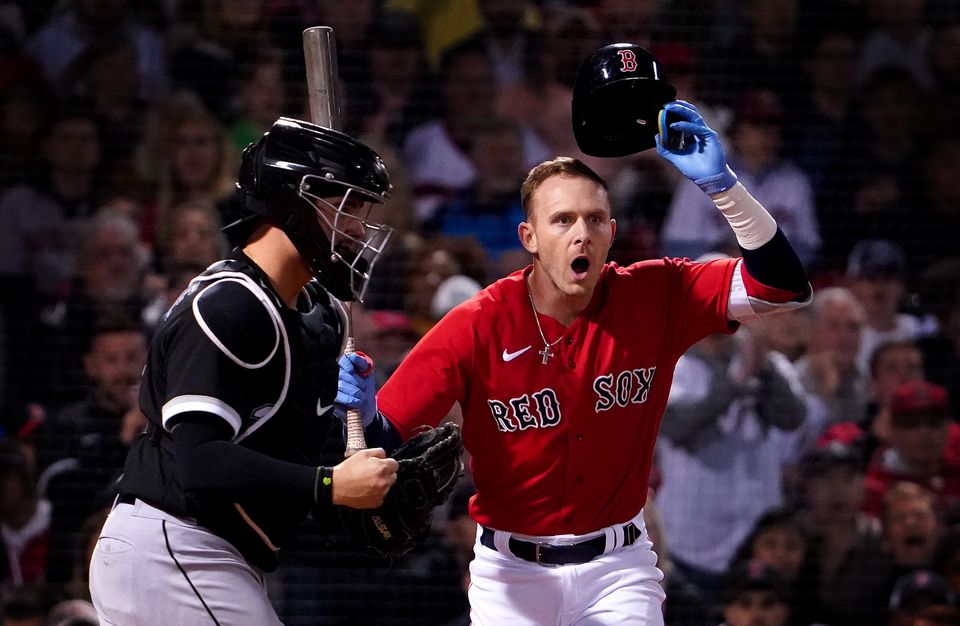 Carl Crawford 2.0? Let's hope not. Trevor Story's bipolar start to his career with the Red Sox has fans questioning if and when his bat will wake up for good. But I'm here to sift through some numbers that help explain some of Story's struggles and why Sox Nation shouldn't be so quick to turn on the Texas native.

Starting with the negative. Story has begun his 2022 campaign with career lows in AVG, OBP, SLG, and OPS through 59 games. He ranks second in the American League in Strikeouts, paired with his 30.6% Whiff%, which falls in the 17th percentile in the Majors. Additionally, he carries an xBA of .229, which is in the 16th percentile. Safe to say that Story's struggles are snowballing, and even after a eight day long hot streak that included 11 hits (7 of them being homers) in 34 at-bats, he still sports a .218 batting average while catching only 18 Barrels in 146 Batted Balls.

These stats could pile on for days, with Trevor Story's historically cold start to his post-Rockies career leaving fans with rightful concern for the production of the converted shortstop. And after inking a deal for six years and $140 million, Story faced a surplus of questions about his future and his past. Did his previous production solely rely on his frequent appearances at Coors Field? Was he signed to replace Xander Bogaerts? Tagged on to the birth of his child in Spring Training and the process of adjusting to a new city, Story's mounting frustrations have reason. But if all hope is lost, Story has proven to his teammates and his coaching staff that he wants to win in Boston and he has committed himself to a turnaround. Following a four strikeout performance in early May, Story reportedly stayed in the Fenway batting cages for 1-2 hours with Red Sox hitting coach Pete Fatse along with J.D. Martinez in efforts to resolve his mechanical, and mental, issues. It is clear that he will not settle for mediocrity and continues to strive to improve in order to help his new club win ball games.Putting all the critiques aside, here's why I think Trevor Story will be JUST FINE:

Using the eye test, over the last few games I've noticed the steady adjustment to Trevor Story's approach at the plate. It seems he's made a conceited effort to drive the ball the other way. This was evident during a two RBI single in last nights 6-5 win over the Cardinals. Beating the shift, Story lined a single into right to extend the Sox lead. The ploy here seems to try and readjust his timing and over the last few series it has seemed to improve his contact. I hope to see this continuing from Story as he gains confidence at the plate and improves his discipline along the way.

Trevor Story had always been renowned as a stellar shortstop during his time in Colorado. But his positional shift to 2B spurred questions from the media but he has quickly put answers to those questions. From high-flying catches to Jeter-like throws (as I just watched against the Cardinals), Story's athleticism and feel for the game have me satisfied that he will find his bat as long as he stays consistent on the opposite side of the ball. Ranking in the 92nd percentile in Outs Above Average, and having 6 DRS, Story's defensive production remains a positive for his thus far.

Rumors have spiraled for decades over the impact the high-elevated Coors Field has on hitters and their approach. Pitches seem to move different and more importantly, the ball seems to fly farther. Yes, there is a history for former Rockies struggling after leaving the Colorado air, but these struggles are only temporary and Story will only improve the more he hits at Fenway. After all, the Green Monster favors the pull-happy hitter he has always been, and adjustment is required after leaving Coors Field naturally. Home/Road splits may be deceiving while a player remains in Colorado, but once Story adjusts to the Dirty Water and the hot summer nights at Fenway, he'll be plastering baseballs on to the Mass Pike in no time.

Thanks for reading. Hope you have a little more faith in Trevor Story after reading this blog. As always, Go Sox.