New Red Sox President of Baseball Operations Dave Dombrowski will have to use his past philosophies in order to fix the issues the Red Sox present.

Share All sharing options for: Dave Dombrowski's past suggests a bright future in store for Red Sox

On the surface, it's easy to understand why some people think Dave Dombrowski is not the right man for the Red Sox. He never won a World Series with the Tigers, he signed some big money contracts that haven't panned out, and he's often been cited on the opposite end of the Red Sox in terms of organizational philosophy, depending heavily on scouting and less on analytics.

But to understand why Dombrowski is so highly regarded around the game of baseball, one needs to look beyond just his .468 career winning percentage as general manager. To understand why the Red Sox believe Dombrowski is the right guy to lead the front office at this point in time, one needs to look at the track record that the 59-year-old put together during his time leading the Expos, Marlins, and Tigers.

There is much more to Dombrowski than his reputation for trading prospects, struggling to put together a competent bullpen and signing over-the-hill players to long-term extensions, much of which can be attributed to the constant pressure from Tigers owner Mike Ilitch to be overwhelmingly aggressive in contract and trade negotiation.

Criticizing Dombrowski simply on the outlook of some of his more questionable moves ignores the context and setting in which such deals were conceived. To understand Dave Dombrowski, an overarching evaluation of his tenures with the Expos, Marlins, and Tigers is necessary.

The reputation that precedes Dombrowski is that he likes to make big, and often incredibly bold trades.

The foremost of these trades is the deal that landed Miguel Cabrera in the Motor City. In exchange for one of the greatest hitters in the history of the game, Dombrowski dealt Andrew Miller and Cameron Maybin, the 10th and 6th best prospects in baseball at the time according to Baseball America. Dombrowski dealt both at the peak of their value in a deal that now looks one-sided, as history has proven both to be overrated at the time.

Dombrowski pulled off similarly lopsided trades before Cabrera, trading away Ramon Santiago for Carlos Guillen, who turned into one of the best shortstops in baseball for a four-year stretch, compiling 18.4 bWAR from 2004-08 and hitting .313/.377/.506 while averaging 16 home runs and 77 RBI per year. Furthermore, after a season and a half in Seattle, Santiago returned to Detroit and remained the team's utility man for the next eight years.

Over the course of 14 seasons, Dombrowski accumulated a surplus of 120.4 WAR, which amounts to a total of 8.6 wins a year. During that time span, the only significant players that Dombrowski traded away in a deal where he didn't receive substantial value in return was the trade of Jack Hannahan (7.7 bWAR in next five seasons), the swap of Jair Jurrjens (10.7 bWAR) for Edgar Renteria (1.1 bWAR) and the deal of Omar Infante (11.0 bWAR) for Jacque Jones (-1.9 bWAR). That Dombrowski has only lost WAR in the accumulation of trades in one calendar year is absolutely remarkable.

The Dombrowski trade that received the most ire from the baseball community in recent years was the deal that sent Doug Fister to the Nationals for what amounted to less than nothing (-1.9 bWAR in return). While Fister was very solid in his first year with Washington (4.5 bWAR in 2014), he has been less than stellar in his second year (-0.2 bWAR) in the nation's capital and is due to be a free agent after the season. A trade that seemed incredibly lopsided after year one has looked less and less so during Fister's second year with the Nationals, if it still seems negative.

In addition, Dombrowski gave out some major contract extensions during his time in Detroit, highlighted by the major deals for Justin Verlander, Prince Fielder, Miguel Cabrera and Victor Martinez. While the signing of Fielder doesn't look great in the long term, he posted two solid seasons in Detroit before the Tigers decided to eat $30 million to trade him to Texas. Oh, and they still received All-Star second baseman Ian Kinsler (9.7 bWAR in two seasons with Detroit) in return.

The major extension for Miguel Cabrera will likely not look great towards the last couple years of the deal, but until Cabrera stops being a Top-10 hitter in baseball, the jury is still out on that one.

The deal for Verlander looks like a bust, for now. The return on Martinez's new deal has not been good. The reports from Detroit, however, suggest that Ilitch had a major hand in deals for Fielder, Cabrera and Martinez. Dombrowski has enough clout with Red Sox owner John Henry--who has proven in the past to be hands-off to begin with--from their time in Miami that it seems likely that he won't face the same overbearing ownership in Boston. And all things considered, none of these contracts looks worse than the signings of Hanley Ramirez, Pablo Sandoval or Rick Porcello.

From here on out, all of the blame (and praise) falls squarely on the shoulders of Dombrowski, something that could never be said during Cherington's tenure running the team. 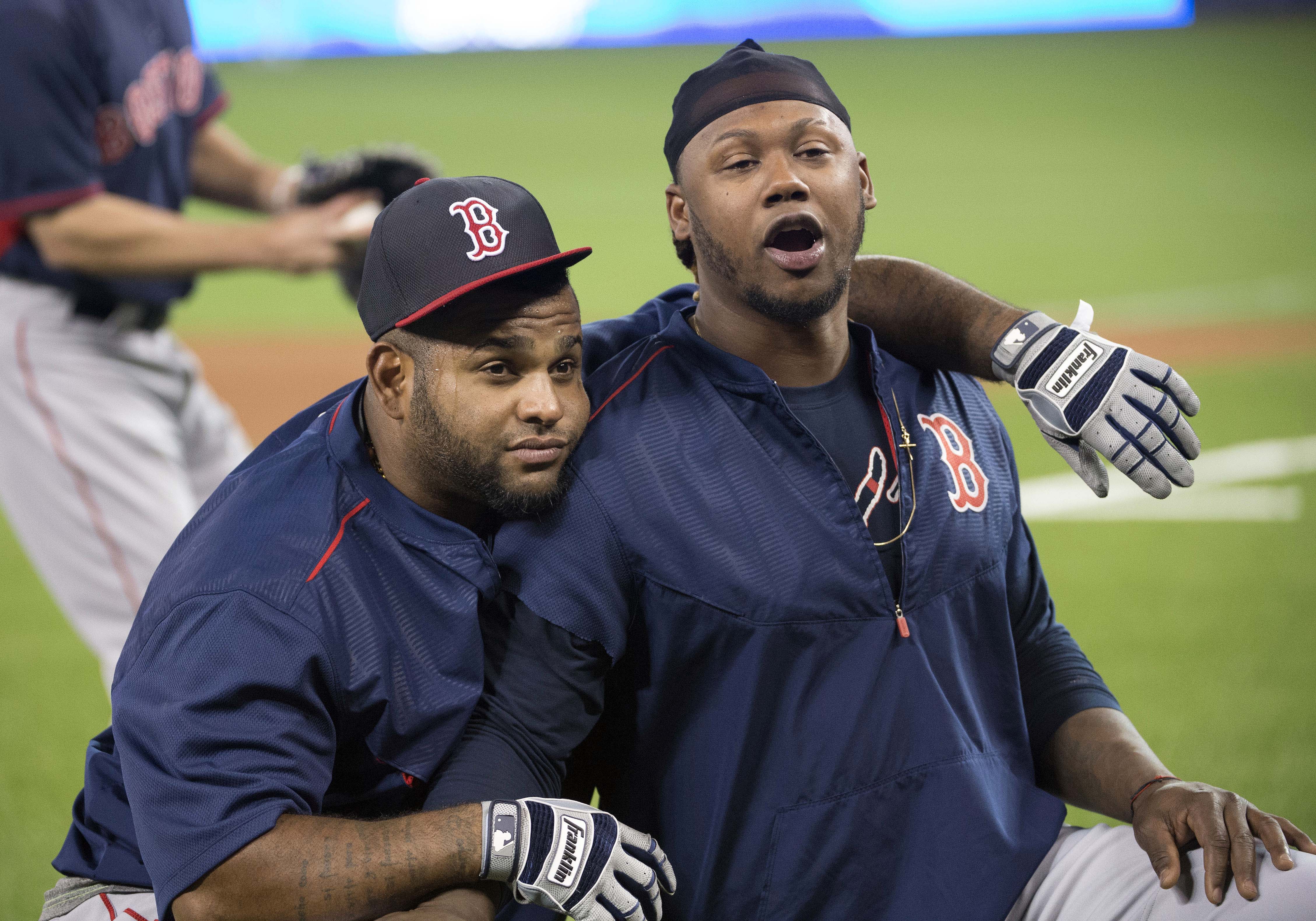 So how does Dombrowski's skillset fit what the Red Sox currently have in the major leagues? The roster, as currently constructed, needs a revamp. Foremost, it will be interesting to see what Dombrowski can get out of teams in potential trades for both Ramirez and Sandoval. The trade of Fielder's monstrosity of a contract suggests that Dombrowski may be able to do something to unload the two major free-agent signings of 2015.

Oftentimes, the best person to fix a team's worst mistakes is anyone but the man who made them.

And then there is the farm system. Dombrowski has proven to be extremely adroit in identifying the right prospects to trade and the right time to trade them. Given the team's current influx of outfield prospects from Manuel Margot to Andrew Benintendi to the trio of young outfielders in Betts, Bradley and Castillo in the majors, the team can afford to trade prospects, whether it's to acquire some solid starting pitching or to sweeten up a deal in an effort to unload the albatross contracts on the payroll.

What Dombrowski particularly succeeded at with Florida and Detroit was the ability to be flexible. With the Marlins and Tigers, Dombrowski dealt with two...extreme owners; in Florida, he was asked to tear down a World Series roster to bare bones, while in Detroit, he dealt with an impulsive, sharp owner who wanted to win, no-holds-barred.

In Detroit, Dombrowski did what Cherington failed to do during the last seasons: rebuild without tearing down. Dombrowski inherited a team with no long-term assets, and as a result, looked outside the organization in the form of trades and free-agent signings. He signed a 31-year-old Ivan Rodriguez, 41-year-old Kenny Rogers and a perceived "injury-prone" Magglio Ordonez and the trio eventually proved crucial to the team's pennant run in 2006. During that run, the Tigers had just one homegrown, blue-chip prospect in their lineup: Curtis Granderson.

The Red Sox desperately need that player evaluation touch right now. Given that the team's three, big off-season acquisitions have flopped, Henry needs Dombrowski to do something to amend those mistakes. 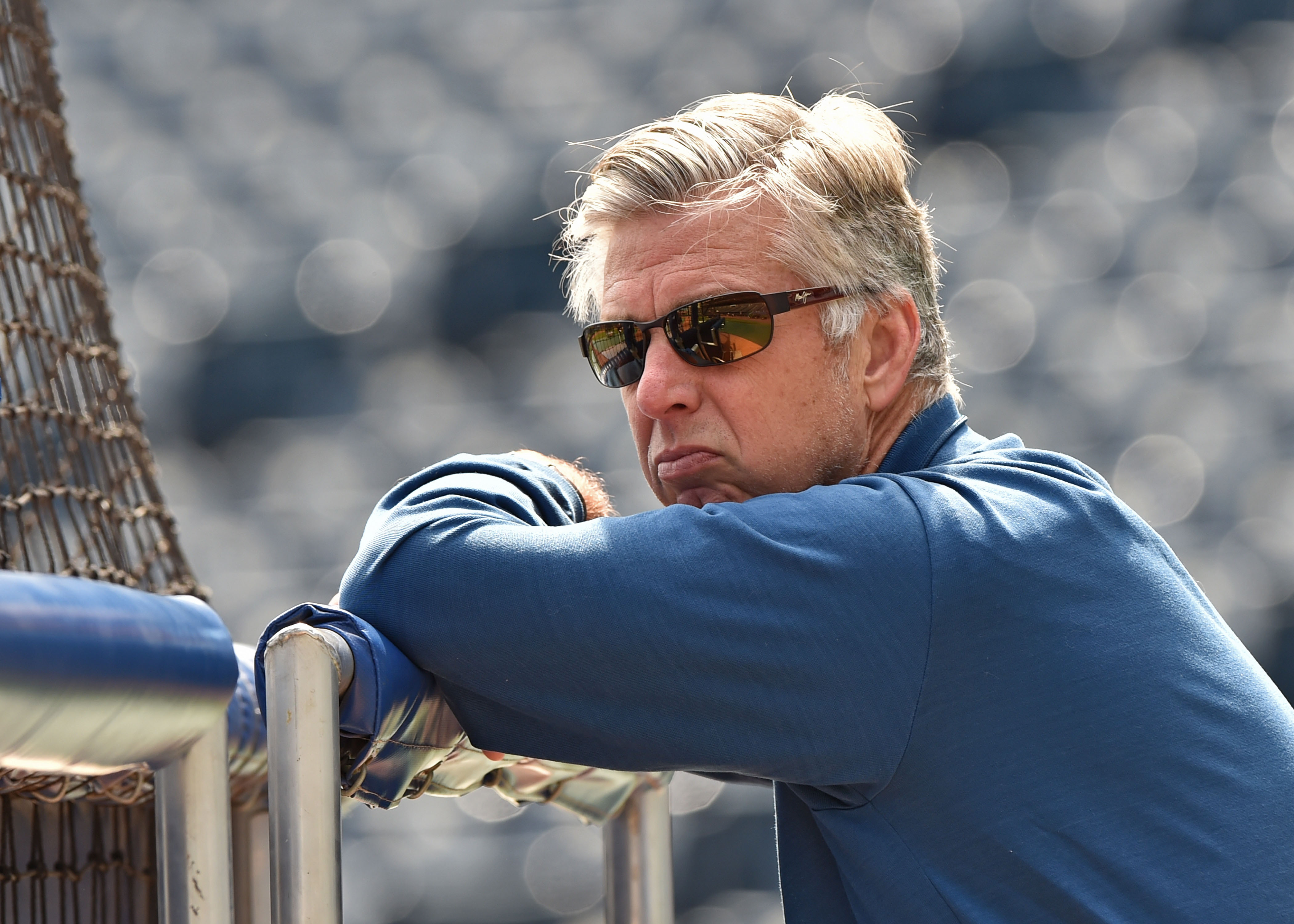 If there's one thing that Dave Dombrowski does well (other than maintain a very full head of hair), it is that he identifies great baseball talent, something he's continued to do in recent years, evidenced by the minor league signing in 2014 of JD Martinez, who has since blossomed into a major offensive force.

In nearly every stop Dombrowski has made, he has found a lot of success building up a wealth of talent. In 1988, the Montreal Expos gave Dombrowski his first chance to run a team when he was 31 years old. When he left the team, Dombrowski had already laid down part of the foundation to the 1993-94 Expos, with Moises Alou, Marquis Grissom, Cliff Floyd and Larry Walker. And while Dombrowski had the assistance of an incredibly deep front office and scouting department, his fingerprints were on the Expos roster during the team's glory years.

When Dombrowski moved on to take over the expansion Florida Marlins, he, again, identified under-utilized talent and created the foundation of a championship team. Dombrowski turned Robb Nen into an All-Star closer. He signed Kevin Brown right before he became one of the best pitchers in baseball. He developed stars in Charles Johnson, Edgar Renteria and Livan Hernandez.

When Marlins owner Wayne Huzienga ordered Dombrowski to tear down the Marlins, he somehow took a terrible ownership situation, traded away his stars, and brought back Derrek Lee, A.J. Burnett, and both drafted Josh Beckett and signed some kid named Miguel Cabrera. Dombrowski left Florida for Detroit before the 2002 season. The Marlins won a championship in 2003.

In Detroit, Dombrowski, for the third time in his career, inherited a disaster. When Dombrowski took over the Tigers, Bobby Higginson anchored the lineup for Detroit. The foundation that Dombrowski inherited was so poor, that just two years after taking over the team, the Tigers posted the sixth-worst record in the modern era, with a 43-119 record. Three years later, the Tigers were 95-67, a jump in winning percentage of .321, representing a turnaround unprecedented in MLB history. Since 1920, the beginning of the live ball era, the most-improved franchises within a three-year span, as Rany Jazayerli wrote in 2014:

The critiques directed towards Dombrowski in recent years are fair. Under his watch, the Tigers failed (at some points miserably) to put together a competent bullpen, dished out some incredibly questionable contracts and, reportedly, trailed behind for years on the sabermetric surge around the game. This overarching criticism of Dombrowski completely glazes over the looming influence owner Mike Ilitch (the 86-year-old owner desperate to win a World Series), whose influence led the team towards signing Prince Fielder as a free agent and re-signing Victor Martinez. The inability to construct an effective bullpen, in particular, held back the Tigers from reaching their full potential in recent years.

Cherington's Sox had failures, successes beyond '13

Ben Cherington leaves the Red Sox with some roster issues, but the farm system is stronger than it was when he took over, and they have one more World Series banner than before.

Cherington's Sox had failures, successes beyond '1

But right now, Dombrowski's strengths--player evaluation in particular--is where the Red Sox front office have really needed help in recent years. The Red Sox' organizational depth is greater than any other team Dombrowski has inherited and during his previous three stops, he has proved time and time again that he can build the foundation of a perennially competitive baseball team. That reason alone made him the most qualified candidate to try to turn around the Red Sox.

"I have no doubts that Dave is the right person to strengthen our baseball operations group going forward," John Henry said in a statement. "He is one of the most highly regarded executives in all of baseball and had options to go with other clubs. We feel very fortunate that he wanted to come to Boston, and wanted to further his career — now with the Red Sox — as one of the great architects of winning baseball clubs."

For the Expos, Marlins and Tigers, Dombrowski needed to create the foundation from ground zero. Dombrowski was given nothing and turned it into a pair of World Series winners and perennial contention. Compared to every other situation Dombrowski has inherited, the Red Sox are like a treasure chest: the team has already established young stars and is equipped with one of baseball's deepest farm system. John Henry hopes Dombrowski can take what is already in Boston and do what he is done for three other teams he has worked for in the past.

What Dombrowski does with a team that already has a set foundation is anyone's guess.