Over the Monster mailbag: Time to chase the Kung-Fu Panda?

Could Pablo Sandoval be the starting Red Sox third baseman on Opening Day 2015? That and more answered in this week's Over the Monster mailbag.

Share All sharing options for: Over the Monster mailbag: Time to chase the Kung-Fu Panda?

The Red Sox' third base situation next year is completely up in the air. I wish I had a crystal ball and could say who is going to take the field on Opening Day 2015 for the Red Sox, but alas, I'm just a college student who spends too much on Twitter typing away on my laptop.

Given his performance/injury history the last two seasons, Will Middlebrooks has not locked up a position on the team for 2015. The third baseman has been inconsistent and unreliable when the team has called upon his services and manager John Farrell brought up the possibility that Middlebrooks could play winter ball somewhere following teh 2014 season.

"It would be beneficial, I think, to make up for some at-bats that might not have been there," Farrell told reporters in the Bronx before the Red Sox's game against the New York Yankees on Wednesday. "He did get some regular at-bats while he was on a rehab assignment. But yeah, there have been a number of at-bats missed here this year. There's been a conversation had, and yet, trying to work through that right now."

While Ramirez is certainly the most talented player of the bunch, Sandoval represents the best fit for the Red Sox. Sandoval will be 28 years old to start the 2015 and has been an extremely consistent player from year-to-year, posting a batting average and excellent on-base numbers. Despite his size, Sandoval is also an excellent fielder with good range and a strong arm. He currently ranks top-ten in all of baseball in Defensive Runs Saved among third baseman with seven, trailing Josh Donaldson, Nolan Arenado, David Wright, Chase Headley, Kyle Seager and Adrian Beltre

One agent brought up the Adrian Beltre contract with the Texas Rangers as a nice comparison. Given the current state of contracts in baseball, a five-year deal in the range of $80 million to $95 million could be in play for Sandoval given his age and consistent track record. One thing to keep in mind, however, is that he has had issues in the past with managing his weight.

No doubt the catching tandem will include Christian Vazquez in 2015. But, will he be the starter or backup? Will the Red Sox re-sign Davis Ross, or bring in a new catcher? Will the catching situation change later in the season? 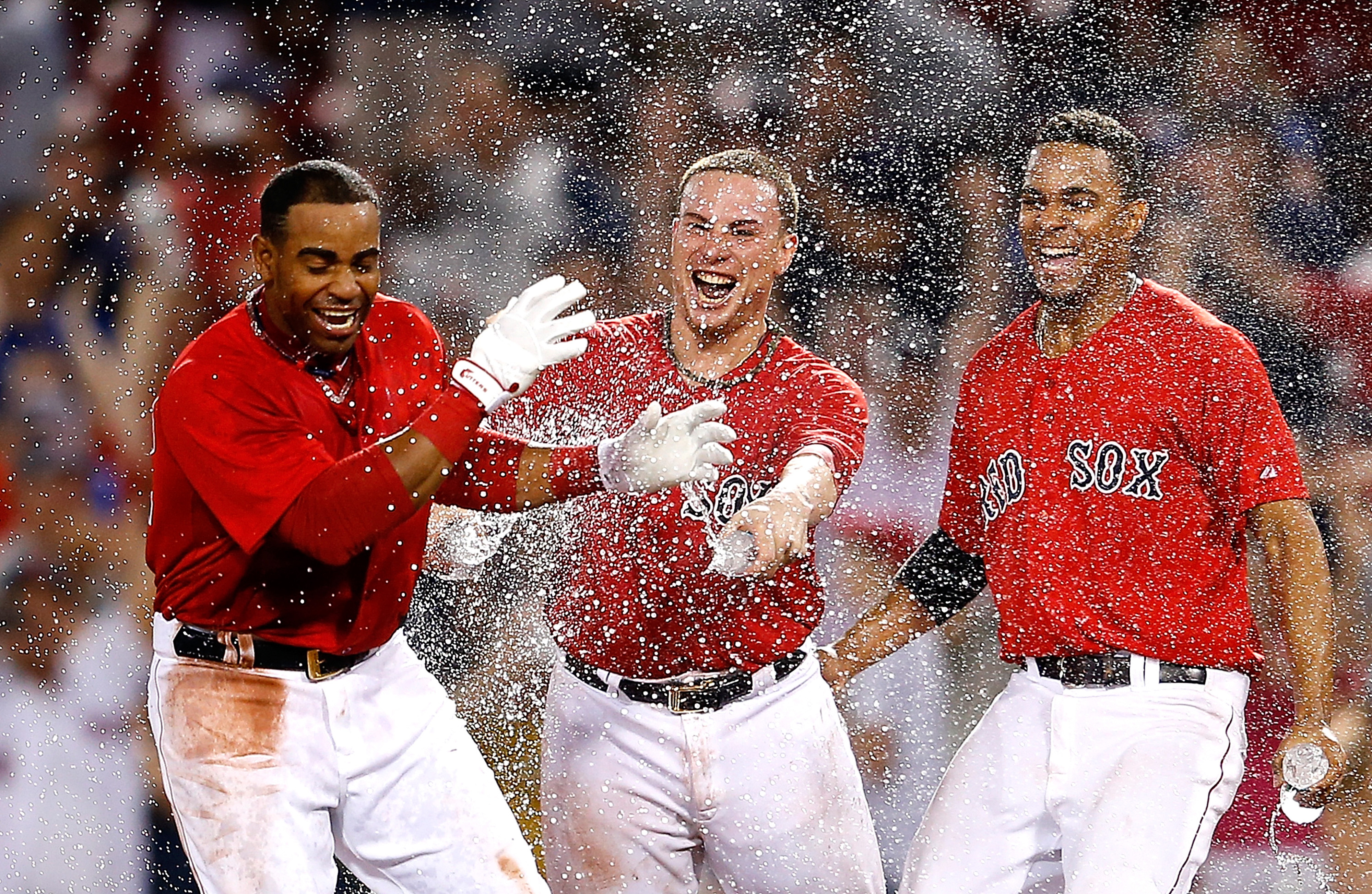 The catching situation moving forward completely depends on what the team wants to do with Blake Swihart. Do they want to have him as the catcher of the future or do they want to package him in a deal for a major piece? Swihart is the most valuable prospect chip that the team currently possesses due to his status as the top catching prospect in baseball.

There is a chance that David Ross retires after the season and the team will need to go after another catcher to backup whoever the starter is. Among the catchers on the market are Gerald Laird, Geovany Soto, John Buck, Wil Nieves and iPad aficionado A.J. Pierzynski.

If the team decides to keep both Vazquez and Swihart, the latter will likely be big league ready by mid-season. Both catchers, however, deserve to get starting playing time to develop to their highest potential at the major league level.

I love Koji and I'm not suggesting we take the role as closer away from him or get rid of him, but what does the future look like after his tenure in Boston is over? Are there any internal candidates that stick out or would Cherington look to acquire a new closer through free agency or via trade?

The most notable in house candidates to close, in my eyes, are Heath Hembree and Rubby De La Rosa. Hembree, who came to the organization in the Jake Peavy trade, has a solid low-to-mid 90's fastball and an electric slider. Consistency has been Hembree's kryptonite thus far in his major league career and will ultimately determine whether or not he's a major league closer.

De La Rosa has the potential to be an excellent closer given his plus stuff, but right now, he is solely focused on becoming an effective starter at the major league level.

It's important to remember that nobody saw Koji Uehara becoming the closer when he signed in Boston a couple of years ago. While I am of the belief that the majority of good relievers have the potential to become good closers, there are some (such as Mark Melancon) who simply can't put it together in Boston, despite their abilities.

The short answer is that I have no idea who the next Red Sox closer will be, but there is a good chance it's someone that we haven't even remotely thought about yet.

What are your thoughts on the Red Sox targeting Jose Quintana as a trade candidate this offseason? I have heard Chris Sale's name come up a few times by the Boston media, but I think Quintana is a more realistic candidate. Obviously spitballing - would Betts, Nava, and Escobar get it done? 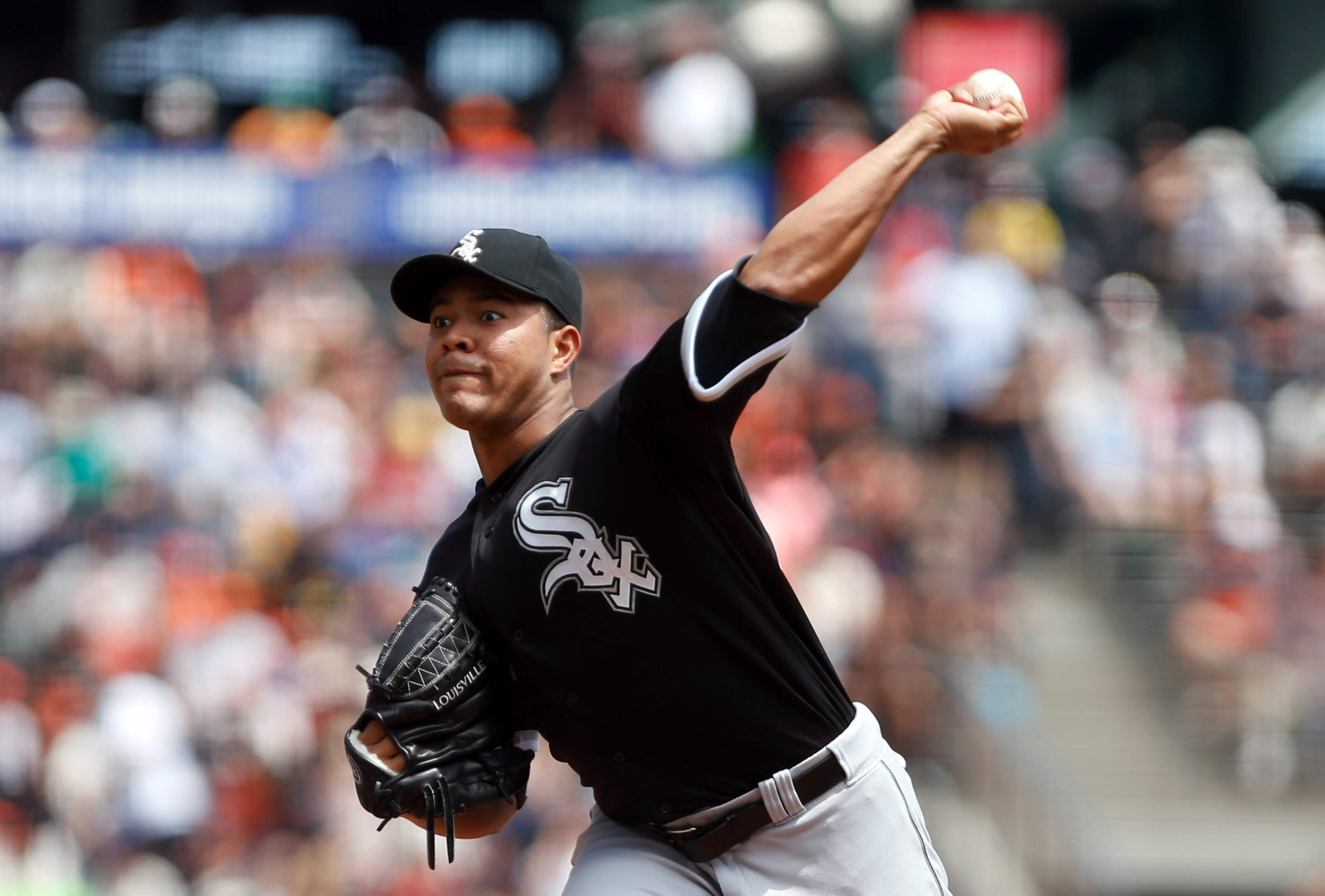 Quintana is a really interesting pitcher. He's been vastly underrated for a couple of years now and won't take as much to acquire in a trade package as someone such as Sale. By sabermetric estimations, Quintana is putting together his best season in 2014, posting a 2.86 FIP, 0.36 HR/9, 7.56 K/9, 2.55 BB/9 and 4.5 wins above replacement.

A package for a guy such as Quintana likely would not take a guy like Betts to get done. However, a lower-level guy such as Manuel Margot, another Triple-A arm and a major league ready player such as Daniel Nava could make sense.

The conversation for a guy like Quintana also brings up the talk of look for a mid-rotation pitcher. One personal favorite of mine is Brandon McCarthy. Besides his highly entertaining Twitter feed, McCarthy is a very solid arm who keeps the ball in the strike zone. Since being traded by the Diamondbacks, McCarthy has posted a 2.80 ERA, 3.03 FIP, 8.39 K/9, 1.54 BB/9. The 31-year-old has been someone the Red Sox have been interested in before.

If Manny Ramirez was a tree, what kind of tree would he be?

The Red Sox general manager puts to rest the idea that Bradley was demoted for more than his struggles.

Rusney Castillo is still shaking the rust off in the minors, but Ben Cherington has made it clear that Boston's new outfielder will play in the majors before 2015.

After some research, I've come to the determination that Manny Ramirez would be the Northern Catalpa tree. The Northern Catalpa is a late blooming flower tree that can potentially have a negative effect on other plants and shrubs in your garden is not take care of properly, requires cleaning up after and needs plenty of space in order to avoid it crowding out other plants.

If you have not already, take a read of Ken Rosenthal's feature on Manny Ramirez' changed perspective as a coach in Triple-A for the Chicago Cubs.

I leave you this week with a video from The Tonight Show of Mo'ne Davis making Jimmy Fallon look silly with a whiffle ball (which is deserved considering the train wreck known as Fever Pitch).

Mailbags (almost always) go up Friday mornings, so leave your questions in the comment section below, tweet them at me (@iamjoonlee) or Ben Buchanan (@OverTheMonster) with the hashtag #OTMMailbag or send me an email at heyjoonlee (at) gmail (dot) com.