With the offseason quickly approaching, there are a few positions to watch in September as the team decides what their strategy will be this offseason.

Share All sharing options for: Red Sox position battles to watch in September

The Red Sox have been out of the playoff race for months now. College football started last weekend and the NFL starts tonight. Basketball and hockey are right around the corner, and the fall TV schedule is about to kickoff. So, why the hell are we still watching this team every night? Well, there are a few reasons, even beyond just that we enjoy watching them. Ben outlined one the other day, explaining the pleasures that can come by spoiling another team’s playoff dreams. There’s also the young players, headlined by Mookie Betts, who are getting their first extended look at the highest level. That, in a nutshell, is why we still watch. While this year is essentially over, we can use this time to look towards the future. With the expectation being that Boston should return to contention in 2015, we can start to try to figure out what holes will need to be filled in the offseason, and how the front office can fill them. There are four positions in particular that will be important to watch as the offseason gets closer and closer.

Obviously, this is the position that has seen the most changeover in the last six months. Before the trade deadline, the Red Sox traded away four-fifths of their rotation, meaning a complete facelift will be taking place between now and Opening Day 2015. Replacing Jon Lester and John Lackey with internal options could be tricky, so the top of the rotation will most likely be filled by players currently outside the organization. The rest of the rotation, however, could be made up of an almost infinite number of combinations with pitchers already on the roster, and their performances over the next couple weeks serve as an audition for the roles. Assuming he isn’t dealt, Clay Buchholz will have a role in the rotation. His performance in the remaining days could determine how long his leash is, though. Despite his rough season, he has pitched much better lately, with four quality starts in his last six games, including a complete game shutout in his last outing. It’s hard to imagine Joe Kelly pitching out of the bullpen, either, considering the cost of acquiring him. That leaves one, maybe two, spots for all of the young pitchers vying for a spot. The competition for these final spots in the rotation would seem to be between Rubby De La Rosa, Anthony Ranaudo, Allen Webster and Brandon Workman. They will have these final weeks to show that they can handle a starter’s workload and have the arsenal to make it work. While they’ve all shown flashes of brilliance, they’ve also shown signs that they are best suited for the bullpen. This is their final chance to prove they should be starters against meaningful competition. 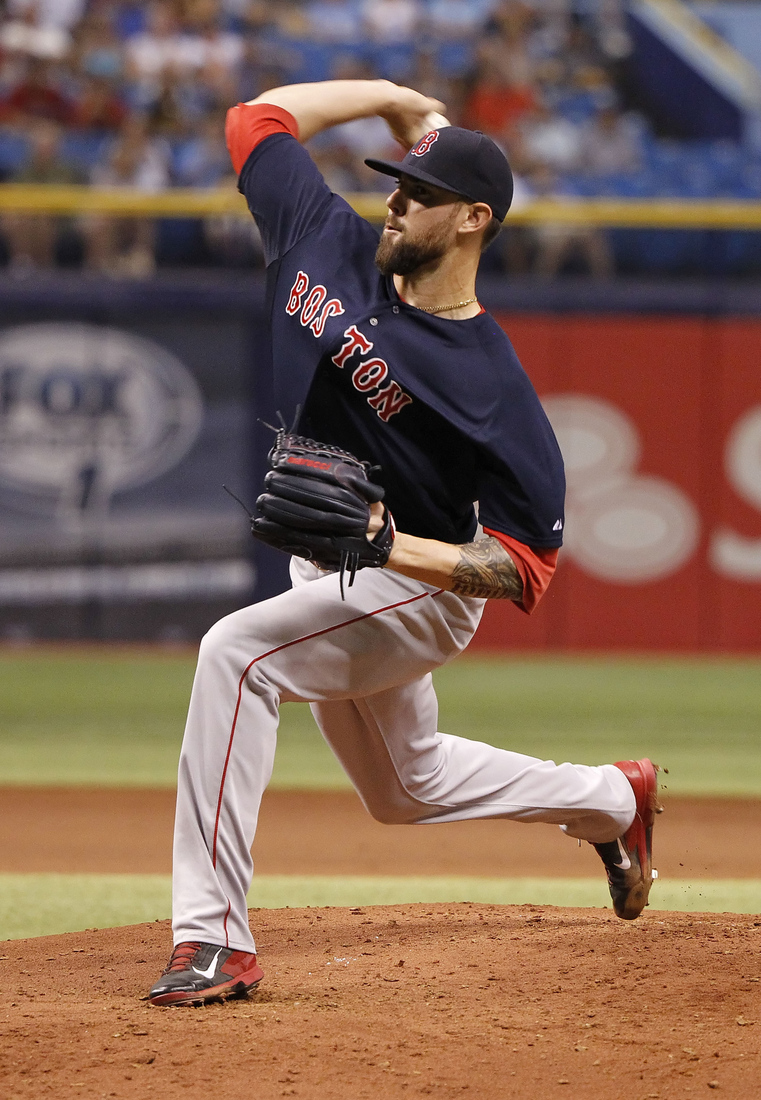 The outfield has been a huge topic of discussion around these parts, and for obvious reasons. Formerly a position with a lot of holes and question marks, it is now among the deepest positions on the roster. As with the rotation, there are tons of ways this could shake out. To me, the most interesting position out there is in center. While Rusney Castillo’s contract implies that he will be given an everyday role next year, it could come in either right or center field. Assuming that Daniel Nava gets most of the at bats in right field in the final weeks of the year, as he has lately, then center field becomes a fascinating position to watch. After the minor-league seasons all end, they will have Castillo, Betts and Jackie Bradley all fighting for playing time out there, each with major questions. How will Castillo look in his first taste of the majors, and how will he play Fenway’s strange dimensions? Will Betts still look as good as he has with teams getting more and more video on him? Did the time in Triple-A help Jackie Bradley’s bat at all? Next year’s outfield will likely be comprised of players who are already in the organization, it’s just unclear who those players will be. The next few weeks will serve as something of a competition for three players with a lot to gain.

A bit overshadowed by the rotation and the outfield, third base is going to be an interesting situation to follow this winter. Will Middlebrooks’ upside continues to entice plenty of evaluators, but his performance on the field continues to be less-than-impressive. Now, there is even talk of him playing winter ball. At this point, it’d be surprising to see any changes to his game in the next few weeks, and it’s hard to imagine him being handed the starting role next season. The question then becomes if the other internal options can handle that role. Brock Holt has had his miracle season, but has hit just .236/.295/.268 since August 1. Garin Cecchini will almost certainly be recalled after Pawtucket’s season ends, and could get some opportunities at third in September. Given his disappointing season at AAA and questionable defense, it’s hard to see him getting too big of a role next season. However, if he, Holt and Middlebrooks can show enough now, it may push the Red Sox to pass on the external candidates who will be available in the offseason.

Here, we have the position that I feel is most overlooked when talking about potential holes on next year’s roster. It’s not necessarily that Christian Vazquez can’t handle a starting role, either. It’s worrisome that he is only hitting .224/.290/.267 on the year, but it’s his first experience at this level and his defense helps make up for it. There’s also the fact that there isn't a lot of starting-quality catching available in the game right now. Dan Butler, though, is someone I’d like to see more of down the stretch. It looks like a real possibility that David Ross could be back next year, but it’s tough to count on him to remain the backup all season. Without knowing how long it’ll take for Blake Swihart to be ready to jump to the majors, Dan Butler becomes that much more important. He’s struggled in AAA this year, and there may be reason to look for better depth next year. It’s not a terribly important position compared to the others listed here, but with Ross’ age and Vazquez and Swihart’s lack of experience, a good third catcher could prove valuable next year. Dan Butler has a few weeks to make the case that the role should go to him.

JBJ's stubbornness got him sent back to minors

JBJ's stubbornness got him sent back to minors

Compared to last September, this year’s version is a hell of a lot less exciting. There’s not pennant race, there won’t be many tense moments with Koji on the mound, and there won’t be those heart stopping walkoffs. However, that doesn’t mean there isn’t reason to watch, as a few positions are getting a head start on next year’s battles. The rotation, center field, third base and catcher all have question marks heading into the offseason, and in-house players will be trying to prove they deserve opportunities. So while we could be watching football or the new fall shows, we’ll be watching Red Sox baseball, trying to figure out what is going to happen between now and next season.