With his offensive struggles this year, Dustin Pedroia's contract value has come into question. It shouldn't. It's still a fantastic contract.

For writers, this time of year can be pretty brutal when the team is out of the race and has been for quite some time. There just aren't as many topics to discuss, so you need to get creative in finding something to write about. For some reason, Dustin Pedroia has recently become a common source of writing topics, with the majority of them being negative. Just last week, I defended the second baseman from the idea that he should be dealt this offseason. Now, there has been some talk about his contract, and whether or not it is something the Red Sox could possibly start to regret.

This is actually a story that's come from at least two different sources (that I've seen.) Both Gordon Edes and Peter Abraham have written on the subject. Of course, there are valid reasons for their concern, as Pedroia is in the midst of his worst season, and is under contract for seven more years. With that being said, it's not enough to make one of the most team-friendly long-term contracts in the game suddenly become a liability.

Anthony Ranaudo is not fooling anyone

For both Edes and Abraham, the biggest concern is Pedroia's health. We all know about the various injuries he's dealt with in the recent past, and how it has affected his game. However, even with all of the injuries, just twenty position players in all of baseball have played in more games since the start of the 2011 season. While the injuries have contributed to a noticeable dropoff in production, he is still eighth in baseball in fWAR in that time, and 15th if you start in 2012. Obviously, WAR has plenty of flaws and isn't a perfect judgement of talent, but Pedroia being safely in the top-25 over a three-to-four year stretch shows that his injuries may not be affecting his overall game as much as we had previously thought.

Looking at Abraham's piece specifically, it seems to have a direct link between signing Pedroia to his contract, or signing Jon Lester to an extension earlier this season. This appears to be revisionist history. There is no reason that both could not have been signed. The Red Sox were in talks with their left-handed ace all season up until the trade deadline about an extension. This coming offseason, the front office will almost certainly be spending big dollars on at least one starter, and probably two. It absolutely did not have to be one or the other.

Still, just to play this game, it's still not clear to me that I'd give Lester his extension over Pedroia anyway. For one thing, it's much riskier to give that kind of long-term deal to a pitcher, who are breaking down at an alarming rate. Hell, even the iron man Bronson Arroyo wound up needing Tommy John this season. If he's not safe, no one is. On top of that, Pedroia has such a huge effect on the rest of the team, both on and off the field. 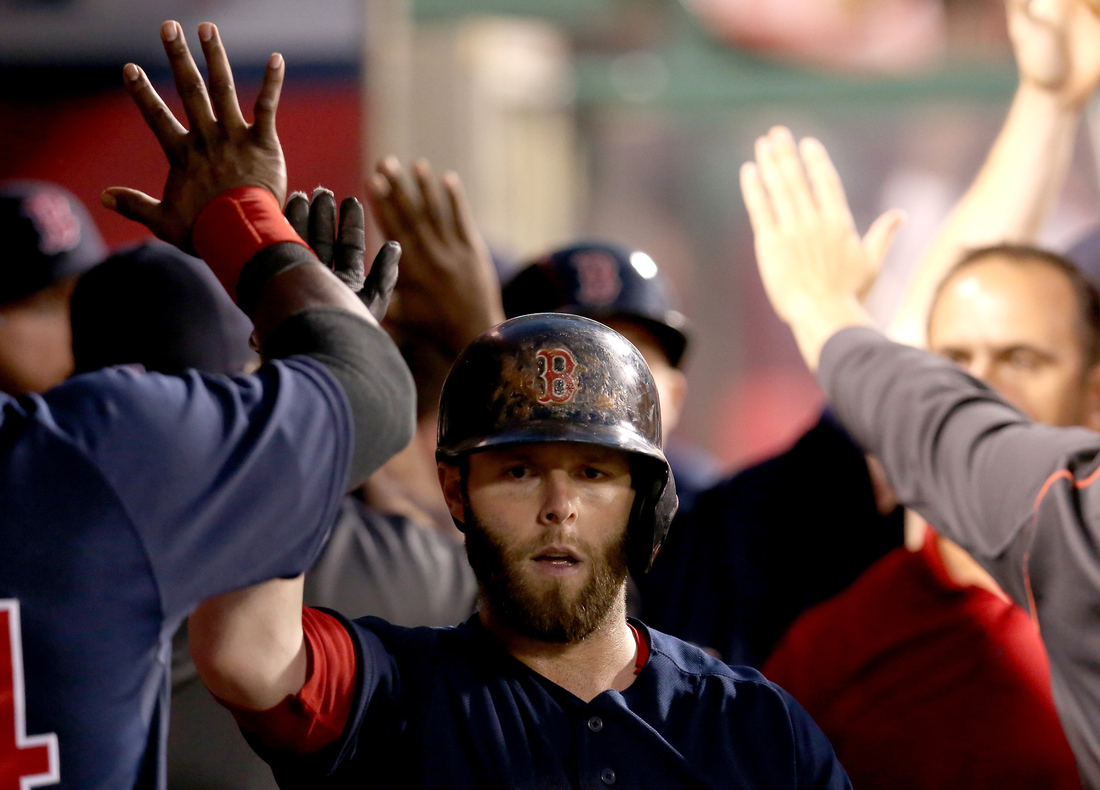 The biggest knock against him has been his lack of power, which is completely fair. He has an ugly .098 Isolated Power this season, and it's at just .124 since the beginning of 2012. It's likely we've seen the last of his slugging days. Still, he's an on-base machine at the top of a lineup that now features an intriguing batch of power hitters residing in the middle of the lineup. Having Pedroia's .353 OBP (since the start of 2012) in a lineup with David Ortiz, Yoenis Cespedes and Mike Napoli should lead to runs. On the other side of the coin, he is one of the best defensive players in baseball, and does it at a key position. With that kind of glove in the middle of the infield, pitchers are going to have an easier time keeping opponents off the bases. Of course defensive metrics have a long way to go, but the 31-year-old has been a top-10 defensive player in baseball by DRS, UZR and UZR/150 over the last three years, and has shown no signs of slowing down. Finally, as I wrote in last week's "defend Pedroia" post, he is a perfect clubhouse player. He helps rookies become acclimated while keeping veterans loose. He is a fierce competitor, but one that teammates all seem to genuinely enjoy being around.

Now, let's take a look at the actual contract. Signed last year with a year-and-a-half remaining on his current deal, Pedroia was locked up for six more years, with an average annual value of $13.75 million. For a player of his caliber, that is a borderline outrageous AAV. To put it into context, I used Cot's Contracts' archive of players' salaries and looked at some notable players who recently signed long-term deals with a higher or similar AAV to Pedroia's extension.

Now, Pedroia is not better than every player on this list. However, I think it's fair to say that his contract has better value than any other player there. For example, two middle infielders stood out to me. The first is Dan Uggla, but that was mostly because I forgot how much money he was making in his ridiculous contract. The other is Elvis Andrus. Like Pedroia, Texas' shortstop is a defense-first middle infielder who is under contract for eight more years. Unlike Pedroia, however, he has never put up an above-average offensive season by wRC+. Pedroia finished his season at 99, which is his first time below 100 since his first taste of the majors back in 2006. Also on the list is Ellsbury, which is a good example of what happens when you don't extend a player when you have the chance. There is no doubt that he is a fantastic player, but the Red Sox will never compete for that kind of player on the open market. They need to give out Pedroia-deals when the opportunity presents itself.

This has been a rough season, and it's brought out negativity from all of us. Pedroia's offense is falling to a level that is hard to watch given how well he's played in the past. However, to start questioning his contract extension is taking it to an extreme. He is making the same amount of money on an annual basis that Nick Swisher was given on the open market. It's still a steal of the Red Sox. As with any player over 30, there will be bumps and bruises along the way, but in eight years when the contract is over, I have a hard time seeing that anyone will regret it too much.