What is a Cole Hamels worth to Boston?

Cole Hamels would be a fantastic addition to the Red Sox rotation. But in a free agent market with plenty of options, is a trade really called for?

Share All sharing options for: What is a Cole Hamels worth to Boston?

While we've yet to glimpse even the smallest actual flame, there's been plenty of smoke surrounding the Red Sox and a potential trade for star Phillies pitcher Cole Hamels. Even before it was clear that the Red Sox would be heading into the offseason with neither a new contract for Jon Lester, nor John Lackey's option year, there was talk that the team would be looking to acquire Hamels and his four-year contract from Philadelphia rather than look to an open market filled with big names and big demands.

Obviously, Cole Hamels is a commodity. There are times when the Red Sox are involved in trade rumors for players with massive contracts who, while perhaps an improvement over some players currently on the roster, would actually be more likely to hurt the team than help whether in the long term or the short term. Hamels isn't that sort of player, and is not particularly close to being one either. He's one of the most productive pitchers in the game with the peripherals to back it up, and if he were to hit free agency tomorrow, would command one of the largest contracts of the offseason, even in this class of aces.

That last bit there, however, is why Cole Hamels is probably not worth nearly so much to the Red Sox as it might seem. He's an excellent player, and absolutely a commodity, but he's hardly unique. With the likes of Max Scherzer, Jon Lester, and James Shields hitting the open market in just two months' time, Cole Hamels does not represent a unique commodity as he would in most years.

The one thing that sets Hamels apart from the rest, and the reason why he has been linked with the Red Sox so frequently, is that Hamels is already locked up on a four-year, $90 million contract with a team option for a fifth season. It feels silly to say that a contract pushing on nine digits is a point in Hamels' favor, but there's no doubt that it is. If a team wants to pick up a comparable player in terms of quality, they're either going to have to turn to an older (and thus less reliable) James Shields, or offer up more years and, likely, a couple million more dollars per year to the likes of Lester or Scherzer.

So that's why a Hamels trade even enters the conversation, but the Red Sox can't allow themselves to make the mistake of ignoring the context provided by the free agent market. Because however valuable Cole Hamels is when you put his skills and contract situation together, to the Red Sox his worth is tied purely to how much or little they value that extra financial flexibility.

Of course, those two words have seemed to mean an awful lot to this team over the last few years. But financial flexibility is not the end goal, but rather the means to ensure that, when the team has an opportunity to make a positive move, they have the financial resources to do so. At some point the Red Sox have to ask themselves what is worth sacrificing financial flexibility for, and any Hamels trade may well push past that line.

Consider, for instance, the situation where the Red Sox trade away Mookie Betts to get Cole Hamels. At the moment, Betts has been worth 1.1 WAR by Fangraphs' measure and 1.8 by Baseball Reference's, putting him on pace over a full season for somewhere in the rather large range of four to seven wins. Let us, however, err on the side of the rookie with 40 games of experience not being one of the best players in the game, and say he's on the lower end of that scale. Three-to-four, even. 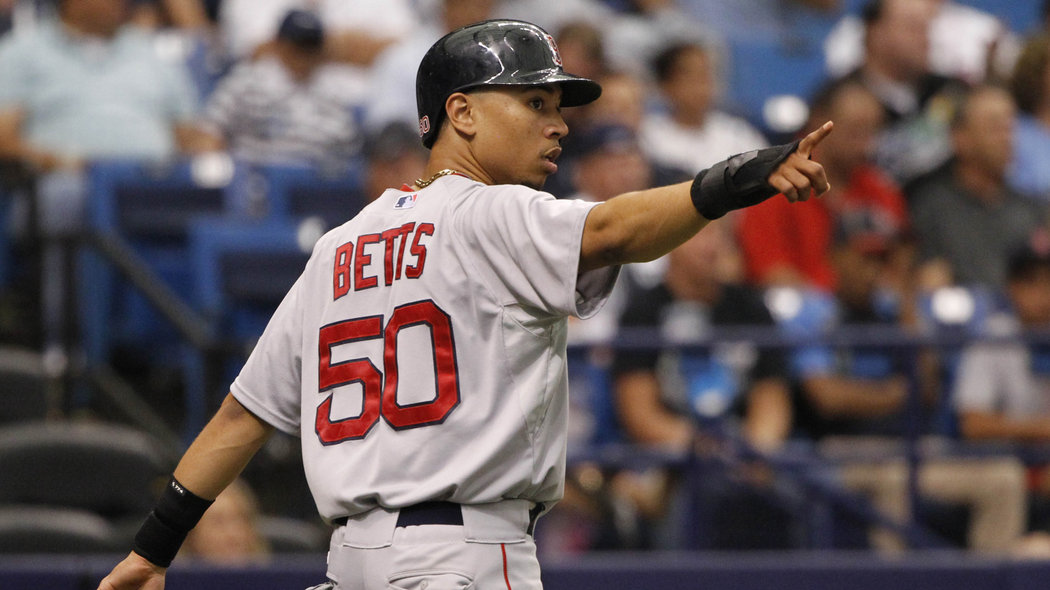 I'm not going to start quoting WAR valuations at you because frankly they always end up sounding fairly silly. But I will say we're talking about at least $10 million to replace that value in free agency for the six years of team control. And if, by the end of that time, the Red Sox have to shell out salaries approaching that due to arbitration hearings or contract extensions, that's only because Betts will have proven better than that 3-to-4 WAR player we stipulated earlier.

Taking that into consideration, Hamels starts looking less like a $22.5 million expense from 2014-2017 with nothing after and more like a $32.5 million expense from 2014-2017 with $10 million tacked on in two seasons where he might not even be with the team anymore. Suddenly the Red Sox are dropping $150 million over six seasons on that new pitcher whether they want to or not.

Red Sox in for one, but not two big FA pitchers

What about the middle of the Red Sox rotation?

Red Sox in for one, but not two big FA pitchers What about the middle of the Red Sox rotation?

Granted, that still does preserve that financial flexibility of theirs to some extent. The team is very likely able to take that slightly bigger hit now, while the future might bring any number of unexpected demands on their payroll. And granted, Mookie Betts has played all of 40 games. It's hard to call even the three win projection conservative when talking about a prospect with such limited experience.

For all that, however, I find myself reluctant to pull the trigger on any sort of trade involving top-flight prospects for a pitcher like Cole Hamels when there are other options to be found on the open market. If the Red Sox want to be a team with top-tier talents without giving away massive contracts to players who are nearing 30, there are two ways to do that. They can trade for players like Hamels with shorter contracts, or they can grow their own. The difference is that with guys like Hamels you have to renew the process every four years. Should a player like Mookie really hit, there's the chance to hold onto them for quite a bit longer before you have to start thinking about whether you really want to get locked into a $25 million salary for a player's age 36 season.

If Ruben Amaro Jr. is in one of his moods and isn't demanding a player like Betts or Bogaerts for Hamels, then sure, the Red Sox should absolutely be open to acquiring Hamels rather than playing in a dangerous open market. But if he's only after truly premium prospects, then it's probably time to bite the financial bullet and look at that big six-to-seven-year contract as an investment in both an ace, and in the potential for a young star who could bring even more to the table.