With the Cardinals and Red Sox squaring off for a three-game World Series rematch, we asked Aaron Finkel of Viva El Birdos a few questions about his team of interest.

The Red Sox head to St. Louis for a World Series rematch in Busch Stadium. The Red Sox, however, are very clearly in a different position than where they were in 2013 during the Fall Classic. The Cardinals currently sit in second place in the National League Central, one game behind the Milwaukee Brewers, at 59 wins and 51 losses.

These are the expected pitching matchups for the series:

Joe Kelly will make his Red Sox debut against his former team. Rubby De La Rosa hopes to snap his streak of bad outings away from Fenway Park while Brandon Workman hopes to bounce back from a string of subpar starts. Unfortunately, old pal John Lackey will not be making an appearance against the Red Sox.

1. What in the world is going on with Allen Craig?

I think it's health. He fractured his kneecap in June of 2011, which required a lengthy DL stay and then surgery in the off-season, and you all know about his lisfranc injury in 2013. He just turned 30, and was never particularly athletic to begin with, so it makes some sense that major injuries could lead to some chronic problems for him. He's especially had problems with inside pitches from righties this year, which points to some lost quickness in getting his body turned, so I think that supports the injury theory as well. That said, Allen Craig is a tremendously smart and skilled hitter, and regardless of whether he can get his body right, I think he stands a good chance to rebound. We'll miss him in St. Louis.

2. What have you seen out of Joe Kelly?

Joe Kelly is a first-class goofball and good dude. You all will like his personality. I'm not entirely sure you'll like his pitching, though he could be very good in the bullpen. He throws a hard two-seam fastball that gets a lot of grounders, and has decent secondary offerings, but hasn't consistently commanded them yet. His excellent major league ERA is courtesy of a completely unsustainable LOB%, and Kelly walks too many guys given his poor strikeout numbers. One of our other editors, Craig Edwards, recently compared him to Wily Peralta, which I think is about right if he he puts it all together. If not, he'll end up in the pen. I would guess the latter is more likely. It's worth noting he's an outstanding athlete and is now one of the fastest players on your team. 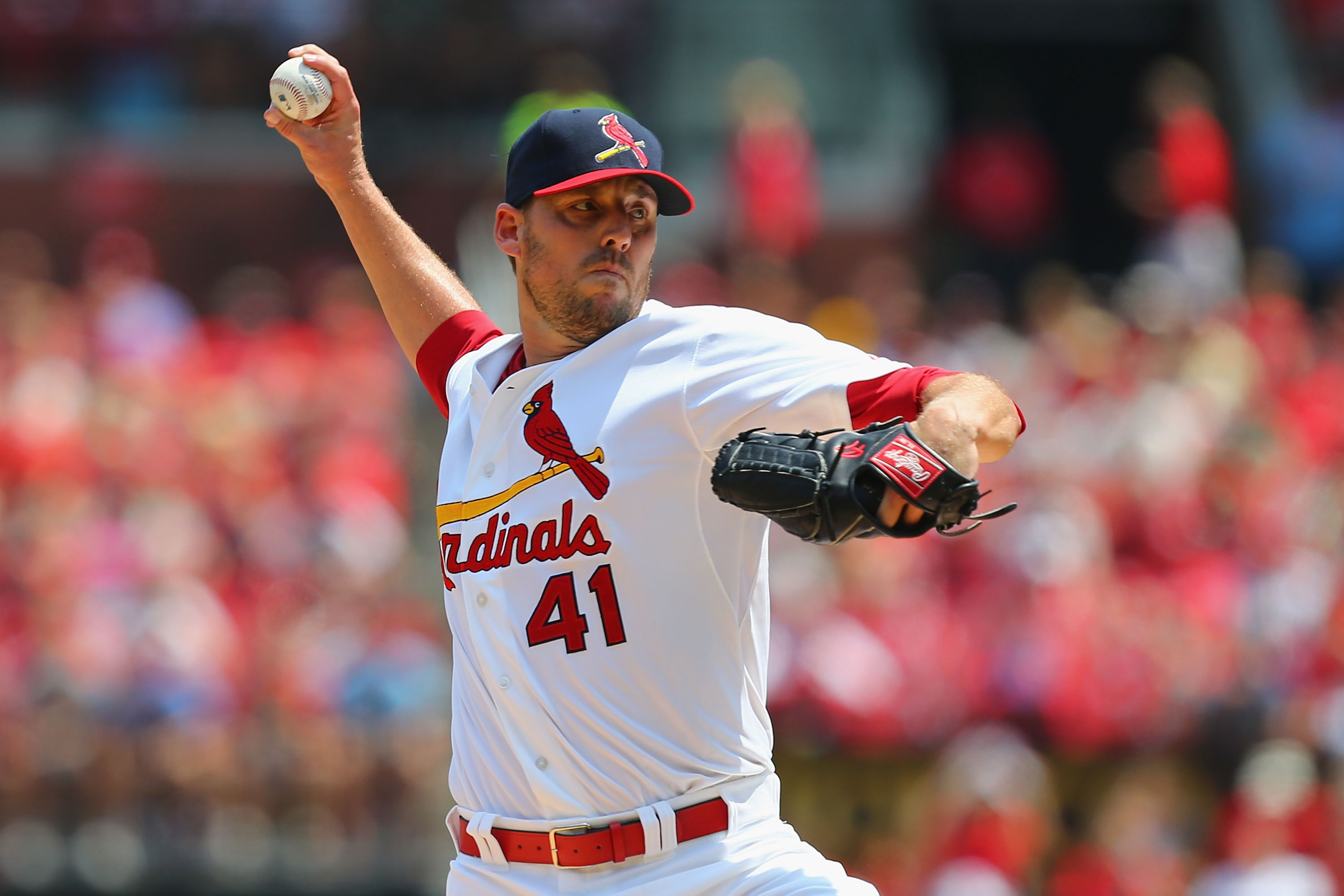 3. Do you think John Lackey fulfills the needs of the team?

Yes, I do. The rotation, so deep before the year began, is a mess right now. Lance Lynn is really good, but I have concerns about everyone else. Adam Wainwright might be hurting, Shelby Miller is a bit of a project, Jaime Garcia is hurt again, Michael Wacha's return date is questionable, and Carlos Martinez is in AAA working on consistency. There are a number of minor leaguers who are near ready, but Lackey provides a reliable option for the next 14 months, and that's very valuable right now. I think he'll be a far better pitcher than Kelly over that duration, and the organization is deep in young starters behind him. I'm not normally one to buy into team chemistry, but John Mozeliak mentioned Lackey (and Pierzynski) bringing some much-needed edge to the team, and I won't entirely dismiss that either. Assuming Lackey plays for $500K next year, as he has said multiple times since the trade, I don't think either team will regret this trade.

4. How awesome do you think Oscar Taveras is going to be? Have you been disappointed at all in the delays in his development?

I'm a big believer in Oscar Taveras. There's no such thing as a can't miss prospect, but I am near certain he's going to hit. His slow start isn't at all concerning, though it reveals he needs to learn to lay-off of junk. It's an understandable flaw for him; his plate coverage is ridiculous, and the ball jumps off his bat when he does barrel it. As far as "how awesome," it'll depend on his ability to make adjustments and stay healthy. Vlad Guerrero would be a peak outcome, and J.D. Drew with fewer walks would be a fair one. I'll add here that I don't think Allen Craig gets traded without Stephen Piscotty looking a bit Craig-esque in the minors. He's going to add depth to the outfield soon.

5. How is this team different from the 2013 team that made the World Series?

It's hard to know where to start! After the trade, it's hugely different. David Freese, Carlos Beltran, Pete Kozma, and now Allen Craig are gone, and you're going to see Peter Bourjos get some starts over Jon Jay as well. Jhonny Peralta has been a massive improvement from Kozma, Kolten Wong looks good at second going forward (we're hoping for 80% of Dustin Pedroia from him), and of course Oscar Taveras is now a starter. It's been a strange season. The pitching was better than I expected, but when Wacha and Jaime Garcia were shut down on the same day, things changed quickly. And I thought the offense would pick up right where 2013's near juggernaut left off, but like the Red Sox, the offense crumbled. Matt Holliday's disappearing power was a big part of the team's struggles, Yadier Molina didn't have a great first half before getting hurt, and Allen Craig was terrible. Holliday appears to be heating up, for what that's worth.

6. What expectations do you have for the team moving forward?

As far as the remainder of 2013, I think the biggest thing in the Cards' favor is league-wide parity and a winnable division. I expect the offense to be roughly average instead of bottom feeders based on talent and some regression in scoring given the team's 100ish wRC+. The pitching is a question mark. Lackey and Lynn look very dependable, but I'm concerned about Wainwright's health, and the health and mechanics of both Masterson and Miller. If things break right, it could still be a very formidable rotation. Long-term, I think there will an influx of minor league pitching--If Carlos Martinez can gain consistency and command, he'll be a core player for the team-- outfielders, and bench pieces, and there appears to be some financial flexibility as well. I wouldn't be shocked to find the Cardinals in the market for a big signing in the next two or three years as Matt Holliday nears the end of his contract. The team is positioned well to continue to contend going forward.