Why Xander Bogaerts should stick at shortstop

The trade of Stephen Drew allowed Xander Bogaerts to move back to his preferred position of shortstop. Whether or not he should stay at the position long term is up for debate, but infield coach Brian Butterfield's history with a certain Hall-of-Fame shortstop suggests that Bogaerts could stick at short.

Share All sharing options for: Why Xander Bogaerts should stick at shortstop

BOSTON -- The trade of Jon Lester at the trade deadline very clearly established where the Red Sox stand in regards to 2014: the season is over and the focus of the rest of the season is towards competing in the 2015. Among the moves that had the highest impact towards the future of the team at the trade deadline was the trade of Stephen Drew to the New York Yankees, allowing Xander Bogaerts to move back to the position that he very clearly wanted to play all year long.

Much has been made about Bogaerts' defense at shortstop. One of the main motivations behind the team deciding to sign Drew in the first place was because the Aruba native was struggling defensively, oftentimes throwing balls into the dirt and struggling to get a good jump on balls to his glove side. Third base and infield coach Brian Butterfield wholeheartedly said before the team's signing of Drew that Bogaerts was making great progress at shortstop and looked fit enough to stay at the position longterm.

Just a couple of days following the trade that allowed Bogaerts to move back to the shortstop, Butterfield maintains that same position: Bogaerts belongs at shortstop. The trajectory of Bogaerts is still upwards and Butterfield is expressed high praise for the shortstop's hard work and how much he has improved since the beginning of the season.

"The biggest thing that we tried to accomplish before he made the move to third was just to get his feet right. Two days of early work or three days of early work, his feet have been right on cue," Butterfield said. "I'm very pleased with that. During the preparation period, sometimes a guy doesn't catch the ball the way he wanted to. The biggest thing that you're trying to accomplish something from the belt down and it's there right now. A good start coming back to his old position."

For Butterfield, it's the little things that Bogaerts continues to improve on that allows him to believe that the 21-year-old will stick at the position moving forward.

"I remember my dad always telling me, when you see something in an athlete, you may not see it consistently for a while, but if you see it once, it's good enough," Butterfield said. "We've seen it in [Bogaerts]. We've seen the explosiveness to his glove side and backhand side. It's just a matter of harnessing it and getting more consistency."

Butterfield cites anticipation as the most important trait for any fielder to possess, stressing the importance of the quality for Bogaerts as a 6-foot-3 shortstop. For Bogaerts, height should not be a factor in determining at the position he plays moving forward. Butterfield cites the 6-foot-3 Derek Jeter, 6-foot-3 Troy Tulowitzki and the 6-foot-4 Cal Ripken Jr. who played the position well due to a keen, astute sense of anticipation. Butterfield said that Bogaerts has the ability to play the shortstop position in a similar to fashion to the two baseball legends. 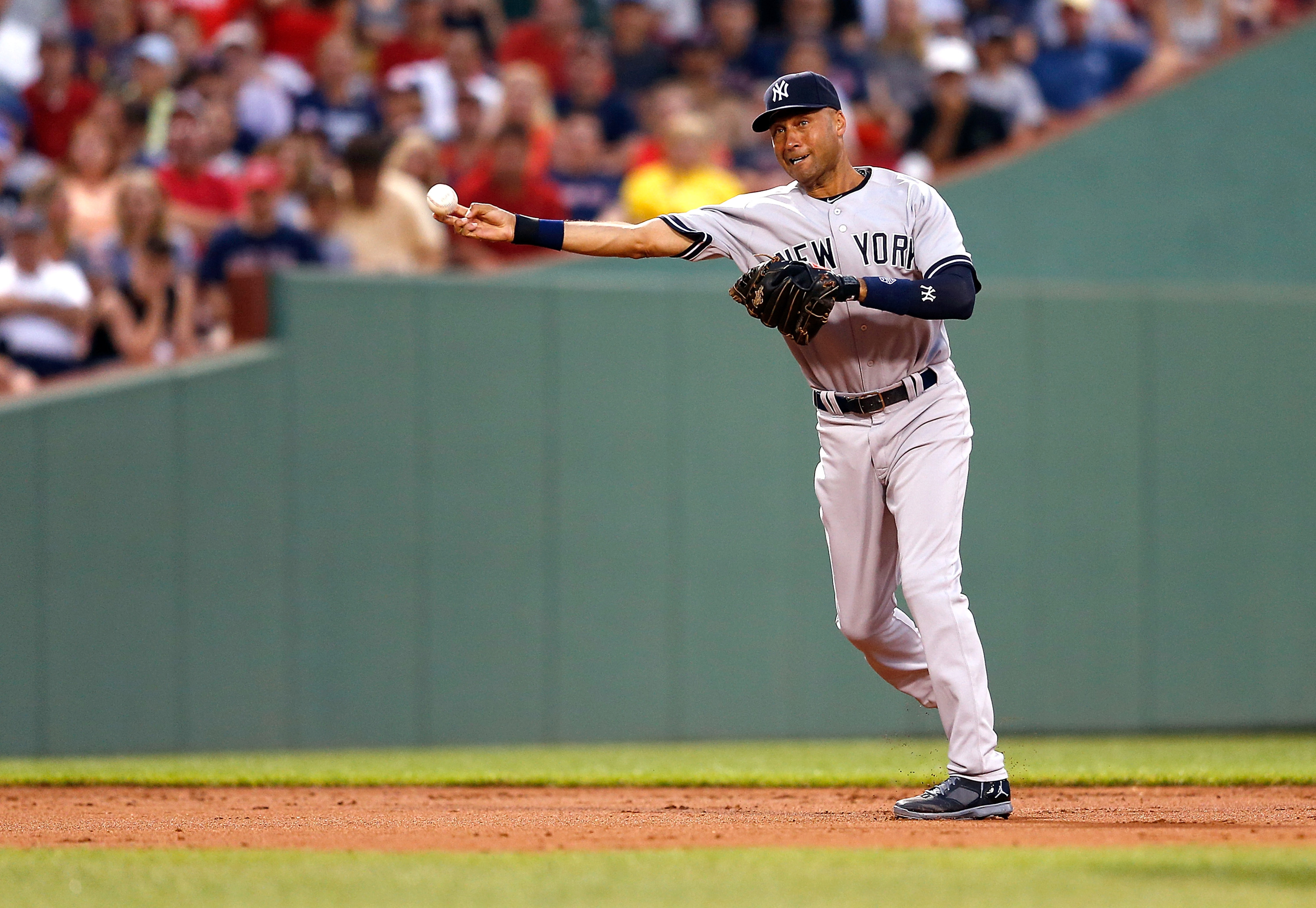 "[Bogaerts] and I talk about Derek all the time. That's his idol. We also talk about Cal Ripken. He was a 6-foot-6 shortstop. People always said Cal didn't have great range, but he did because he anticipated," Butterfield said. "That's the key world, anticipated. He would go out there and take balls off the bat and anticipate swings and anticipate going to his glove side. Anticipate going to his back-hand side. That's something that we're in the midst of working, giving [Bogaerts] some greater anticipation to where the ball is going to be hit."

Bogaerts, however, is more than just a player who happened to play shortstop because he was the best player on the field growing up, according to Butterfield. Butterfield said that Bogaerts' skill set translates better to the shortstop position rather than third base. Shortstop and third base require two different sets of abilities.

"I've always looked at shortstop as an up the funnel, moving forward type position. Going from the back of the diamond to the front of the diamond," Butterfield said. "You're going up the funnel to attack the ball while third base is more of a side-to-side, even front-to-back, back-to-front, in order to get the better hops. You may go forward and back to catch a higher hop. You may go back and then say, 'Oh, I can go get that.' You may go back to front so it's a little bit of a zig-zag position whereas shortstop, the demands are greater, so you better attack the ball, especially on guys that can run, you better attack the ball and not let it bounce too many times and get it in the air quickly."

If Bogaerts displays the potential to play a solid shortstop at the major league level, which Butterfield, one of the most renowned and lauded infield coaches in baseball, continually insists the rookie can, the Red Sox will have one of the most valuable assets in baseball in their hands. Given the scarcity of power in baseball, let alone at shortstop, Bogaerts provides a player who has the potential to hit 25 to 30 home runs at the major league level.

Moving Bogaerts to third base does not maximize his value, as power-hitting players who can play third base are far more abundant than at shortstop. Even if Bogaerts can only play shortstop at the major league average, the amount of offense he could potentially provide at the position should trump any urge to move him to third base or even the outfield, a position that has not been discussed with Bogaerts, according to a source.

Butterfield clearly believes in Bogaerts' ability to play the shortstop position at the major league level and has expressed that belief on multiple occasions to the rest of the coaching staff and assistant general manager Mike Hazen. If Bogaerts does fulfill the potential that Butterfield said that he has at short, his massive offensive potential should be reason enough to keep him at the position he has played his whole life.