Over the Monster mailbag: What to do with the outfield?!?

The Red Sox appear to have too many outfielders for 2015. What do they do with their superfluous personnel conundrum?

Share All sharing options for: Over the Monster mailbag: What to do with the outfield?!?

Let's start this week some context on how bad the Red Sox have been so far this season. The team is currently 58-75, a record that comes out to a .436 winning percentage (on pace to go 70-92), and 18 1/2 games back for first place in the AL East. The team currently sits with the fifth worst record in baseball, translating to the sixth overall pick in next summer's First Year Player Draft due to the Astros' inability to sign top overall pick Brady Aiken this past summer.

Here a just couple of names to keep in mind in regards to the 2015 Draft, although it's important to remember the MLB Draft is more fluid than any other draft due to the amount of amateur eligible.

Daz Cameron is the son of former Red Sox outfielder Mike Cameron. Cameron is an incredibly athletic outfielder who is a combination of power, athleticism and raw tools (which is to be expected with a top-prep draft pick. Unless the Red Sox completely flop in September, Cameron may be out of their reach, as he will likely be a Top-3 pick.

The top players coming out of college in 2015 are mostly pitchers. Michael Matuella comes into 2015 as the hurler most likely to go top overall. A lefty out of Duke, Matuella possesses a four-pitch arsenal featuring a mid-90's fastball, two breaking balls and a changeup. Other intriguing college arms are Nathan Kirby out of Virginia (92-93 mph fastball with a plus-power curveball and a developing changeup), Riley Ferrell out of Texas Christian University (a closer for the Horned Frogs who has a 98-99 mph fastball with a plus-slider, posted outstanding numbers in 2014) and Carson Fullmer out of Vanderbilt (who has a mid-90's fastball as a starter, a power slider and strong command, could project as a reliever or starter).

Time to jump into this week's questions:

Does the recent hot-streak of the Royals and James Shields change the way our Front Office will view him as a FA this offseason? 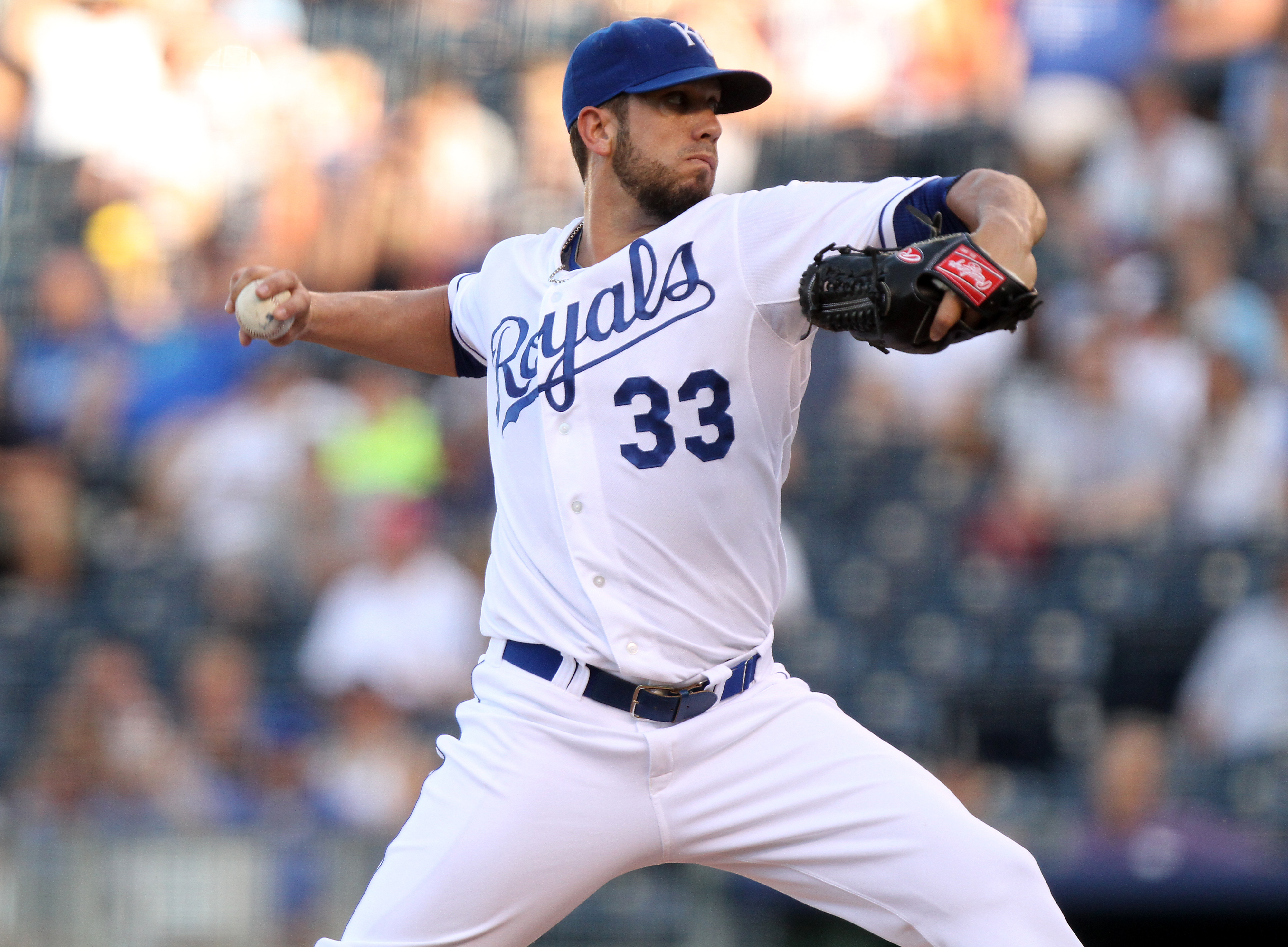 I don't think what the Royals do from here on out (while impressive) has any implications on the team's evaluation of James Shields. Shields is still a 33-year-old pitcher who has now proven that he is capable of leading a rotation through the regular season.

An interesting comparable, from a contractual standpoint, could be the deal that John Lackey originally signed with the Red Sox going into the 2010 season as a 31-year-old. Like Lackey, Shields has never posted a season that has really jumped off the page statistically, but the righty has been consistently very good for four straight seasons. Given his age, there should be no reason for him to receive a contract longer than five seasons, and even that feels like a stretch (although free agency competition has created crazier contracts before).

Given our current glut of outfielders, what's your best guess on how that all shakes out? Craig, Cespedes, Bradley Jr., Betts, Victorino, Castillo, Nava. I'm probably missing someone. Who goes where and why?

Mookie Betts. Third Base. Would Red Sox be willing to try him out there? 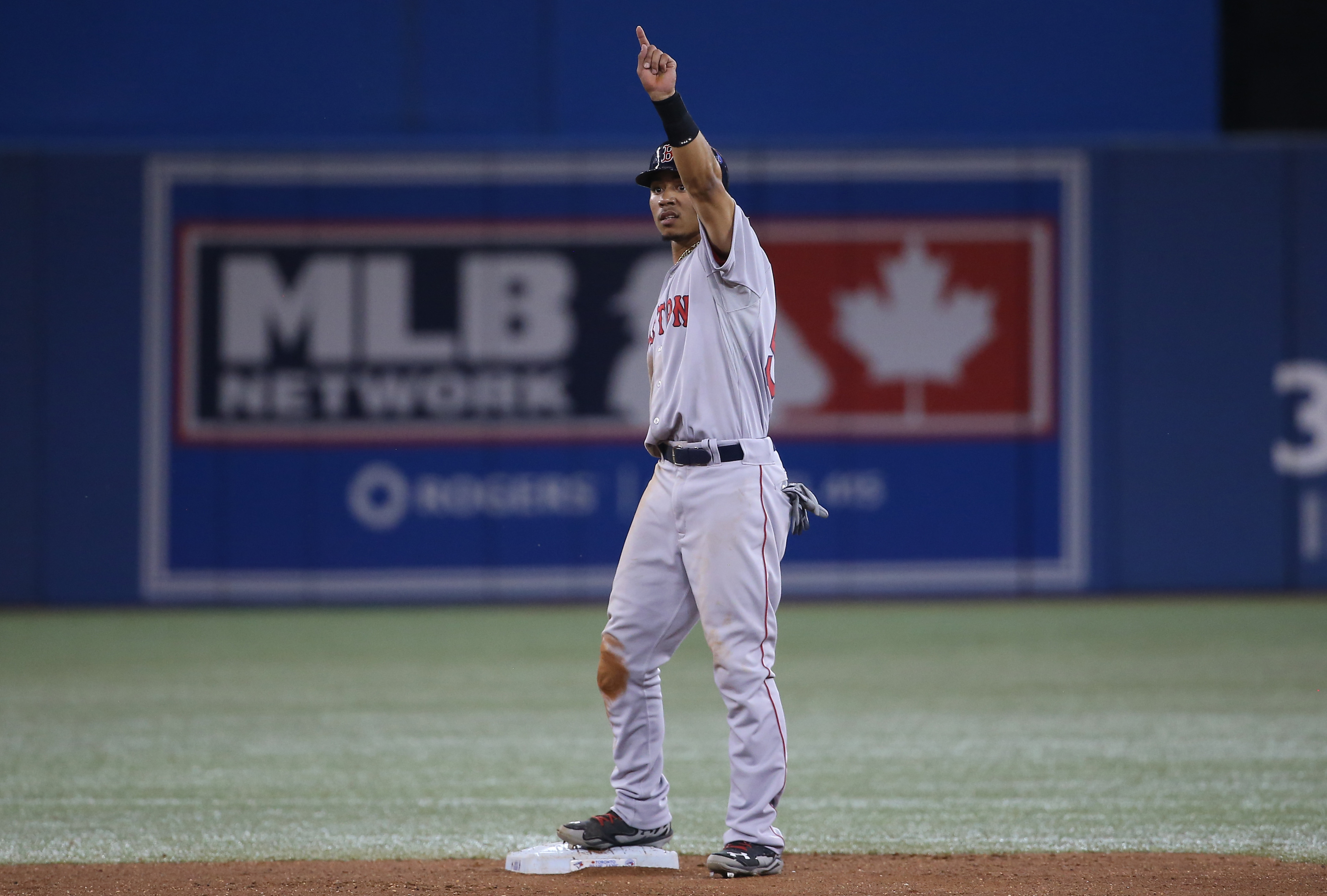 Let's say that the team doesn't go out and trade for or sign another outfielder for the sake of simplicity. My gut tells me that Daniel Nava is likely not in a Red Sox uniform next season. Nava has turned his season since being sent down to Pawtucket earlier in the year. His ability to get on base and his versatility suggests that there is a trade market for him

Shane Victorino is more of a question. While he only has one year left on his contract, $13 million for an oft-injured outfielder is likely a deal that is too big for the team to unload unless they are willing to eat at least some of the money remaining on the contract. Unless the team is willing to do that, Victorino projects as an expensive off-the-bench/platoon bat.

I think Jackie Bradley likely starts off next season in Pawtucket. His value is at its lowest right now and a good season in Pawtucket, paired with his Gold Glove defense, will either have teams calling regarding his services or be valuable enough to push for a job with the major league club.

Rusney Castillo is a lock for centerfield for next season, given the amount of resources committed to the Cuban outfielder. That leaves Mookie Betts, Yoenis Cespedes and Allen Craig. Given that his value is extremely high right now, Betts will likely be some sort of trade package for a significant piece. Another month in the big leagues likely won't affect his trade value. Betts is viewed as a second baseman and outfielder.

That leaves Castillo, Craig and Cespedes. When the team acquired Cespedes, manager John Farrell mentioned that they wanted to use him in right field, although those plans were, at the very least, delayed with Craig's disabled list stint. Publicly the team continues to say that they intend to use Cespedes in right field next year, but given the immense difficulties of Fenway Park and Cespedes' defensive shortcomings, I would not be surprised if he is starting in left field next year.

With that said, the team has clearly been collecting assets and anyone could be dealt without a warning.

Do the struggles of many of our top prospects make the front office more willing to "sell high" on some of those who haven't been exposed at the major-league level?

Rusney Castillo is all clear to play for the Red Sox, but the team seems more likely to delay his debut.

Castillo comes to US, goes to Beyonce/Jay Z show

Welcome to the US, Rusney. You already seem to have things well in hand.

Rusney Castillo's Red Sox debut up in the air Castillo comes to US, goes to Beyonce/Jay Z show

I actually had this discussion with a scout recently. In essence, the value of prospects ebbs and flows in cycles. At the moment, prospects are valued greatly, but it was not long ago that they weren't viewed as such. Right now, I think there is a decline in the overall value of prospects. As seen in the "Lespedes Trade", the Red Sox clearly valued proven, major league talent more than a massive prospect return.

Mike Trout, as written in this space on multiple occasions, helped increase the value of prospects by simply being so good out of the gate. Reasonably speaking, most players are not Mike Trout, but the idea that a prospect potentially being that next big star is so enticing that some value them greatly.

Looking back at old Baseball America prospect lists are always an adventure. Top prospects flame out a lot and that has been true for years.

Mailbags go up Friday mornings, so leave your questions in the comment section below, tweet them at me (@iamjoonlee) or Ben Buchanan (@OverTheMonster) with the hashtag #OTMMailbag or send me an email at heyjoonlee (at) gmail (dot) com.