Who will the Red Sox call up in September?

When the rosters expand in September, who will the Red Sox be looking at?

Share All sharing options for: Who will the Red Sox call up in September?

The long regional nightmare is almost over. This season has been equal parts terrible and frustrating, but we’ve kept watching for some reason. For most of us, it's because we can see how the young players adjust to major-league pitching, and decide if they can be a legitimate part of the future. With just four days left in August, we are almost at the point where we’ll be able to see even more of the young players in Boston. The active roster will expand to 40 spots on the first of September, giving the Red Sox more room to juggle their young, inexperienced players. While a lot of the guys who will be called up have been up at least once this year, this will be a more extended stay, even if they spend most of it on the bench. Whatever role they play, though, there are some interesting names to be added to the roster in the next week, both on and off the 40-man roster.

Starting with the guys already on the 40-man roster, there are some very interesting position players who should be up come September 1. On top of that list, of course, is their newest acquisition, Rusney Castillo. Right now, it’s unclear how long it will take him to get his work visa ready, or how long he’ll need to spend in the minors before getting called up. However, before the year ends it’s expected that he’ll get some starts in center field for Boston. Along with Castillo, Jackie Bradley will also be coming back up for some center field reps. Bradley was demoted back to Pawtucket just ten days ago, and has struggled to the tune of a .179/.200/.256 line in 40 plate appearances. In addition to those two headliners, Garin Cecchini should finally get an extended stay in Boston next month. The third baseman has struggled this year for Pawtucket, posting a sub-100 wRC+ and a single digit walk-rate for the first time in his professional career. He has looked better lately, though, and could get some extended looks as the Red Sox decide whether or not to stay in-house for their 2015 third baseman. Alex Hassan has also earned an extended look, although his future role doesn’t figure to be as prominent as the others mentioned here. The 26-year-old has impressive plate discipline and can play both corner outfield spots as well as first base, but will likely serve as minor-league depth in the outfield in 2015. Along with these four, Ryan Lavarnway, Jonathan Herrera and Daniel Butler could all receive call-ups, though they wouldn’t play much of a role beyond bench depth in the year’s final weeks. 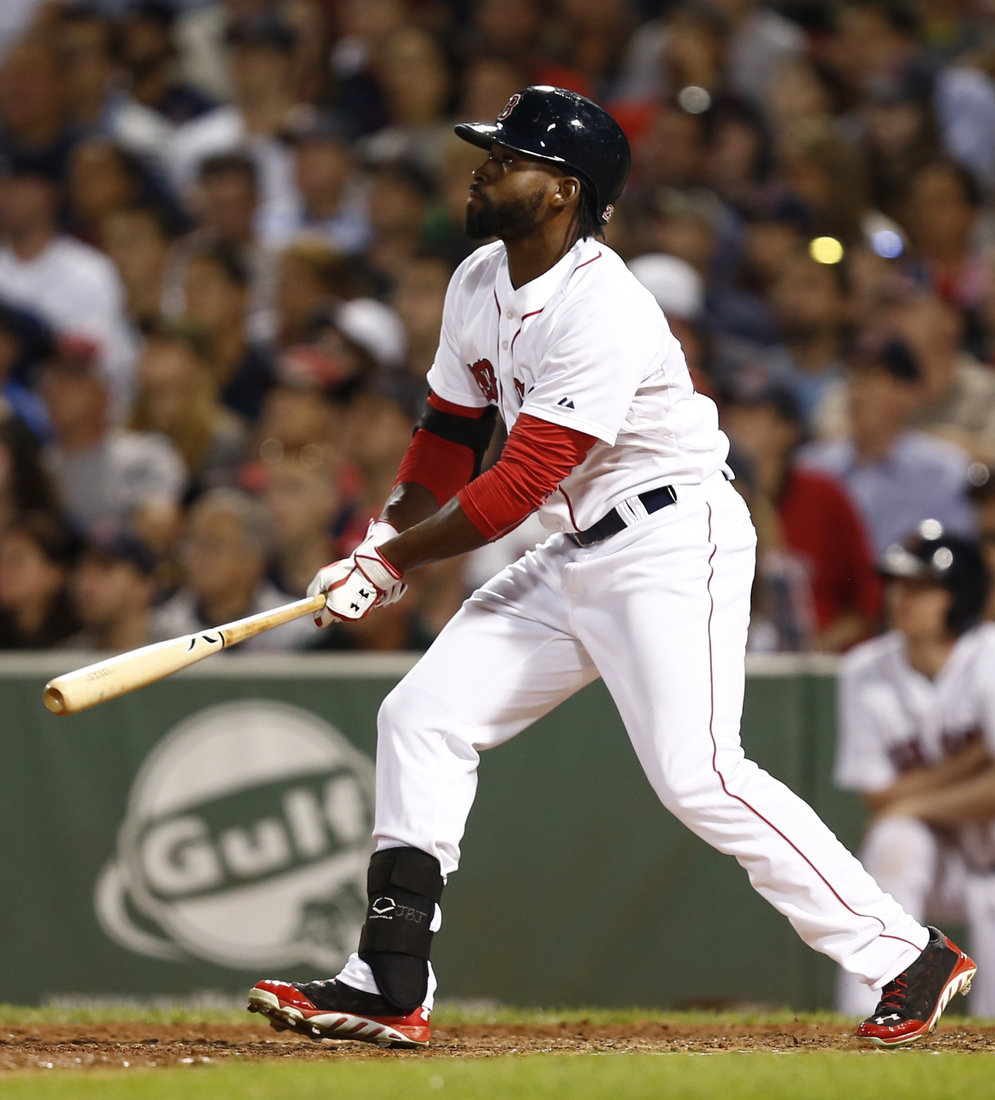 The pitching staff should also feature some interesting names receiving a call up. On top of that list is Anthony Ranaudo. Although he’s been up before, and is scheduled to be called back up to start on Friday, he’s still included here because the expanded rosters will allow him to remain on the team. The former sandwich pick in the first round just received the Most Valuable Pitcher award in the International League, and has enjoyed his second straight productive season in the minors. The 6’7" right-hander should get some starts down the stretch, as he is one potential solution to a very murky rotation situation in 2015. In addition to the former LSU pitcher, we should see Brandon Workman get the call-up. He will also be fighting for a potential spot in the 2015 rotation, with Ranaudo, Allen Webster and Rubby De La Rosa. The bullpen will also see some interesting additions. Steven Wright will likely be called up to serve as a long reliever, and while he isn’t the most exciting minor-leaguer, he has been nothing but solid in 2014. We should also see Edwin Escobar, who came to Boston in the Jake Peavy deal.

Beyond those players is where it really gets interesting. This winter, the Red Sox have a handful of intriguing Rule 5 eligible players on their hands, who will need to be dealt or added to the 40-man before the deadline. Right now, Boston’s 40-man roster is full, but Shane Victorino can still be transferred to 60-day disabled list to open up a spot. Among those who are Rule 5 eligible, Matt Barnes, Blake Swihart and Travis Shaw seem like the most likely to be added before the end of the season. Barnes struggled for the first part of the year, but has lately flashed the stuff that made him part of the killer B’s with Xander Bogaerts and Jackie Bradley a couple years ago. With 125 innings under his belt at AAA, it wouldn’t be surprising if the front office wanted to get him a bit of experience in the majors before 2014 ends. Swihart is someone who will certainly either be added to the 40-man before the Rule 5 draft or part of a major trade this offseason. With just 57 plate appearances with Pawtucket, it would be surprising to see him called up so soon, but they may want to get him a taste of the atmosphere now, as he could play a big role in the second half next year. Shaw is something of a forgotten man in the farm system, but he’s done nothing but hit in his minor-league career, and could provide solid first base depth if Daniel Nava isn’t around in 2015.

Don’t be surprised to hear some calls for Henry Owens and Deven Marrero to get promoted, either. However, both are eligible for the Rule 5 draft after the 2015 season, and it wouldn’t make sense to further clog up the 40-man before it’s necessary to call them up. Owens has been especially impressive this season, but he’ll likely finish the AAA season with around 160 innings on the year, so there’s no need to rush him to the majors for just a few innings.

In a season like this, youth is typically the one thing to look forward to towards the end of the year. When the rosters expand, the Red Sox figure to have many exciting players getting extended looks, with Rusney Castillo and Anthony Ranaudo headlining the groups. After Pawtucket’s season ends, it wouldn’t be at all surprising to see either Barnes or Shaw get the call with Victorino going to the 60-day disabled list. They could make room for both - or perhaps even other Rule 5 guys like Sean Coyle and Noe Ramirez - by designating Carlos Rivero or Ryan Lavarnway for assignment, but that may be a long shot. Whichever way they decide to work it out, there should be some exciting new faces to watch in the final month of the 2014 season.