The gap between Triple-A and the major leagues is bigger than it ever has been according to Red Sox manager John Farrell. If so, why are players being called up with fewer minor league at-bats than ever before?

Share All sharing options for: How the trend of accelerated prospect development has affected rookie offensive success

The struggles of the youth movement for the 2014 Red Sox are well documented. Coming into the season, the team expected Xander Bogaerts and Jackie Bradley Jr. to play significant roles in the their World Series defense campaign. Replacing the likes of Stephen Drew and Jacoby Ellsbury, the two prospects had pretty big shoes to fill.

Bogaerts has nearly represented the production of a player at replacement value, posting -0.2 WAR, hitting .223/.293/.333 with eight home runs and 30 RBI. While his defense has been Gold Glove-worthy, Bradley has been among the worst-hitting outfielders in the league, hitting .216/.288/.290 with a home run and 30 RBI.

There is a view among some scouts in baseball that there was also a sense of frustration within the Red Sox clubhouse with Bradley due to his perceived stubbornness with the coaching staff, behavior that may have played a role in the outfielder's demotion to Triple-A Pawtucket.

Bradley has looked like overwhelmed at the plate at the major league level while Bogaerts is seemingly engrossed in a mental battle to get over his struggles.

While many evaluators consider the Red Sox farm system to be among the strongest in baseball, none of the prospects who started their seasons in the majors have done anything of significance to improve their stock this season, something that is of importance considering the team's current posturing towards asset collection, a stance the team has taken in order to potentially make a major move in the offseason.

Given the Red Sox' recent signing of top Cuban outfielder Rusney Castillo and their midseason acquisition of Yoenis Cespedes, Bradley is on the outside looking in for the 2015 Boston outfield corps. Bogaerts, despite his struggles in 2014, is still viewed highly due to his age, maturity and raw skill set. 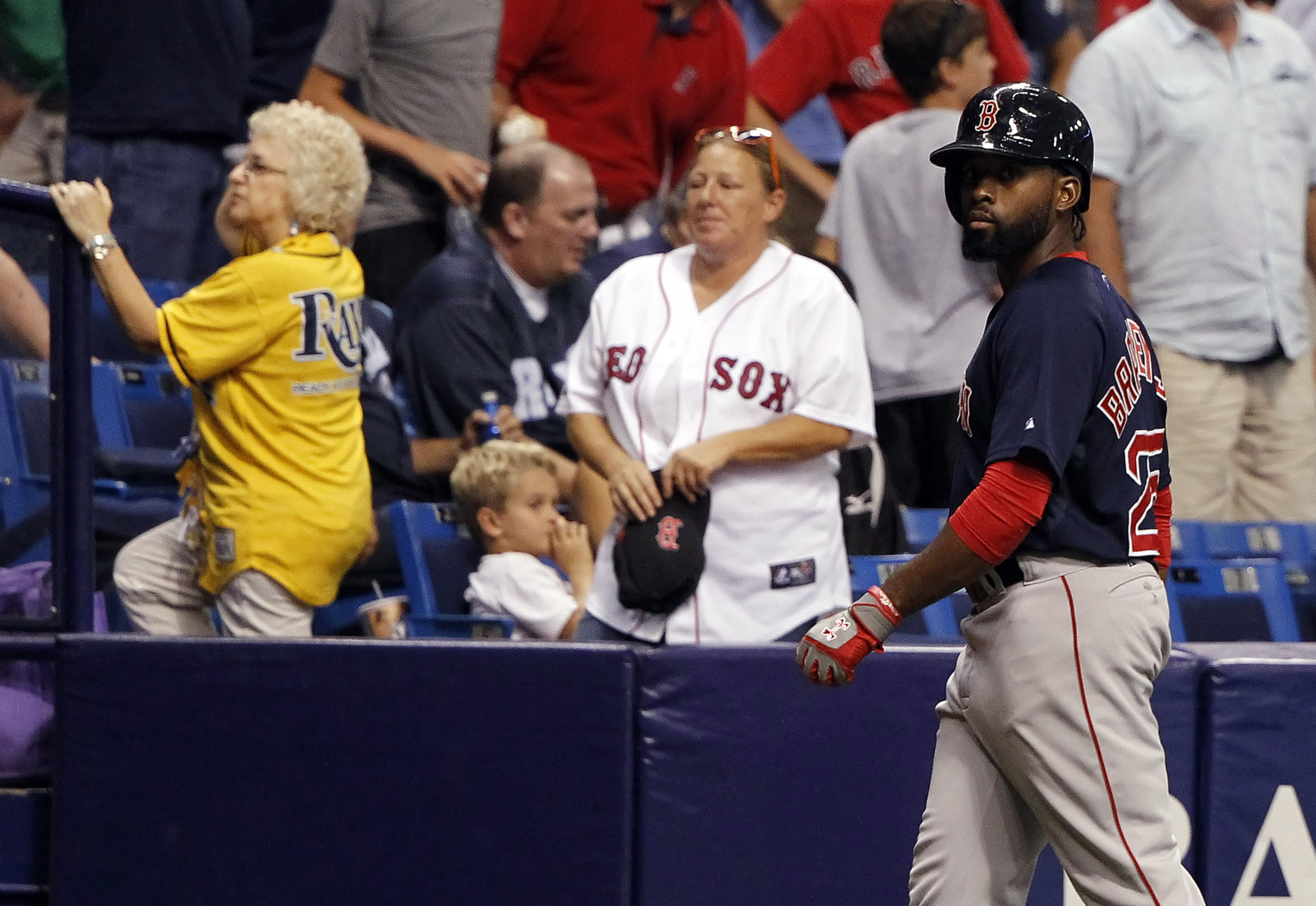 Bogaerts and Bradleys' struggles are not isolated in baseball, however. As esteemed baseball writer Peter Gammons pointed out on GammonsDaily.com, many of the top prospects in baseball coming into the season have not produced at the plate (excusing the 27-year-old, Cuban league veteran Jose Abreu from the discussion).

Coming into Tuesday, here is the offensive production of the top-10 position players according to Baseball America's preseason list.

On the whole, it's probably fair to say that this group of prospects has not done as well, despite the ever-growing hype around the young players.

In defense of both Bogaerts and Bradley, the duo's struggles have both come at a point where the team has displayed a lack of confidence in their abilities. Bogaerts' struggles coincided with his "demotion" to third base following the signing of Stephen Drew while the team committed to Grady Sizemore and now Rusney Castillo as their center fielders over Bradley. The Red Sox have displayed a lack of confidence in their young players, never fully committing to their homegrown prospects at their respective positions.

However, the difficulties that this group of hitters have run into brings up a couple of interesting ideas to consider when thinking about the evaluation of prospects in today's age of baseball.

Red Sox manager (and former Cleveland Indians farm director) John Farrell told Gammons that the gap between Triple-A and the majors is increasing. 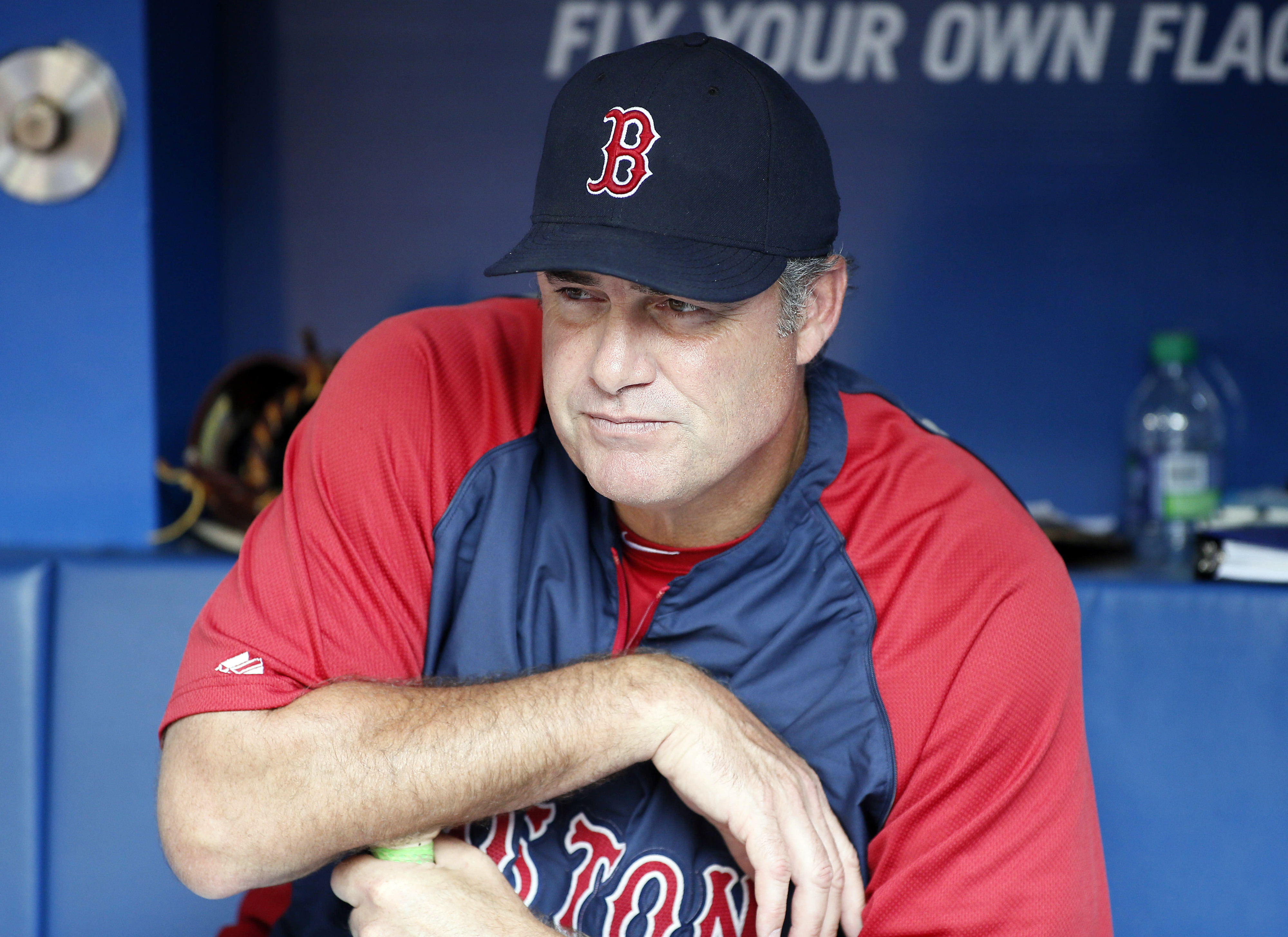 "The gap between Triple-A and the majors may be wider than it's ever been," says Boston manager John Farrell, whose experience includes being the Indians farm director. "There's so much hype on some of these young players, being exposed to major league pitching at such young ages can be discouraging." Coaches on two different teams added that not immediately fulfilling the buildup can sometimes be embarrassing because of the expectations players, fans, teams, media and the individuals themselves put on 21 and 22 year old players. "It's also more difficult for kids who are on teams that have high team expectations," says one club official. "It's a lot different breaking in on a team that is in a small market and is not in contention. If you're trying to make the jump to a team like the Red Sox or Yankees, the scrutiny from opposing teams as well as the media can be very stifling."

Logically, one would think that if the disparity between Triple-A and the majors has become larger in recent years, the number of at-bats at the minor league level would have increased at a similar rate so players could better assimilate to higher levels of competition.

The average number of plate appearances for the top-25 position player prospects group dropped to 363.5 at the Triple-A level in 2011. The inclusion of mega-prospects such as Mike Trout (93 PA) and Bryce Harper (84 PA) only added fuel to the fire in regards to accelerated prospect development.

By 2013, the top-25 position player prospects dropped to 283.5 plate appearance at the Triple-A level. Although this data is heavily affected by the the Marlins' promotion of Christian Yellich, Jake Marisnick and Marcell Ozuna, who each never had spent a day in Triple-A (a consistent philosophy has followed with Miguel Cabrera, Josh Beckett, Dontrelle Willis among others), the number of players making quick stops at Triple-A has continued to increase.

Koji Uehara's struggles on the mound could leave the Red Sox with an uncomfortable decision to make come the offseason.

It's time to change the Red Sox rotation

One of the more telling looks at the changes in prospect development is the difference in the Pirates' treatment of Andrew McCutchen and Gregory Polanco. McCutchen spent parts of three seasons at Triple-A (17 games in 2007, 135 games in 2008 and 49 games in 2009). It's not as if McCutchen struggled at Triple-A to demand a prolonged stay at the level. During his full season in Triple-A in 2008, McCutchen hit .284/.371/.370 from May through September after an April where he hit .279/.375/.510.

Polanco, on the other hand, played 64 games (283 PA) before being promoted to the big leagues. The Pirates demoted the young outfielder earlier this week after he appeared in 64 games, hitting .241/.208/.349 with six home runs and 30 RBIs.

With all of the great resources that are available to read up on the next hot shot big leaguer, prospects that would have been unknowns to many fans just ten years ago are now household names. Given the massive growth of Twitter and online prospects databases, day-to-day tracking of prospect performance is now commonplace. It is much easier to get the latest scouting report on Mookie Betts today than it was to get a handle on how Dustin Pedroia was doing when he was rising through the farm system pre-2007.

The influx of prospect information has seemingly coincided with the infinitesimal success of one Mike Trout. The "Trout Effect" has seemingly raised the bar for rookie success, a standard that is unfair for other prospects. The current generation of young talent will continue to have the distinction of being compared to Trout, a transcendent talent.

What is always important to keep in mind with young prospects is that they need time and patience in order to develop. Too many at-bats in Triple-A is not going to stunt a player's development, as seen with Andrew McCutchen. Calling up a player too soon, however, has the potential to have serious ramifications years down the road. As the 2014 rookie class clearly demonstrates, the recent trend of accelerated development clearly has not yielded the immediate success at the major league level they are designed to generate.