It's time to change the Red Sox rotation

There are a few arms we've seen enough from, and it's time to bring in new ones for September.

Share All sharing options for: It's time to change the Red Sox rotation

The Red Sox are supposed to be using the end of 2014 to figure out what they need in 2015. They've been doing that, bringing up Mookie Betts to replace Jackie Bradley Jr. in center while allowing the latter a bit of a reset at Pawtucket, giving Will Middlebrooks another chance at third base, and stuffing the rotation full of kids to see who should stick. Those pitchers are Rubby De La Rosa, Brandon Workman, and Allen Webster, and just one of the three has pitched as if they deserve guaranteed future chances at the role. With that in mind, it's time for some new pitchers to get their own pre-2015 audition.

Rubby De La Rosa hasn't been amazing, but he's pitched well enough that he should continue to start for the rest of 2014, and should get preferential treatment when it comes time to fill out the 2015 rotation with at least one of the many young arms the Sox possess. He's got a 106 ERA+ in 13 starts and has averaged six innings per start, and while it would be good if he'd miss a few more bats, he's managed to strike out twice as many hitters as he's walked and has induced nearly 50 percent grounders to make up for some of the contact. De La Rosa still needs to refine his slider and learn to more effectively utilize his high-velocity fastball, but he's got actual results to back up his potential, and that's more than the rest of the bunch has to point to at this point.

Allen Webster is the real disappointment of the trio. He was a mess in 2013 during his handful of starts, and in six 2014 outings, he's walked more batters than he's struck out. He's been a ground ball machine on occasion, but that hasn't been consistent enough, either, and what the Sox have mostly seen is a pitcher who flashes quality while otherwise failing to produce. He's averaged just over five innings per start this year, and over 13 major-league starts possesses a 7.16 ERA, 1.1 strikeout-to-walk ratio, and an opponents' line of .285/.385/.474. It's not a batting average on balls in play thing, either, as Webster is at .305, which isn't too ridiculous for a pitcher who has to deal with Fenway's BABIP-friendly ways.

It's not just a statistical thing for Webster, either. You could cite small sample, but he always needed to finish developing a third offering he could rely on while also improving his command. His fastball, despite its velocity, just isn't all that helpful in the majors when he can't throw it where he needs or wants to, and without that, he can't setup his breaking or offspeed stuff. He's not aggressive enough on the mound, either, either intentionally or because of this command issue, and that hurts him further. Even when Webster has had two strikes on hitters this year, he's been unable to put them away as often as he should, allowing a line that's 66 percent worse than average in those situations. The sample is small, but as said, it's not about the sample size: it's in Webster's approach and how he uses his repertoire, and unless that changes dramatically and fast, this is who he is. 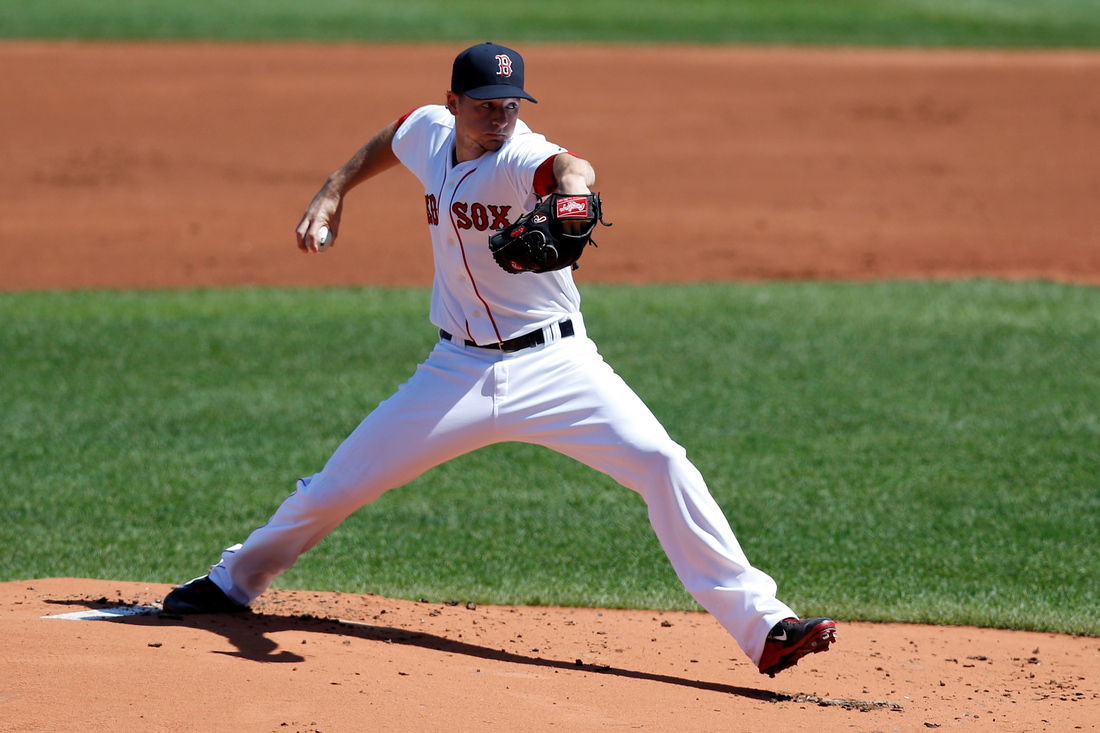 Webster could move to relief and might even dominate in that role. In shorter bursts, his velocity would play up, and his weaknesses wouldn't shine through nearly as much since he wouldn't need to worry about what hitters are going to do to him the second and third time through the lineup -- in an appearance where his change-up wasn't working, he could just ditch it for the four or five batters he was set to face, and try again in the next outing. The time to make this switch might be now, as Webster will be 25 before the 2015 season starts, and there are others who have their own questions that need answering.

After signing Castillo, what next for the Red Sox?

The outfield is suddenly full, but that could just open new options for the Sox.

Should the Sox sell high on Brock Holt?

After bursting on to the scene this season, could the Red Sox look to capitalize on Brock Holt's success this offseason?

After signing Castillo, what next for the Red Sox? Should the Sox sell high on Brock Holt?

Anthony Ranaudo probably doesn't have anything left to learn in Triple-A, at least not anything that would keep him from the majors. He'll be turning 25 in a matter of weeks, has solved the International League more effectively than Webster, and while he's in need of further refinement, it's the kind that the majors can teach him. Ranaudo might very well be the emergency option in Pawtucket for the Red Sox rotation to start 2015, so figuring out how reliable he could be in that role is important. He's no guarantee to be a starter in the majors, either, but that's even more reason to find out if he can drop some hints about that for the Sox' benefit sooner than later.

Brandon Workman hasn't succeeded like De La Rosa, but also hasn't failed like Webster. He should stick for the rest of 2014 in the role, mostly because no one besides Ranaudo is pushing for a starting gig just yet, but he hasn't pitched like he should be guaranteed anything beyond 2014, either. Workman has a 4.55 ERA in 85 innings and 15 starts between the last two seasons -- that's 5-2/3 innings per start and a below-average ERA -- and has had trouble with fatigue that's hurt his velocity lately. There's potential for him to be a back-end starter, as there's been this whole time, and he's shown more flashes of actually getting to that ceiling than Webster has. If he doesn't show a bit more improvement for the rest of the year -- his command is an issue, and he too lacks a definitive third offering -- then maybe it's time to see how effective a pen piece or trade chip he is.

Webster looks basically the same as he did over a year ago, despite lengthy stints in Triple-A in between. Workman has potential still, but his ceiling is only so high to begin with. With Ranaudo in Triple-A, Henry Owens likely in a position for a big-league promotion well before this time next year, and Brian Johnson unlikely to face a real challenge until he's in the majors, it's possible one or both of these pitchers have blown their opportunity to stick in the rotation long-term. While it's too early to cast Workman aside, swapping Ranaudo for Webster once rosters expand on September 1 should be a priority for a Sox team still looking for what they have for next season.