After signing Rusney Castillo, what next for the Red Sox?

The outfield is suddenly full, but that could just open new options for the Sox.

Share All sharing options for: After signing Rusney Castillo, what next for the Red Sox?

The Red Sox finally acquired the international target they've been hoping to get for years, and did so in the form of Cuban-born Rusney Castillo. The outfielder (who has played some infield in his career) reportedly signed the largest contract ever for a Cuban free agent, though, that's not surprising given that every contract handed out to a Cuban position player these days is the largest ever.

While Castillo has experience at second and third base, it's very likely the Red Sox will use him in the outfield. Even without Castillo on board, Boston's outfield picture was already confusing: they have Shane Victorino, Yoenis Cespedes, Allen Craig, and Daniel Nava, as well as rookie Jackie Bradley Jr. and the top prospect in the system -- and one of the better ones in the game -- Mookie Betts all available for an outfield spot. That's just slightly more names than there are places to play, but there is more to it than just having a whole lot of outfielders.

A plan where Shane Victorino is expected to play every day in 2015 is a bad plan. The outfielder has missed significant time over the last two years with injuries, and underwent back surgery earlier this summer. He certainly could play all the time in 2015, but it's much more likely that he's going to end up with a few hundred plate appearances and maybe a couple of stints on the disabled list breaking them up. At the least, that should be the expectation. Allen Craig could be a huge piece of the offense going forward for the Red Sox, but he's got his own injury concerns, and has never played more than 134 games in a season. If he hits, he'll likely be the team's first baseman in 2016, once Mike Napoli is a free agent. If he doesn't hit, well, he's not much of a factor in the Red Sox outfield, is he? 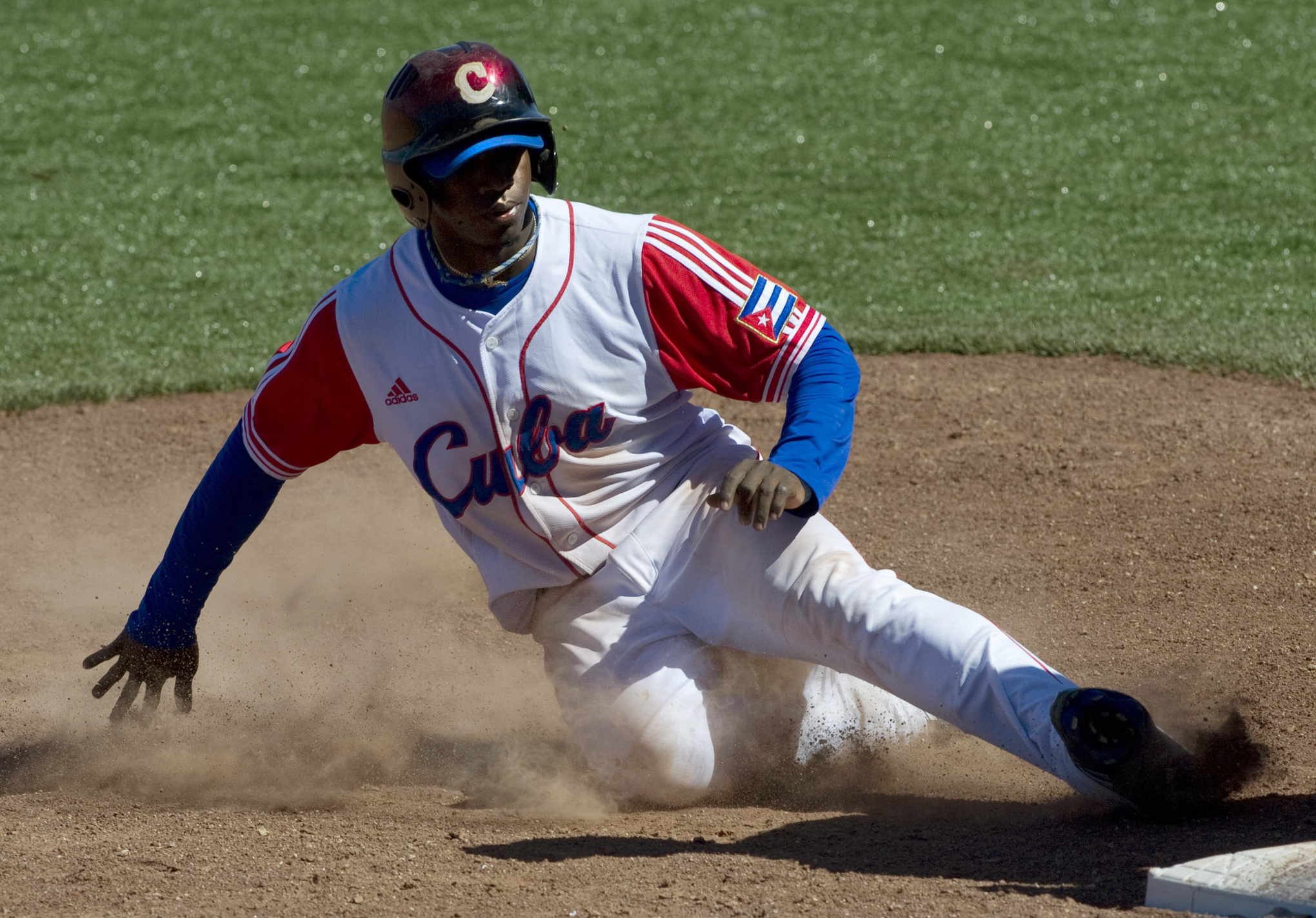 Yoenis Cespedes should be an integral part of the outfield in 2015 thanks to his power, but he's only signed for that season: until he's locked up, the Sox shouldn't be shying away from any youthful alternatives who can be added to the pile of talent that will exist beyond next year. Daniel Nava is a solid player, but he's a platoon guy who should be limited to left with the occasional backing up at first and in right: he's not someone you necessarily shy away from upgrading on, and with the addition of Craig, the Sox have already planned to try to do just that. Bradley has tremendous defense, but he hasn't proven he can hit anything in the majors, and Betts is young enough where the Sox could stash him as depth for one more season at Triple-A if that's the cost of getting Castillo around for both the present and future.

An outfield with Cespedes, Betts, and Castillo has serious potential for greatness, and could exist in 2015 if injuries knock Craig and Victorino out, and in 2016 and beyond if Cespedes is extended as the Red Sox have made clear is their intention. It could also exist if the Red Sox make Victorino an expensive fourth outfielder -- which might help limit his injuries or could prove necessary as he tries to put some distance behind him and his back surgery. For the start of the year, though, you have to imagine, barring any trades, that the outfield will be Allen Craig in left, Rusney Castillo in center, and Yoenis Cespedes in right.

Should the Sox sell high on Brock Holt?

After bursting onto the scene this season, could the Red Sox look to capitalize on Brock Holt's success this offseason?

Stop trying to get rid of Clay Buchholz

Clay Buchholz has been awful in 2014 and frustrating through much of his career. But some Red Sox fans are still too quick to want him gone.

Should the Sox sell high on Brock Holt? Stop trying to get rid of Clay Buchholz

A trade is a definite possibility, however. Let's say the Sox do extend Cespedes this winter: suddenly, they have three outfielders locked up for the next few years, at least, or at least two if you think Craig is the clear successor at either first or designated hitter if he manages to return to form. That extension doesn't make Mookie Betts expendable, but it does make it far easier to move him in a deal for a frontline starter, should the Red Sox whiff on the free agent market in their attempts at bringing back Jon Lester or wooing James Shields. They don't have to do that, of course, but the option is there should they desire or need it. Giving up Betts would disappoint many Sox fans, but if the Sox got back the last four years of Cole Hamels from the Phillies, for instance, at a cost of just $94 million, then it's hard to complain too much. If the Sox trade Betts as the center piece of a deal for Hamels and then also go out and sign James Shields to a similarly priced deal for five years, then even better.

Maybe a trade won't be necessary, though, if the Sox decide Betts -- or maybe even Castillo -- are a fit at third base, at least for 2015, as they wait for Victorino's and Napoli's deals to run out, opening up both cash and playing time for other needs and other players. Pitching is a clear need for the organization, though, and if they manage to extend Cespedes or fix Craig, the outfield is much less of one. Signing Castillo not only nets the Red Sox a player who, by most accounts, is very talented on both sides of the ball and should be in his prime years, but he also provides them the chance to make a trade to help the roster elsewhere. That's a lot to gain from a single transaction, and as the Red Sox are known to say, they're happy to do it, because all Castillo cost them was money.