What will happen with Daniel Nava in 2015?

Daniel Nava has proven to be a quality player, but is there enough room for him to stay in Boston beyond this season?

Share All sharing options for: What will happen with Daniel Nava in 2015?

When major trades go down in any sport, there are a few stages that a fan will go through. Take the Jon Lester and John Lackey trades as an example. In the time leading up to the deals, and the time immediately following, people were left trying to cope with the reality that two of the team's best players were soon going to be suiting up for someone else. It's always a tough thing, even when it's clearly in the best interest of the organization, like when Paul Pierce and Kevin Garnett left Boston prior to last season. After that comes the excitement of the new pieces. In this case, we have seen the power that Yoenis Cespedes possess, and we know the potential of Allen Craig and Joe Kelly. While we still miss the likes of Lester and Lackey, the pain is eased by the new faces.

Coming soon, though, is when we realize that there has to be an end game, and there are always those that suffer because of it. Here, the Red Sox suddenly find themselves with a plethora of outfielders, and some guys are going to have to go. I've already written that Mookie Betts could be someone on the way out, but that would require a major piece in return. If that doesn't happen, they'd have to move some less valuable assets. Enter: Daniel Nava.

By now everyone knows his origin story, amazingly making it to the bigs after being plucked from independent league ball on a one dollar contract. At this point, though, he's become more than a fun, inspirational story. Daniel Nava is a legitimate major-league baseball player. He's now racked up 1314 plate appearances in his career, with a .273/.363/.398 batting line, good for a 108 OPS+.  Last year he really burst on to the scene, hitting .303/.385/.445 (127 OPS+) in 536 trips to the plate. Even this season he's looked fine, especially since the end of May when he was recalled after a demotion to Pawtucket. Since that time, he's hit .311/.379/.373 in 198 plate appearances. His offensive production is mostly attributable to his patience, which also happens to be the calling card of the Red Sox offense. On top of this, he's continued to make strides defensively in the outfield, and has the makeup that teams love to have around. As an example, we've seen him taking fly balls in left field when Cespedes first came to town, and he also took Xander Bogaerts under his wing during last year's stretch run. 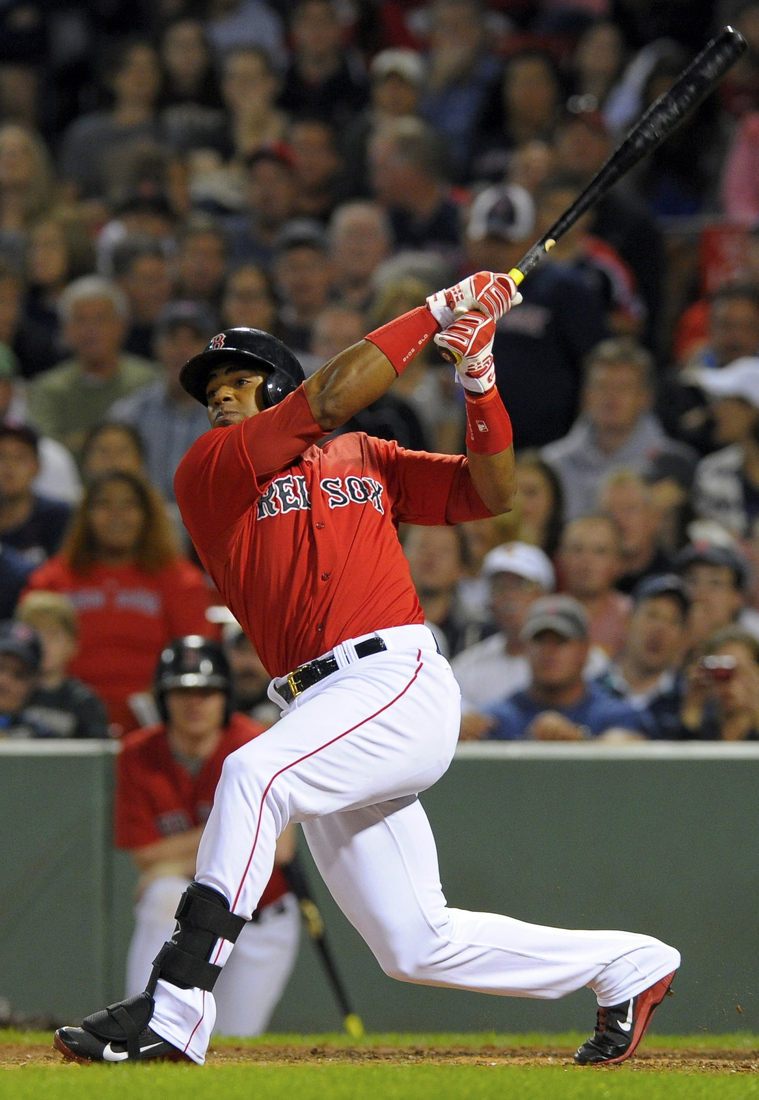 To put it simply, Nava is a valuable guy to have on your roster. Unfortunately for him, there are a lot of outfielders in the Red Sox organization with value to bring to the table. Looking towards next year's roster, Cespedes, Craig, Betts, Shane Victorino, Jackie Bradley, and Brock Holt all have arguments that can be made for them to be on the roster. And that's not even considering the possible depth pieces they can keep in the minors like Alex Hassan and Bryce Brentz, or the possible addition of Rusney Castillo. That's seven guys who could play real roles on this team in 2015 before even counting Nava. Because of this extreme logjam, we're likely to see every name listed above in some sort of trade rumor this winter. However, in some crazy world where everyone would be able to stick around, it's not hard to see Nava getting the least amount of playing time in the group, despite his past production. There are just too many names for him to jump.

So, what will the Red Sox do with him? Do they value him enough to keep him around as a fourth outfielder and trade a couple of the other names on the list? Or will he be one of the men to go to make room for the youth coming up for the system? There's also the fact that he'll be arbitration eligible this offseason, meaning they could simply nontender him and let him hit the free agent market, but that seems unlikely. He's in his first year of arbitration, so he'll almost certainly be worth more than the salary he'll be awarded. This leaves us with two options: trade him or keep him? The case for trading Nava is pretty simple. While he's performed admirably, he likely doesn't possess the upside of the other names in consideration.

The rest of the teams' bids aren't expected to be enough, leaving three clubs fighting for the Cuban free agent's services.

Allen Craig's rehab assignment is underway, and could see the outfielder back in Boston before the week is out.

There is plenty of reason to keep him around, too. Most of it was covered above, but I left one key point out. He, Bradley and Holt are the only three left-handed options of the group (including Hassan and Brentz). While Bradley and Holt both could potentially have long careers in Boston, they are far from sure things. Holt's season has come out of nowhere, and we're not sure if he can keep it up beyond 2014. Bradley, of course, is an amazing defensive player, but has yet to show he can hit major-league pitching. We know who Nava is, though. He's a decent corner outfielder with below-average power and fantastic on-base skills. He won't blow anyone away, but he provides real value.

I can see this situation playing out either way this offseason, which is what makes it so fascinating. At this point, my preference would be to keep him around as the fourth outfielder. If there's a big move to make with Betts as the center piece, that still seems like a move that should make sense, putting Bradley (or maybe Castillo) in center field. It would be great if they could find someone to take Victorino off their hands as well, but that doesn't seem likely. That would leave Cespedes and Craig in the corners, with Nava as the fourth outfielder and Brock Holt bouncing all around the diamond as a super-utility type. My gut tells me he'll be traded, though, as he'll be in his age-32 season next year, and the upside of the other options is too enticing. It's a situation with a lot of moving parts and a million possible outcomes, and will be one of the more fascinating things to watch in the offseason.