Christian Vazquez has taken over the everyday job behind the plate, but can he keep the job for beyond this year?

Share All sharing options for: The importance of Christian Vazquez's final weeks

The Red Sox entered last offseason with a clear strategy. They weren’t going to give out any major long-term contracts, and they were going to hand over the reins to some of their up-and-coming youngsters. One of the major results of this strategy was Jarrod Saltalamacchia being allowed to hit the free agent market, as Boston was looking for a catcher on a shorter-term deal. A.J. Pierzynski ended up being that guy, and while it obviously failed, the move was never really about him anyway. Ben Cherington and the rest of the front office were obviously encouraged by the talent they had behind the plate in the minors. Now, the plan is coming to fruition, with Christian Vazquez holding on to the everyday job with the big-league club. As the end of the season nears and the front office is preparing for what they’ll do this coming offseason, Vazquez is a key to watch in the season’s final weeks.

By now, we all basically know what Vazquez is supposed to be. There’s never been a doubt about his defensive prowess, as he’s widely regarded as one of the elite defensive catching prospects around baseball. Instead, the questions around the soon-to-be-24 year old are about his bat. While he’s gotten progressively better through the minors, it’s still unclear if he will hit enough to be an everyday player. With Dan Butler and Blake Swihart as the main depth pieces for 2015, it’s important for the Red Sox to decide if his bat is enough to warrant to him receiving the starting role next season, especially given the trouble they've seen from the young players entrusted with everyday jobs this season.

Vazquez was just promoted to the majors a little over a month ago, so obviously his numbers thus far cover too small of a sample to make any long-term conclusions from. Still, the batting line has been underwhelming thus far, to say the least. Through his first 83 plate appearances, the former 9th round pick has hit just .236/.293/.306, for a 59 wRC+. He’s being hindered by a .266 batting average on balls in play, and one would think this isn’t the quality of hitter he truly is. Now, he has about six weeks to prove that’s the case.

With the moves the Red Sox made at the deadline, moving quality pieces for major-league ready players rather than prospects, it’s clear what they’re intention is for 2015. They look poised to make this offseason more about reloading than rebuilding. Obviously, the rotation will be a major focus for them this winter, and they’ll likely look at options on the left side of the infield as well. On top of that, they’ll have to decide how to approach their catching situation.

The thing that makes this whole situation so complicated is that there aren’t many stopgaps options. The list of backstops set to hit free agency in a couple months is bleak. A.J. Pierzynski will be available again, but something tells me they won’t go that route. The other options are almost exclusively backups. David Ross is going to be a free agent, and he’s made it known that he would like to return to Boston again next year. Beyond him, there are guys like John Buck, Miguel Olivo and Geovany Soto. The trade market isn’t much better, with the headliners of the 2016 class being Matt Wieters and Alex Avila. It’s tough to see Baltimore or Detroit trading their starting catchers. 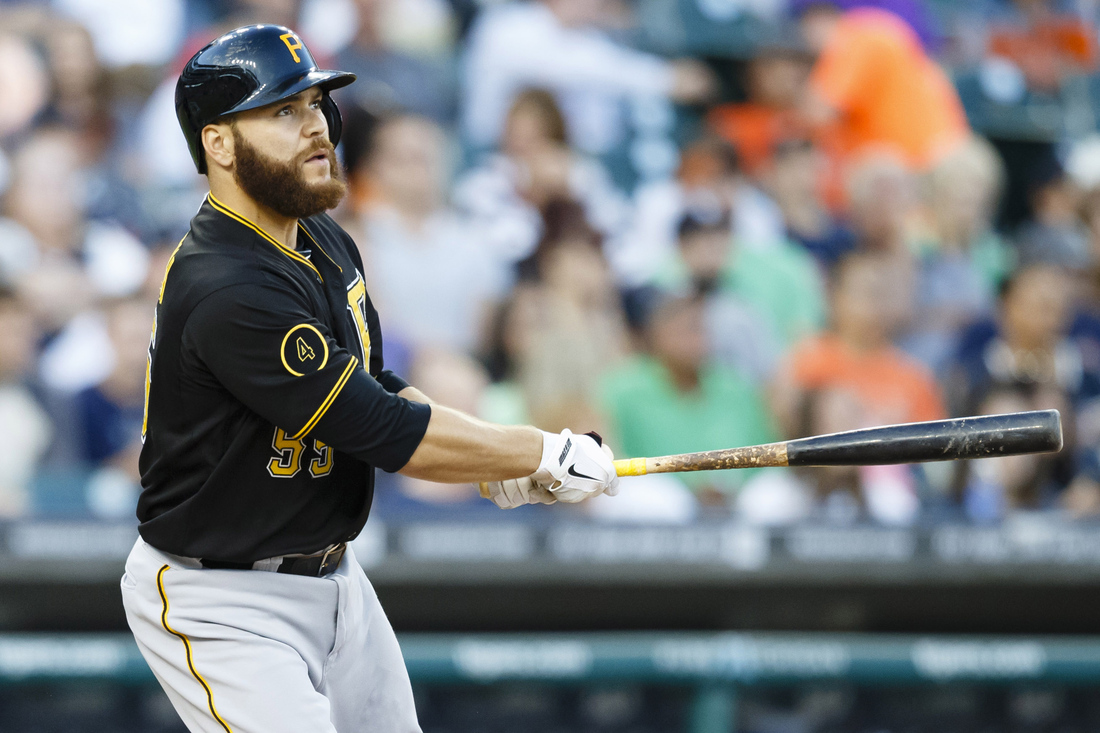 This brings us to the one option who the team could feel comfortable about sticking into the starting role, Russell Martin. The Pirates’ catcher has quietly had a fantastic season at the plate, hitting .288/.409/.404, good for a 137 wRC+. Add that to his defensive skills, and you have a very valuable player. The problem, however, is that he’ll 32 next season, meaning a multi-year deal is likely in his future. While he’d be a clear upgrade for 2015, is locking him up for three or four years something the Rd Sox would be willing to do with Vazquez and Swihart possibly right on the cusp of consistent production?

All of this comes back to Christian Vazquez’s production in the season’s final stretch. It’s easy to hand him the job for the second half of 2014, since it’s been a lost season for about a month now. It’s another story next season, when contention is expected. The front office’s job will be made much easier if he can show that he can handle major-league pitching enough to not be a black hole. If he can do that, the Red Sox can bring back David Ross or sign another backup, and enter next season with Vazquez, a backup, Dan Butler and Swihart on their depth chart and feel comfortable. If not, they may need to make a desperation-type move and bring in someone who requires multiple years of team-control. Of all the things to watch down the stretch this season, Vazquez trying to take hold of the 2015 job is on the top of my list.