The early career success of Mike Trout has had a major effect on the expectations for Xander Bogaerts.

Share All sharing options for: Why Mike Trout is the worst thing to happen to Xander Bogaerts

It's easy to forget how young Bogaerts really is. During his time in the minor leagues, Bogaerts was as much as seven years younger than the average player at a certain level. Even members of the Red Sox forget how young the shortstop really is at times.

"Xander's only six days older than me, but I forget that," said prospect Mookie Betts. "He's been here for a while now and acts like a veteran."

The shortstop has been on the minds of Red Sox fans for nearly three years, first coming onto the scene when he flashed the tools of a potential superstar in Single-A Greenville. Since establishing himself as a top-10 prospect in all of baseball, Bogaerts' name has been mentioned among the names of some of top young talents in the game, such as Bryce Harper, Manny Machado and, most notably, Mike Trout. 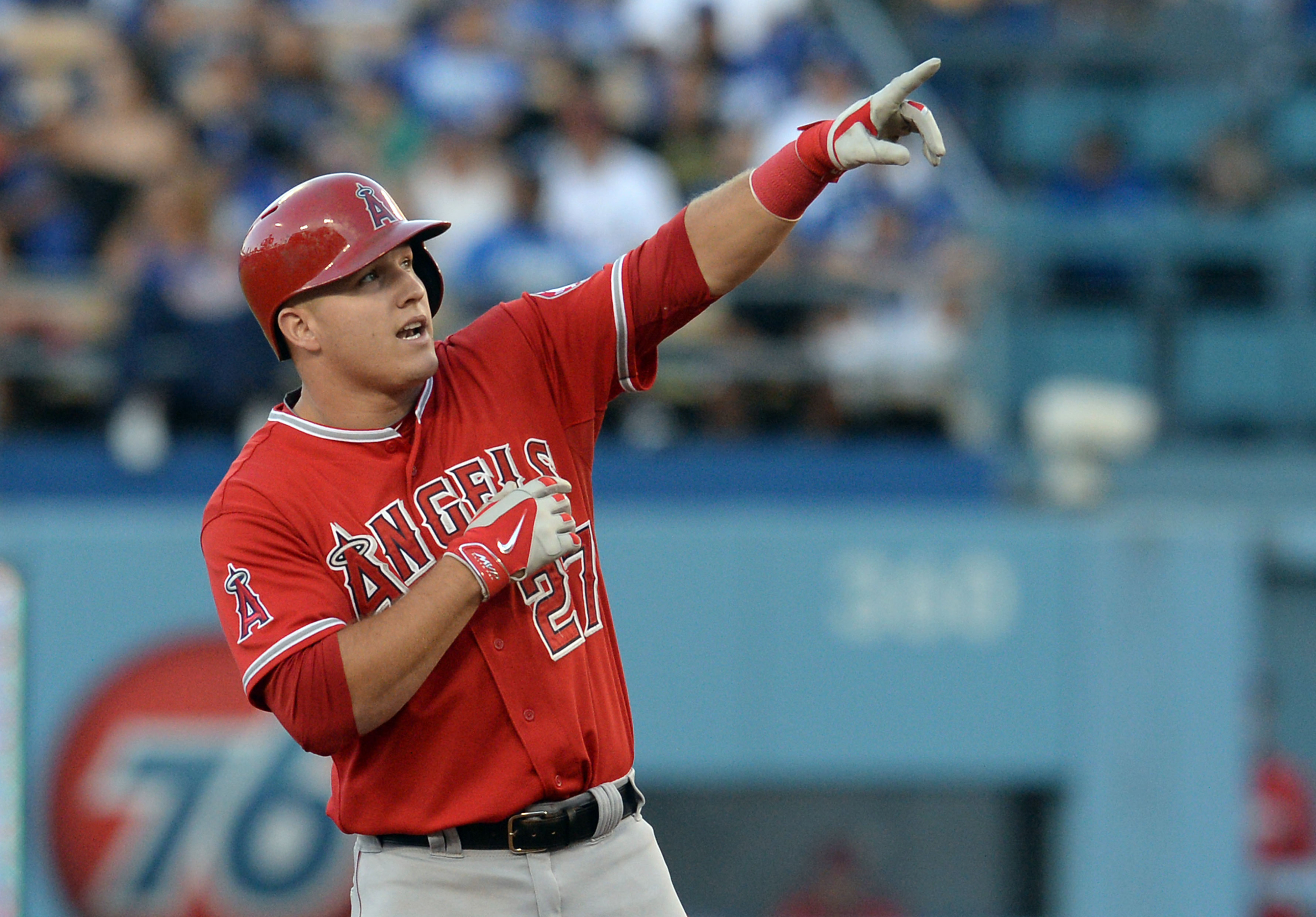 "I saw Mike Trout for two years with the Angels," said then-Pawtucket Red Sox manager Gary DiSarcina last July. "Two different players, power is pretty much equal. Two different tool sets, he's an outfielder with terrific speed, plus-speed. Xander doesn't have the speed. Mike was a better base runner. Mike was a little bit more polished at this age, but Mike played, pretty much until August in Double-A before he got called up. [Mike] never went Double-A, Triple-A, called up. He went straight up from Double-A. The best one I can compare him to is Mike. Just the potential is there."

Trout, of course, has clearly separated himself from the rest of the group, firmly establishing himself as the best player in the game. Trout is a transcendent talent, a rare breed of power, speed, average, fielding and instincts. Seemingly without difficulty, Trout has made playing baseball look easy at the age of 23.

Seeing Bogaerts flourish in the playoffs only further intensified the hype around the shortstop coming into the 2014 season. Bogaerts displayed maturity, poise and plate discipline more fitting with that of a major league veteran. Having been compared to Trout in terms of talent, and looking at his maturity, it was easy to assume that Bogaerts could replicate the type of early-career success that Trout has shown.

To say that Bogaerts hasn't succeeded at the plate at any point this year would be blatantly false.

That being said, Bogaerts has been, in his own words, "pretty horrific" at the plate since the end of May, hitting .169/.198/.279 with five home runs, 15 RBIs, six walks, 56 strikeouts and seven doubles. The areas that have seemingly plagued Bogaerts the most have been his inability to identify pitches -- the slider has been his kryptonite -- and his lack of plate discipline at times. Dating back to his rise through the minors last year, Bogaerts' plate discipline and ability to identify pitches have been the areas that some scouts have viewed as the shortstop's greatest weakness, despite his strong performance in the Red Sox' World Series run.

"He needs to work on his plate discipline and needs to cut down on his strike zone," a scout said last July in regards in Bogaerts. "Pitch recognition still needs some work so I think he'd be exposed by big league secondary stuff."

That has certainly happened for Bogaerts.

Given that 2014 is now a lost season, in terms of playoff hopes, for the Red Sox, one of the most important areas of focus for the team will be how Xander Bogaerts hits and how he progresses at shortstop, an area where the team feels he is really improving, enough for him to stay at the position long term.

Although Xander Bogaerts has struggled in 2014, he is still among the most talented young players in the game today. One year in the big leagues, especially as a starter at the age of 21 (an age that makes him the youngest Red Sox rookie starter since Ellis Burks in 1987), will not push back Bogaerts' development. The struggles could, in fact, be viewed as a positive.

This is the first prolonged stretch in Bogaerts' life where he has struggled playing baseball. For the first time, Bogaerts is dealing with adversity on the baseball field. That, Bogaerts said, is an important development in his career.

"Everyone struggles. This is just my time," Bogaerts said. "How you deal with that struggle is what makes you the player that you are."