With all of the roster shuffling done at yesterday's trade deadline, is Mookie Betts now best utilized as a trade chip?

After the dust settled following one of the craziest trade deadlines I can ever remember, the Red Sox found themselves with a lot of new faces on the roster, and a lot of familiar ones gone. Those new faces have come together to form a roster with a lot of excitement, but also a ton of question marks. They’ve continued to stock pile young, good-but-not-great pitching depth, and they completely revamped their outfield.

If you pay attention to basketball, especially the Celtics, this kind of maneuvering should look familiar. Like Danny Ainge for the C’s, Ben Cherington has spent the past couple years acquiring assets, and now looks like he’s poised for a huge trade this offseason. Whether it’s Giancarlo Stanton, Troy Tulowitzki, Cole Hamels, or some other star whose name hasn’t been floated in rumors yet, Cherington has the pieces to get that kind of deal done. And the guy who looks like he could be at the center of any and all of those trade rumors? Mookie Betts.

The main issue with Betts on this team obviously isn’t the talent. He’s skyrocketed through the system through the past couple of seasons, going from A-ball to start 2013 to being a midseason call-up a year-and-a-half later. If he ends up being eligible for next year’s top-100 prospect lists, he should find himself somewhere in the top-10 to top-20 range, at least. Long story short, he’s super good and super valuable. The problem, though, is that there isn’t a clear spot for him in Boston’s future. His primary position, second base, is obviously filled for the foreseeable future with Dustin Pedroia. They tried to counter that issue by putting Betts in the outfield, but all of yesterday’s action has clouded that possibility as well. 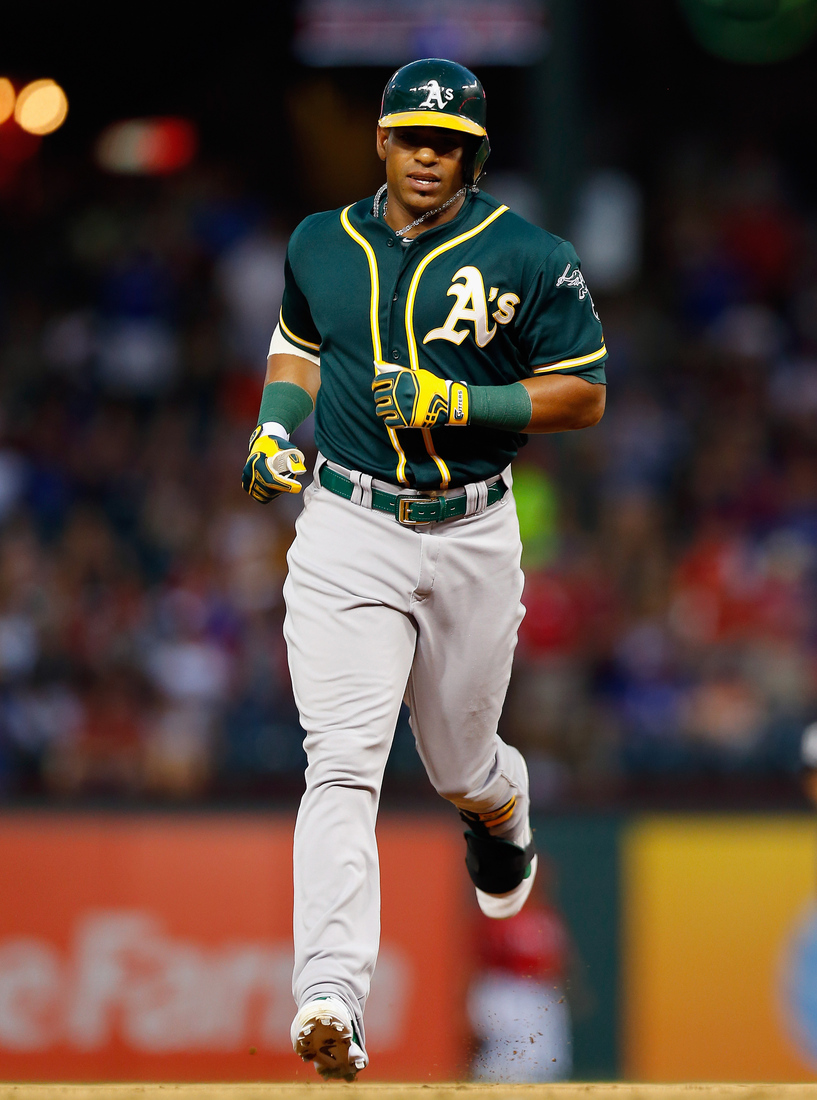 The headline acquisition from yesterday, of course, was Yoenis Cespedes, who immediately can be pencilled into the middle of the Red Sox’s lineup. The former A’s left fielder will be starting his Boston career in right, according to Cherington, which also happens to be the position most saw as the likely landing spot for Betts. Although Cespedes is set to hit free agency after the 2015 season, he seems like a prime candidate to be inked to a long-term deal. A power hitting outfielder like him is very difficult to find, and although the team has made it clear they don’t like giving out those deals to aging players, it’s much easier to swallow when it’s given to a position player rather than a pitcher. Then, there’s Allen Craig, who will begin his Red Sox career in left field. While he’s struggled in 2014, there’s some huge upside with him, and if he continues to hit it’s easy to envision him in Boston’s outfield for years to come. If he doesn’t turn it around, Shane Victorino’s contract ends right when one Jason Heyward happens to be hitting the market at age 26. We also shouldn't forget about the next big Cuban outfielder ready to hit the market, Rusney Castillo. To put it simply, there shouldn’t be any shortages of ways to fill out the outfield without Mookie Betts around.

Will Sox make Castillo their next big addition?

Allen Craig is a gamble the Red Sox should take

Will Sox make Castillo their next big addition? Allen Craig is a gamble the Red Sox should take

So, what kind of deals could be out there this winter? Making a trade with Miami for Giancarlo Stanton is the most obvious and most talked about deal, but that’s because it makes the most sense. The Marlins’ outfielder is starting to become more and more expensive through arbitration, and the thinking is that they will eventually trade him so they won’t be on the hook for that huge paycheck. By making that deal, Ben Cherington would not only be getting one of the premier young players in the game, but he’d also be filling up the position that Betts would likely find himself in for the foreseeable future. There’s also the possibility of Troy Tulowitzki hitting the market. Though injuries are always an issue with him, and his contract isn’t exactly a bargain, he is arguably the second best player in the game, and could combine with Xander Bogaerts to form a lethal left side of the infield. One would also expect there to be some pitching on the market considering how valuable starting pitching was at this trade deadline. New names seem to hit the trade rumors every week, so between now and the end of the World Series, maybe we could see rumors swirling for guys like Jose Fernandez or Chris Sale, or some other mystery arm.

None of this is to say the Red Sox are in a position where they have to trade Betts. He’s still an immensely talented prospect and there would be nothing wrong with keeping him around. However, if they are going to swing a blockbuster deal, their excess pitching depth and multiple stud catching prospects aren’t going to fetch something huge on their own. They need to be accompanied by a headliner, and that title would come down to Mookie Betts and Xander Bogaerts. The latter has already become an everyday player for the Red Sox, and he’s already performed on the game’s biggest stage. That leaves Betts, who could very well be blocked from the lineup, as someone whose biggest value to the team could be what he brings back in a trade.