Why I hate the Jon Lester trade

Dealing Jon Lester at this point in his walk-year might make perfect sense, but I still hate it.

Share All sharing options for: Why I hate the Jon Lester trade

This ain't about your [expletive] business class. It ain't about that. It's that other thing"

After days of torture, it has finally happened. Jon Lester has been traded to the Athletics for Yoenis Cespedes. I'm not going to pull punches or bury the lede here. I hate this deal.

Forget about the return for a minute. My reaction here isn't based on anything to do with Cespedes. I like Cespedes. I would be angry about this deal if it netted Mike Trout, or Bryce Harper, or Giancarlo Stanton--no, that's straight hyperbole. If the Red Sox turned 10 starts from Jon Lester into Mike Trout, I might never stop smiling about it, but I'm trying to make a point here. This isn't about the return. That is my only point. I don't think making an exception for Mike Trout waters that point down any, but I'm wandering off-topic here.  Let's just say that I care so little about the return I feel the need to make completely hyperbolic statements about my lack of interest in it.

I'm also not upset about any negative implications that this trade has for the possibility of Boston re-signing Lester this winter. I'm going to stay positive on that front, even if that means being slightly-to-completely delusional. I'm not worried about that actually. He'll be back next April. Why wouldn't he be?

The reason this deal bothers me is simple. This deal guarantees that Jon Lester won't start again for the Red Sox this season. Or more to the point, I won't get to watch Jon Lester start for the Red Sox any more this season. I'm not harboring illusions about Lester spearheading some improbable comeback that ends up with the Red Sox returning to October glory this year. I'm all for the selling off of spare parts, but for the fan in me, Jon Lester has never been a spare part. Even presented with the very real possibility that he will not be a member of this team next year, I don't see him as simply an asset to be dealt before his value drops. For me Jon Lester is reason enough to tune in to watch and, in a season that hasn't provided nearly as many reasons to watch as we might have hoped for, losing one as major as Jon Lester is a hard hit to take, smart move or not. I want to watch Jon Lester pitch and I want to watch him pitch for the Red Sox. At this point, anything else is just math homework.

For Jon Lester and the Red Sox, it's just business

We want it to be more than that, but baseball is business in the end.

The Red Sox just don't hit for power right now, but Cespedes can help change that.

For Jon Lester and the Red Sox, it's just business The Red Sox need for Yoenis Cespedes

Before some of you jump down to the comments section to educate me in the realities of baseball economics, let me assure you that I am no troglodyte. Would a troglodyte go so far as to use the word "troglodyte" to defend themself? Maybe that is exactly what a troglodyte would do. After all, living in a cave doesn't preclude...crap. I'm off-topic again, aren't I?

Rest assured, my fellow baseball nerds, I am not bashing math homework. I am up on the marginal value of a win. I have strong opinions on which method of creating a dollar/WAR model is best applied in evaluating free agent signings and trades. I've spent countless hours obsessing over the monetary value of a draft pick and its connection to the qualifying offer. I am firmly pro-doing-smart-things-to-maximize-returns-on-player-value. We have no beef on that front. Except, it turns out, when the player in question happens to be one of my favorite players and one of the few players I root for almost unconditionally. 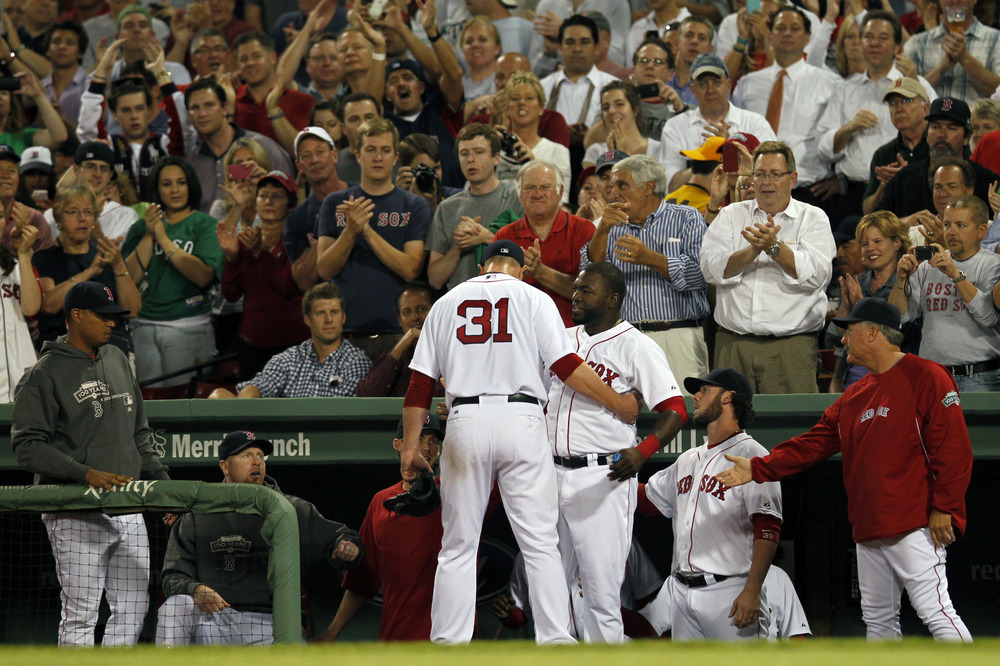 That brings us to the Wire quote at the top of this page. Whether you are talking about baseball or trying to corner the market on heroin sales in West Baltimore, there is a world beyond the [expletive] business class side of things. In the case of teams trading baseball players, that world is the world of the fan. The part of me that still has to live in that world hates everything about this deal. I hate that it is probably a smart move. I hate that as soon as I submit this article I will almost immediately renege on my previous stance of not caring about the return and go analyze the hell out the return (Quick, someone get me Cespedes' spray chart!) Even if when Lester does re-sign this winter, I will forever hate seeing that one line on his Baseball-reference page that reads OAK. It isn't as easy to articulate these feelings as it would be to break down this trade from the cold, rational perspective of needs and values and building for the future, but I don't think that means we should simply dismiss them. That other thing--that fan thing--matters too, even if it can only be expressed semi-coherently through the filter of false starts and hyperbole.

The part that does most of my writing here at Over the Monster and elsewhere on these interwebs loves this game because it is fascinating to break down and to try to understand. I like advanced metrics because they help tremendously in that respect. I like reading and listening to evaluations of contracts and trades because they add to the understanding. I have no ambition to be a scout or to work in a front office, but I want to be able to think about the game the way that brilliant minds inside the game do because that means understanding the game better. For this reason, 99 percent of the time, I approach deals like this with at least some sense of detachment about the player and I would never suggest that side of the equation is invalid or inherently flawed. I'm sure Marc and the rest of the guys will supply plenty of amazing analysis of that kind right here on these pages. I've done it myself and  I will do it again, just not this time. I might like a player that the Red Sox trade away or hate one they get in return, but I am rarely so attached to them that I just want no part the rational analysis of their value on the market right off the bat. This time, it is different.

What's next for Boston after the trade deadline?

Is Mookie Betts a trade chip now? What's next for Boston after the trade deadline?

This is different because this is Jon Lester. This is the player who found out he had lymphoma at the very start of his major league career. Who then underwent chemotherapy in the offseason and returned to pitch in place of Tim Wakefield in the 2007 World Series, winning the final game. This is a player I watched pitch with my father as he underwent chemotherapy. We even joked about it. "If Jon Lester can do it... right?" I watched Jon Lester battle through seven innings without any of his best stuff to earn a win over the Twins on the day my daughter was born. Holding her in my arms as she slept on her first day in the world, he was the guy I was watching. This was the ace of the 2013 World Champions. A little piece of all of those moments would have still been there every time if I could turn on the game and watch Jon Lester pitch for the Red Sox as the 2014 wound to a close. That is the fan thing. That defies rational analysis.

I wrote that I was sad when the Red Sox let Jacoby Ellsbury walk away this winter. Today I am heartbroken.

This feeling isn't unique to me alone, of course. Many other Red Sox fans are feeling this today, I'm sure. Some Oakland fans might feel the same way about Cespedes too. In fact, this feeling probably exists on at least one side of every blockbuster trade that goes down. I'm sure there are many Cubs fans out there that loved seeing Jeff Samardzija pitch. He was their guy the way Lester is my guy. Trading him made sense and Addison Russell is a pretty sweet return, but that doesn't matter if you are the fan who just loved watching the Cubs when Shark was pitching. Even if you are rational and intelligent and you see all the logic in the world in that move, you are allowed to just hate it and hate it and hate it. That is being a fan. For fans, selling off stars is the worst, even if it is the best option available to the team. In what is usually a season full of losing, it is often the biggest loss.

As a fan of Jon Lester and as a fan of the Boston Red Sox, I hate this trade beyond words. It isn't because of the (non-Trout) return. It certainly isn't because I think they would have a chance in hell of winning if they kept him. It isn't because it obviously makes it far less likely that the team will do the right thing and re-sign Lester. As much as I enjoy player valuation and team-building and everything that goes with it, my feelings about this deal exist in complete isolation from that side of the game right now. It ain't about that. It's that other thing.