For Jon Lester and the Red Sox, it's just business

We want it to be more than that, but baseball is business in the end.

Share All sharing options for: For Jon Lester and the Red Sox, it's just business

When "The Artist" won the Academy Award for Best Picture, no one lamented that the purportedly silent film was in fact just mostly silent. Nobody cared about the purity of the enterprise. People liked The Artist because it was good.

Similarly, last weekend in Cooperstown, there was little talk of the tragedy of Greg Maddux leaving the Cubs, Frank Thomas leaving the White Sox, or Tom Glavine showing up at Shea in his golden years. On the field, it's the second consecutive season the league is celebrating a one-team Yankee legend, but Mariano Rivera and Derek Jeter are obviously enormous exceptions to any rules regarding MLB careers.

This is not news, and the Red Sox made as such clear in announcing Dustin Pedroia's contract last year. "This contract does represent an exception for us," Ben Cherington said. "As we told Dustin in spring training, he's absolutely the right person to make an exception for." Pedroia took less money to return, and we never had to gawk at the sight of him in Athletics jersey, and for that, we're all lucky. 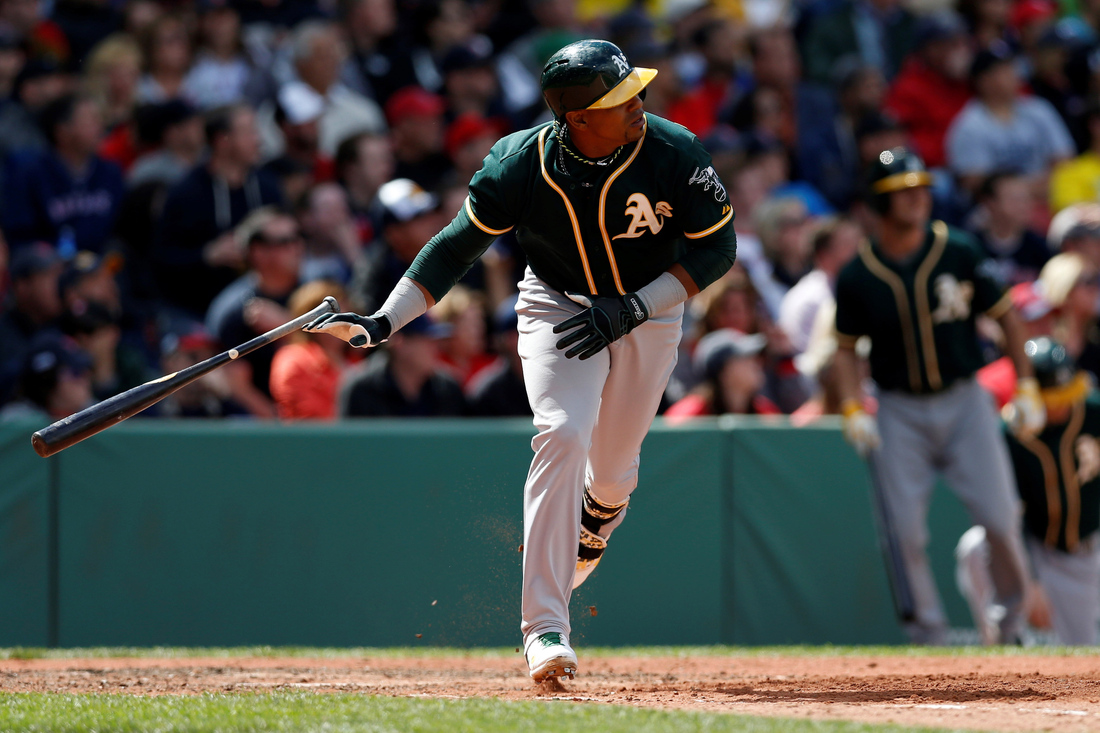 We will get to see Cespedes in a Sox uniform, though, and for that, we're also lucky. (Photo credit: Greg M. Cooper-USA TODAY Sports)

Lester's career with the Red Sox merely includes two World Series titles, more strikeouts than any lefty in Boston history, and beating cancer, and there is an argument that he is also an exception, but he's also a pitcher, whose leverage is only as good as his next pitch. The negotiations wouldn't have gotten to this point if Lester wasn't prepared for this exact scenario, and judging by the positive comments he's tossed toward returning here in the offseason, it's obvious this is all just business.

The Red Sox have finally dealt their ace Jon Lester, signaling the official push for 2015 and beyond.

Felix Doubront's time in Boston is done, as the Red Sox have shipped him off to Chicago in exchange for a player to be named later.

It's a business at which the Red Sox have excelled. A short list of players the Red Sox did not groom as an organization in recent years includes Pedro Martinez, David Ortiz, Tim Wakefield, Jason Varitek, Manny Ramirez, and pretty much everyone else who isn't Lester or Pedroia. We've ripped players away from organizations as babes or full-fledged stars, and acted as if it was our right, like Mitt Romney stripping out assets from a plundered company.

We are, like Lester on the mound, ruthless, and I suspect he likes it. When was the last time a guy in a long-running contract dispute said he'd be happy to return to the team with which he was sniping? It's a batter-pitcher matchup among equals, not unlike Lester's star turn in the Derek Jeter sendoff commercial, in its strange Boston bittersweetness: The moment Lester finally became the team's on-field icon, he became an emblem of its cold corporate strategy.

It's the chill that makes the whole thing seem wrong, but occasionally what we call business is just the business of life, like the one when send your kid off to their first day of school, or of college, or of married life.  It's natural to think we've lost something here, but, as Lester seems to realize, nothing we've lost can match the greatness of what we've already had. Lester knows he's a Red Sox, the way Maddux and Glavine were Braves and Thomas took aim at the Dan Ryan Expressway on the South Side. We may be losing the present, but we still have the past and the future.