Would the Sox trade Lester within the division? It depends on what's being offered.

With the Rays suddenly turning their season around, the pitching market has changed. David Price isn't on it anymore, which means the market for Jon Lester has suddenly expanded. That -- plus the Red Sox' realization that they wouldn't be able to sign Lester in October before he hits free agency -- led to the Sox contacting contending teams to let them know Lester was available. According to the trio of Ken Rosenthal, Jon Morosi, and Jon Heyman, a few of those teams have already called back.

The Mariners were in on David Price for weeks -- and during the offseason -- so it's not surprising to see them connected to the Red Sox and Lester. As Rosenthal mentioned, Lester is a Tacoma, Washington native as well, so there's probably an expectation for comfort were he to head out there. While the Mariners don't necessarily need another starting pitcher, upgrading the lineup has proved difficult, and preventing runs works just as well as scoring them. A postseason rotation with Jon Lester, Felix Hernandez, and Hisashi Iwakuma would be devastating for any opponent.

More: The importance of a protected first-round pick

What the Mariners would send for Lester is a bit more up in the air: rookie starter Tajiuan Walker didn't get a mention in that hypothetical postseason rotation in large part because he could realistically be part of a deal. His shoulder woes (and the Mariners' desire to hold on to him) might preclude that, however. With general manager Jack Zduriencik possibly in his final year as general manager if the Mariners don't succeed, though, maybe Walker is a given in a trade for an organization focused on the now.

The Orioles present an intriguing case for a Lester destination if for no other reason than that they're in the same division as the Red Sox. With Lester just a rental, though, the deal is entirely down to whether the O's are fine parting with prospects who could torment them in the future in order to increase their chances to win today. The Orioles' lineup is good, not great, and the pitching staff is in the same boat, so adding Lester to the mix would give them both a better chance of making it to October as well as a real shot at advancing once they're there: Lester wouldn't just be the best starter in an Orioles' uniform in 2014, but possibly the greatest they've had since Mike Mussina at the start of this century. 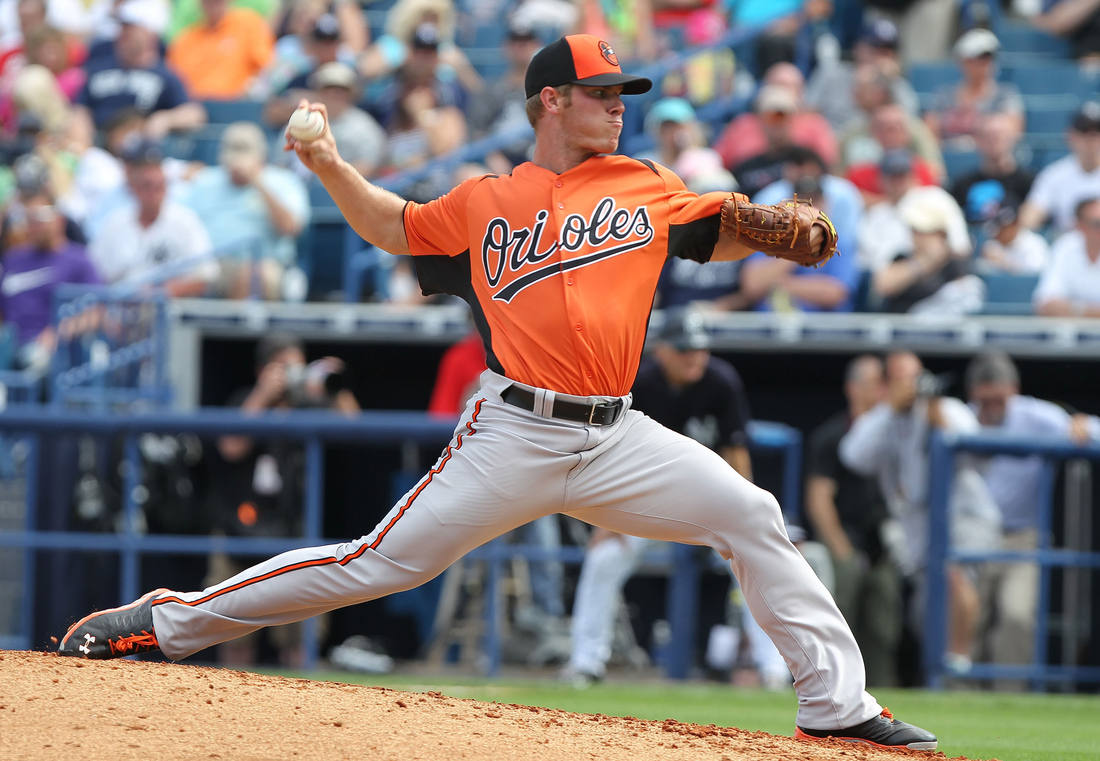 Unlike the Mariners, the Orioles have plenty to send Boston's way, if they decide that's the course they want to take. Kevin Gausman is in the majors at the moment, but if the Orioles are getting Lester back, then they don't need him around to sport a full rotation. Dylan Bundy is one of the game's best pitching prospects who ranked right near the top before his Tommy John surgery. Bundy might be a steep price to pay for Lester, especially given the two teams share a division, but the Orioles haven't advanced past the Division Series since 1997, and last won a World Series in 1983: if you need any more perspective on how long ago their last success came than just that date, know that Jon Lester wasn't even born yet.

The Sox won't be able to pry both Gausman and Bundy from the Orioles, but if Baltimore is willing to give up one of them as the center piece, then a deal could happen. Bundy is unlikely to replace Lester on a 1:1 basis, but he'd be a better fit than anything Boston has in their own system already.

With Jon Lester standing alone atop the pitching market, the Red Sox almost have to trade their lefty ace.

The Sox might not trade either of them, but they're listening for a reason to.

Heyman mentions the Brewers as being a potential destination for Lester as they try to hold on in the National League Central. The Brewers do not have a stacked farm system, but they do have the pieces necessary to acquire Lester should they decide to part with them. Like with the Mariners, the Brewers were looking at Price, but have now shifted their attention to Lester as one comes off the market and the other joins it.

Jimmy Nelson is the potential center piece here. He's a 25-year-old starter in his second go-round of Triple-A, but he's been dominant: he's more than cut his walks in half, is striking out 3.6 times as many batters as he's walking, and has a 1.46 ERA in 111 innings despite spending his time in the Pacific Coast League. While his home park is in the less offensive division of the PCL out east, it's still not a friendly place to play if you're a pitcher.

Nelson would likely be the second-best pitching prospect on the Red Sox, behind only Henry Owens. Baseball America rated him as the  number 38 prospect in the game in their midseason update, while MLB placed him at number 53. He has velocity that scrapes the upper 90s, and has improved both his control and his secondary stuff in his second attempt at Triple-A. Nelson isn't enough to fix the 2015 rotation on his own, but a future rotation with both him and Owens in it looks a lot better than one without the both of them, and if the Sox are moving Lester (and possibly John Lackey as well), then they need all the help they can get.