If Jon Lester walks, who can the Red Sox acquire?

If Jon Lester truly does leave this offseason, are there any good options to replace him?

Share All sharing options for: If Jon Lester walks, who can the Red Sox acquire?

Yesterday on WEEI, Larry Lucchino confirmed that the Red Sox and Jon Lester would hold off on contract negotiations until the offseason. As we all know by this point, Boston's number one starter is set to become a free agent at year's end, and his contract situation has been the major talking point of the 2014 season. This latest development has been taken to mean that he is likely on his way out. That's a bit rash, though. Assuming the Red Sox don't make the playoffs this year (a pretty safe bet to make, I'd say), the two sides will have roughly a month to talk before other teams can get in on the negotiations. With that being said, this certainly isn't a positive development for those hoping Lester sticks around, and it may be time to start preparing for life without the star lefty. Who is out there who could replace him atop the rotation?

The discussion around whether or not anyone currently in the organization could fill Lester's shoes, or at least come close to doing so, has been one we've had here many times before. Still, I think it's important to run through it very quickly once again. At the major-league level, both John Lackey and Clay Buchholz have shown flashes of being that guy, but can't be trusted to do it consistently. The former doesn't have Lester's potential for dominance, and will also be 36 in 2015. The latter certainly has the upside, but he lacks top-of-the-rotation consistency and durability. Brandon Workman, Rubby De La Rosa, Allen Webster and Anthony Ranaudo all look like solid pitchers in the near future, but none of them profile to be more than middle-to-back-end starters. Henry Owens will also be knocking on the door and certainly has the best shot of being an ace in this farm system, but that outcome is highly unlikely, especially in the short-term.

Along with Lester, the other headliner of the 2014/2015 starting pitcher free agent class is Max Scherzer. The Tigers right-hander is a bona fide ace, coming off a Cy Young season and currently putting up his third straight outstanding year. Since the start of the 2012 season, the now-29-year-old has a 3.30 ERA (126 ERA+) with a 3.04 FIP. If you're concerned about how much Lester will cost on the open market, though, Scherzer is likely not the guy for you. He's already turned down a six-year, $144 million contract, so one can only imagine how high that could get this winter.

James Shields is another candidate who is set to hit free agency this winter. Kansas City's top pitcher was infamously acquired for Wil Myers, and has proven in his career that he can handle the AL East. However, while he'll likely command less on the open market, he doesn't have the same kind of upside as Lester, and he is also closer to his decline, being about two full years older than Boston's pitcher. Finally, a former Red Sox arm is hitting the open market after this season in Justin Masterson. Now part of Cleveland's rotation, he will command less in terms of dollars than the other two on this list, but for good reason. He's shown some flashes of being an extremely useful pitcher, but he lacks the consistency to be counted on to truly replace Lester. Masterson has struggled this season, walking five batters per nine innings en route to a 5.51 ERA (68 ERA+). He could be an interesting buy-low signing, but he would be more of a high-upside, mid-rotation arm than a bonafide top-of-the-rotation guy. 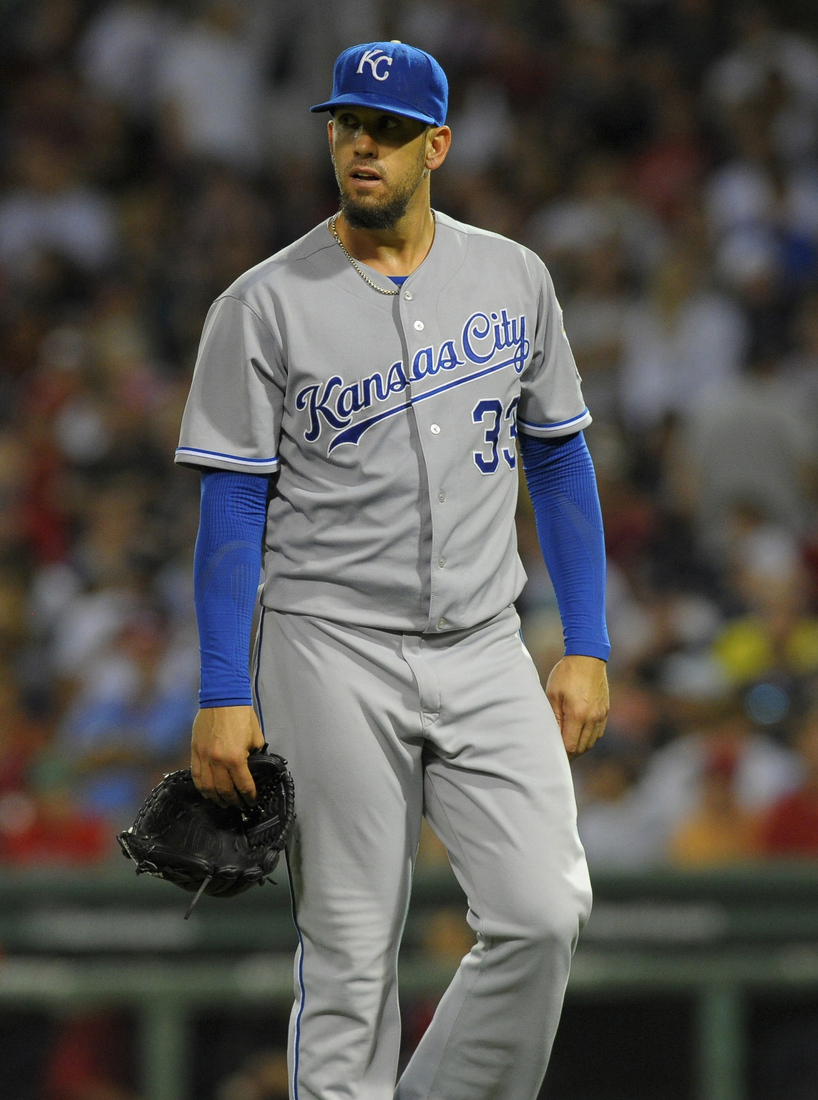 It's also possible that the Red Sox would look to deal for an arm rather than try the inefficient free agent market. Considering the fact that they'd be looking to compete in 2015, and don't have any major talent logjam in the lineup that could fetch a true quality arm, it'd be more likely to see a trade involving some of Boston's loaded farm system. This, in turn, would probably limit their search to rebuilding and/or small market teams. David Price is the first name on everyone's minds, and the Red Sox could challenge pretty much any package offered for Tampa's stud, but hoping for that magnitude of a trade within the division is asking for disappointment. One intriguing name that could surface this weekend is Jon Niese from the Mets. While he's not as dominant as Lester, he's a solid arm on a great contract ($16M over the next two seasons, plus two very reasonable team options) who could be counted on to keep Boston is games every time out. With New York looking at a rotation topped by young arms like Matt Harvey, Zack Wheeler and Noah Syndergarrd, they could very well look to move Niese in exchange for more high-ceiling talent.

In addition to the Mets' starter, the Phillies have two arms potentially ripe to be traded. Cliff Lee has been part of rumors in Boston for what seems like forever, and has a contract that would make him available for cheap if a team was willing to take on most of his salary commitment. Philadelphia could also dangle Cole Hamels. He and his contract are always brought up as comparable for Lester, which makes this kind of move questionable. Why give up prospects for the privilege to pay someone roughy the same amount you'd pay Lester? Further down the list are guys like Tyson Ross and Jose Quintana, both of whom play for rebuilding teams, and have shown flashes of being very good pitchers in this league. However, it's also unlikely either would match what Lester could give them, or whether they'd even be available in a deal. (Quintana has been rumored to have been deemed untouchable, but it's hard to imagine there's no deal that could entice Chicago to deal him).

While there are plenty of intriguing names available as Lester replacements, they all come with their respective warts, too. The internal candidates are all fun to keep track of, but it's difficult to see any matching Lester's talent level.Scherzer would be a great replacement, but if Lester is going to be too expensive, there's no way Scherzer would be an option. Shields and Masterson would be cheaper options, but not by too much, and neither can provide what Lester can. The trade market is still somewhat uncertain, but all of the guys who would possibly be available are either more expensive than Lester, or not as talented. It's not impossible to replace Lester in the rotation, but it will be very difficult to do it efficiently. At the end of the day, keeping him here is the best move for Boston's front office to make.