A former top-10 pick who turned down a $2.1 million signing bonus out of high school, Red Sox prospect Karsten Whitson starts his first professional season with no regrets on his decision to go to college.

BOSTON -- It was a tough decision for anyone to make, let alone a high schooler. When the San Diego Padres drafted Karsten Whitson with the number ninth overall pick in the 2010 First Year Player Draft out of Chipley High School in Florida, the then-18-year-old had a lot to consider.

Whitson had committed to the University of Florida to pitch for the Gator's baseball team. The Padres, however, had different plans: the team offered Whitson a signing bonus of $2.1 million to start his baseball career right then and there. As a senior, Whitson was rated the third-best high school prospect in the United States by Baseball America, posting an 0.62 ERA with 123 strikeouts in 55 innings pitched during his senior season.

After a lot of deliberation, Whitson did something that most probably could not do: he turned down the money and decided to go to school. While at Florida, Whitson's college experience on the field was not great. The righty missed the entire 2013 season after shoulder surgery. Whiston went in the 37th round with the 1,126th overall selection to the Washington Nationals in the 2013 MLB Draft. Instead of signing, Whitson decided one again to return to school, eventually being chosen in the 11th round to the Red Sox and signing for a $100,000 bonus.

Sure, Whitson lost nearly $2 million dollars by going to college, but the now 22-year-old has no regrets.

"College was easily the best four years of my life," Whitson said. "I can't wait to get back in the offseason and work out and get up with some old friends. I think it helped me a lot as a person and as a player. It matured me and was able to walk away with that degree, so mom and dad were happy and it was good." 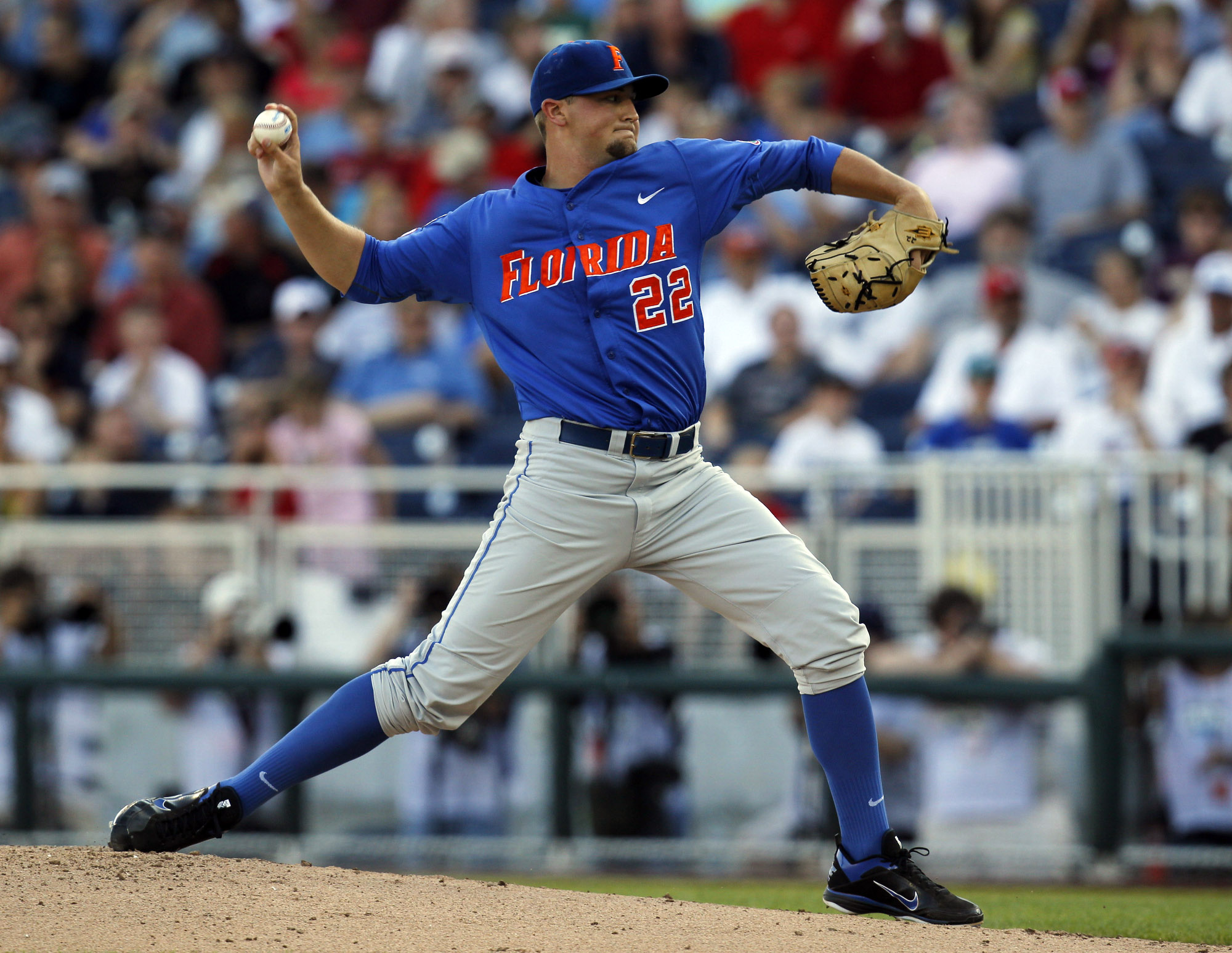 Whitson, who boasts a low-to-mid 90s fastball with a plus-slider, a developing changeup and a projectable 6-foot-4, 220-pound frame, says the injury struggles he went through in college helped him become a more mentally tough. Whitson hopes that his experiences with adversity in college will help him through the inevitable ups-and-downs that he'll experience during his first year as a pro.

"[I had to grow] up at a young age," Whiston said. "I didn't do it by myself. I had a good supporting cast around me and my family and my parents and close friends, people that were at my corner that helped me get through the last three or four years and you learn a lot about life. You learn a lot about people who support and you're thankful for that and you just work and get better everyday. You try to get better people pulling for you and you realize that so you don't want to let anyone down."

Lowell Spinners manager Joe Oliver says its very clear why Whitson was a top draft prospect out of high school. The talent is apparent whenever Whitson takes the mound for the Spinners.

It took over a year, but Bradley is starting to put things together at the plate.

"He's got something more than most professional guys have, especially at this level," Oliver said. "You're looking at a guy that has a power fastball. He's mature and really able to dominate the zone when he stays within the zone. You can understand why he was a high pick out of high school."

Whitson represents a prospect with as high a ceiling in the 2014 Red Sox draft class. One evaluator says that if Whitson stays healthy, the righty could end up as the steal of the draft. Whiston has more polish and command than anyone else in the draft class, according to an evaluator.

Nowadays, Whitson doesn't think about where he went in the draft out of high school. Instead, he thinks about how lucky he feels to be a part of the Red Sox organization.

"Obviously, you might have an idea of where you should go in the draft, but the draft is crazy every year," Whitson said. "Luckily for me, the Red Sox showed me a lot of interest in me and they took me in the 11th round and I was blessed and happy to be with them and to be in an organization with such a winning tradition, so it was awesome."

Whitson, who got his first ever taste of Fenway Park during Sunday's Futures at Fenway event, says the experience of being in Boston drives him to work harder to make the majors.

"I was like a little kid and there is a little extra pep in your step," Whiston said. "You're just running around and soaking it all in. This is where the best guys in the world play in a day-in, day-out basis so you're just kind of feel like a big leaguer for the day and it's kind of nice. They've got a nice spread for us in the locker room and they're treating us real well. It's real nice so it's something to look forward to. If you play well, this could be you every single day."