With Andrew Miller set to become a free agent this offseason, should the Red Sox look to trade him?

Somehow, it's already approaching August, meaning teams around baseball are deciding how they feel about their chances at a playoff run and are setting their trade deadline strategy accordingly. The Red Sox, currently 9.5 games out of the division and eight games behind the second wildcard leader, are pretty clearly not in a position to make a serious playoff run. That's been established for at least a couple weeks now. However, they're in a unique position, since they still believe they can win a championship next season, so they can't trade away too many pieces right now. There are some players who are either blocking prospects or have no place on this team in the long-term who will surely be trade. They are the Jake Peavys and Jonny Gomeses of the world. However, there are some guys whose fate is a little less clear. Jon Lester has been getting most of the publicity in this regard, but one guy who really interests me is Andrew Miller.

Miller has been a tremendous asset for this team since he made a permanent shift to the bullpen. The former top-10 pick was once considered one of the best young arms in the game, and headlined a package that sent Miguel Cabrera from Florida to Detroit in 2007. There, Miller flamed out and became one of the bigger disappointments in recent memory. However, after the Red Sox took a flier on the six foot, seven inch lefty, he was eventually taken out of the rotation and he flourished. Over the past three seasons, he's worked exclusively out of the bullpen, racking up 107-1/3 innings, with a 2.77 ERA (149 ERA+), striking out 35 percent of the batters he's faced while walking 11 percent, giving him a 3.2 K/BB ratio and a 2.58 FIP. For context, Miller's strikeout rate over that time is sixth highest among all qualified relievers in baseball, while his FIP places him 12th. He has become a quietly dominant piece out of the bullpen for the Red Sox, but he is also due to hit the open market this winter, making him a trade candidate. 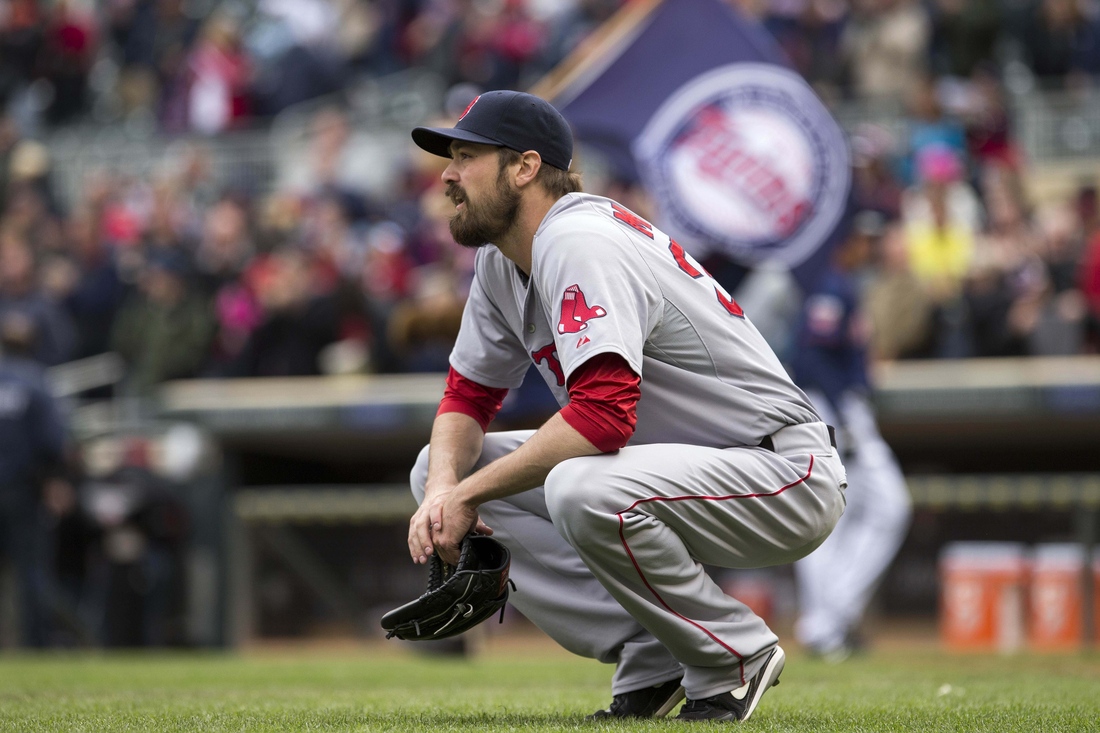 The reasons for trading Miller are pretty straightforward. With the way he has pitched since shifting permanently to the bullpen, the left-hander can command a relatively big contract on the open market. He's obviously not looking at anything close to what Jon Lester will fetch, but he won't be making the league minimum, either. And while bullpens are definitely an important part of a winning team, a team won't want to lock up too much of their money there. Since they seem determined to keep Koji Uehara around after the season, it's possible they don't want to lock up more than one reliever this offseason, especially with Junichi Tazawa still here and a lot of young arms on the way. On top of that, good arms that can come out of the bullpen late in games are always in high demand this time of year, when teams can be one piece away from being put over the top and into the playoffs. Miller can be that kind of guy, especially with his dominant strikeout rate. No, the Red Sox won't get anyone's top prospect for him, but they could get a nice midlevel prospect in return.

With all of that being said, the case against trading him is stronger in my opinion. As I mentioned before, the Red Sox should have every intention of playing for a championship in 2015. Looking at the future of their roster, one piece that is missing from the puzzle for the next few years in a strong left-handed reliever. If they let Miller go, they would be looking at very few internal options who can fill his shoes. Craig Breslow hasn't been himself this year and could be looking at release before next season begins. It's possible Felix Doubront could benefit from a Miller-like transformation after being moved to the bullpen, but it seems far more likely he'll be traded before that happens.

On the farm, the only possibilities are Tommy Layne and Chris Hernandez -- two AAAA players -- and Drake Britton. Britton came up last season and put up very nice numbers, but he's struggled all year in Pawtucket this season, and it's tough to see him being the primary lefty out of the bullpen in 2015. The free agent market doesn't make things look much better. This is a group headlined by names like Phil Coke, Scott Downs, Tom Gorzelanny, Joe Thatcher and Franklin Morales. It would be tough to come up with a less exciting, more mediocre group of names than that.

While the Red Sox front office tackles the tough (and admittedly more important) decision of what to do with Jon Lester in the next couple of weeks, they also have to determine their strategy with Andrew Miller. He's a late-inning reliever who's been outstanding since 2012, but one who is hitting free agency this year and will be turning 30 next season. They could decide to trade him and get an interesting piece back from a team who feels they're one arm away from the playoffs. However, if they go that route, they're going to have a very tough time replacing him for next year's team. Because of that, unless some team completely blows them away, it'd make more sense for the Red Sox to keep Andrew Miller around, and try to work out some sort of two-year extension with him after the trade deadline.