Look where he was when the camera switched to the outfield. This is just crazy.

Share All sharing options for: Brock Holt makes an absurd catch in left. While playing center.

It's hard to tell in the Vine, but Holt was to the right side of second base when the camera switched to the outfield view, as this handy image will show you: 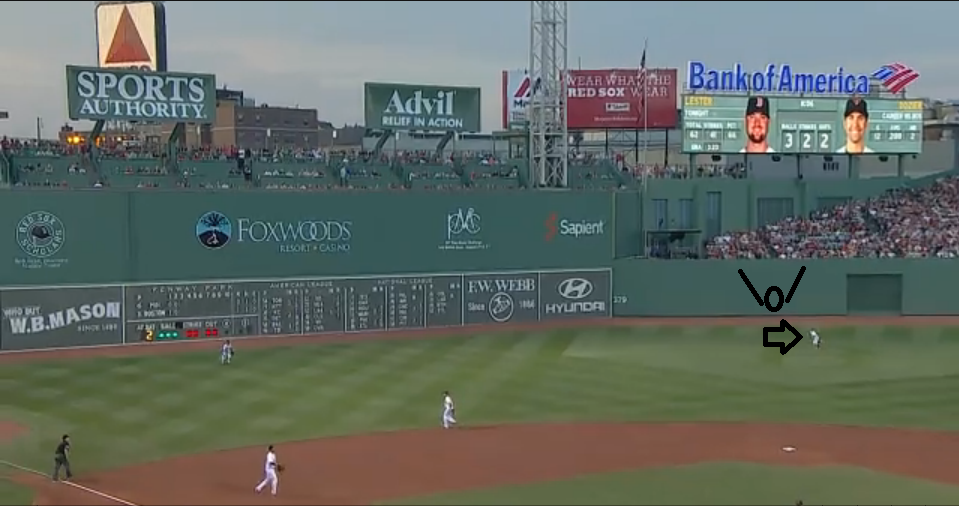 Gomes lost it in the twilight, but Holt came out of essentially nowhere to turn an embarrassing moment for Jonny into a ridiculous catch.

Again, this is his first-ever start in center for the middle infielder, who has also played third base and first base for the Sox in 2014. I look forward to when he makes a spot start and throws a complete game shutout. To himself, I mean, since he'll also be playing catcher that day.