Brock Holt is not just another Ciriaco

Brock Holt has had an incredible 2014, and while it seems to good to be true, the guy is a legitimate MLB player.

Share All sharing options for: Brock Holt is not just another Ciriaco

Brock Holt has officially reached legend status. Acquired mostly as an afterthought in the deal that brought Joel Hanrahan to Boston, the 26-year-old has burst onto the scene in 2014, tearing through MLB pitching at an All Star pace. The year didn't get off to the start he had hoped for, as he lost a battle with Jonathan Herrera in spring training for the backup infielder role, which was essentially the final spot on Boston's roster. He followed that up by putting up huge numbers in Pawtucket, and that hasn't stopped after being promoted to the majors. Holt has played so well that John Farrell is pencilling him in at the top of every lineup, and is finding new positions to play him in so his bat is present in every game. Of course, a backup infield-type unexpectedly taking the league by storm isn't a new thing for Boston. They experienced that a few years ago with Pedro Ciriaco, and to a lesser extent with Jose Iglesias. While those guys aren't the hitters they showed flashes of being through hot stretches with the Red Sox, Brock Holt is a better bet to stay productive.

Let's take a minute to appreciate just how incredible this guy has been. While the rest of the team is hitting like they're playing in the deadball era, Holt is hitting a cool .336/.373/.466, good for a 130 wRC+ in 143 plate appearances. He's driven in 15 runs, scored 17, 30 percent of his hits have gone for extra bases, and he has the best head of hair on the team. In short, he's been amazing. Now, many will look at his numbers and immediately call for regression. I mean, he has a .410 batting average on balls in play, so obviously this is all luck, right? Well, sort of. In the sense that he's not going to continue to hit like one of the better bats in all of baseball, yes, he's been lucky. However, that doesn't mean he's going to completely fall off the face of the Earth. There are plenty of reasons why Holt isn't going to be another example of a hot hitter playing completely over his head, a la Ciriaco and Iglesias.

The first of which is that Holt has hit throughout his professional career. Looking at his numbers compared to the other two guys I've mentioned, it's obvious who you'd pick to be a successful major-league hitter. Although he's never been mentioned as a top prospect, the former ninth-round pick has always been thought to have the potential to be a solid bat off the bench. After being drafted in 2009, he's been an above-average hitter at every level he's played at through the minors except for his forgettable 2013 in Pawtucket. He consistently hit at or around .300 with high BABIPs and average-to-above-average walk rates. For comparison, Ciriaco has never really hit at an above-average rate in the minors. Neither has Iglesias for that matter. Of course, the latter has defensive skills that blow Holt out of the water. While Iglesias' glove likely makes him the more valuable player going forward, based on track record, I'd bet on Holt's bat in that matchup every day of the week. 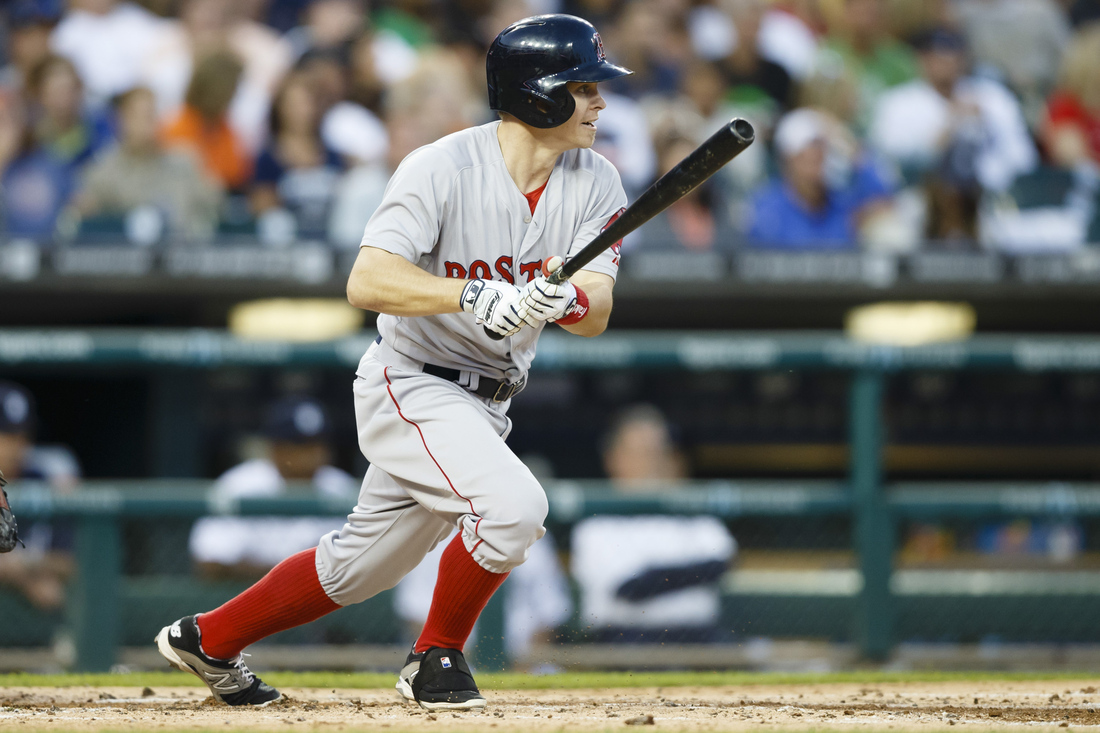 Another reason Holt's bat has more staying power than some of the other utility men he's followed is that he has much better plate discipline. As I mentioned above, he has never been afraid to draw a walk and wait for his pitch. In his career, he has swung at an even 26 percent of pitches he's seen out of the zone, roughly three percentage points below the league average. He's not a free swinger who has gotten lucky by getting good wood on bad pitches, something that Ciriaco and Iglesias both benefited from in their stretches of hitting in Boston. Despite swinging less than both of those guys, Holt has made contact the most often of the threesome. He's not Joey Votto at the plate, drawing walks in seemingly every other at bat. But he does excel at waiting for his pitch and capitalizing on it.

This fact leads me to my last point, which is that Holt makes better contact than your prototypical utility man. While Iglesias was able to hit like he did last year by getting somewhere around 600 infield singles, Holt has done a much better job of driving the ball. His line drive rate this year is 23 percent, compared to a league-average of 20 percent. Even more encouraging is that he rarely makes terrible contact, with just one infield pop up this season. While he doesn't have home run pop, his tendency towards good contact has led to him already having ten doubles, ranking fourth on the team despite his relatively few trips to the plate. Even in a small sample size, this kind of contact isn't the type of thing we've seen from more prototypical flashes in the pan.

Is Brock Holt going to finish this season with a 125 wRC+? Almost certainly no. It would be a massive surprise if he did. Even if using BABIP as a pure luck stat is completely off-base, even the best hitter isn't going to post a .410 mark all season. That's going to come down at some point, and with it, his overall line will drop. In fact, it wouldn't be surprising at all if he's no longer an every day player at the end of the season. Even with all that being said, Holt's bat is legitimate major-league material. He's not a fringe major-league player like Pedro Ciriaco, and he's not the kind of weak hitter Jose Iglesias is. It's easy to look at Holt's sudden rise to stardom and be skeptical, but don't be fooled. This is a guy who will be a legitimate major-league player for years to come.