There is no doubt that the Red Sox need something to jump start their third base production, but finding that something is an entirely more difficult task.

Share All sharing options for: Red Sox third base problem is complex

There have been a number of problems with the Red Sox in the first month-and-a-half of the season, all of which have combined to result in a disappointing 20-23 start. Some of these issues were not easy to see coming, such as a complete lack of production from the outfield, and three-fifths of the rotation vastly underperforming. Other things, however, were seen as potential question marks, and those worries have come to fruition. First and foremost on that list is struggles at the hot corner.

With Will Middlebrooks battling multiple injuries already this year, and general lack of production while he's been on the field, Boston's third basemen have produced the third-worst fWAR in baseball and the fourth-worst wRC+. With June quickly approaching, it's becoming time for the Red Sox to act on this problem. Unfortunately for them, that's much easier said than done, as it's a complex situation with a number of options that each depend on the others.

First and foremost, Ben Cherington and the rest of the organization need to determine how they feel about Will Middlebrooks' future. It wasn't too long ago that the now-25-year-old was the top prospect in the system and burst onto the major-league scene with a .288/.325/.509 (121 OPS+) batting line in 286 plate appearances. This promise led to him being handed the job out of spring training, and with it every opportunity to hold on to it for the long-term. Instead of returning to his 2012 form, he's looked more like last year's version of himself, except with less power. Middlebrooks has now had 456 trips to the plate since the start of last season, and has produced a pitiful .222/.277/.408 (85 OPS+) line. This isn't even to mention his sudden injury woes. Since being called up in the middle of the 2012 season, he has hit the disabled list four times, including twice already in 2014. The potential is still there, and his power is always going to be intriguing, but one could hardly blame the Red Sox if they were thinking about other options.

In terms of the future, the number one name on this wish list is likely Garin Cecchini, who looks like he'll be a good major-league hitter who comes with the added benefit of being young and cheap. Since his professional career started, the 23-year-old has done nothing but hit, showing good bat-to-ball skills on top of an impressive approach at the plate. While his power isn't where some would like it to be, the rest of his profile should more than make up for the one deficiency. The one negative for the 2010 fourth rounder is his defense, as some aren't sure he'll be able to stay at third base, and the team doesn't seem to think he's ready right now. At the plate, Cecchini would be able to come in and contribute right now, as he's had no problem adjusting to any level he's been promoted to thus far. However, the team is going to wait until his defense is ready. Whether or not they think that is going to be the case in the next month or two determines how seriously they look into the next option. 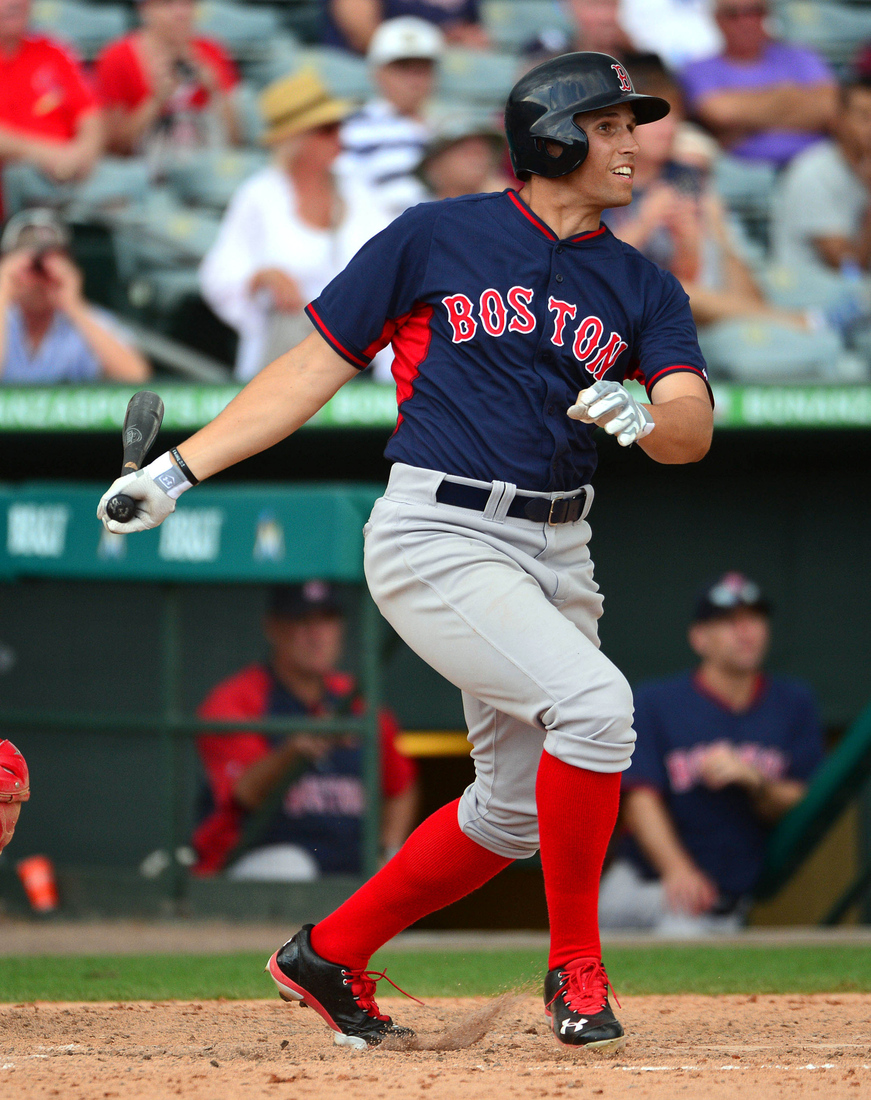 There is always the possibility of looking for outside help to stabilize third base and bring some much-needed consistency to the lineup. When we think of players not currently with the organization, the first name to come to mind is probably Stephen Drew. After being an important contributor to last year's World Series championship, the shortstop inexplicably remains unsigned, falling victim to MLB's draft pick compensation system. Bringing Drew back to Boston would, of course, result in a bit of shifting, putting Xander Bogaerts at the hot corner with Drew at short. Not only would this be a theoretical upgrade offensively, but it would also be a huge upgrade at the most important defensive position in the infield.

The only problem would be whether or not this would mean Bogaerts moving off shortstop for his entire career. This would halt his progression at the position, as well as potentially shake his confidence any more than it already is. In addition to Drew, there are a number of trade targets they could go after as well. I won't run through the names again, but I will say that none of them seem like a big enough upgrade to part with anything too major. Still, they could be the only outside options in a few weeks, as Drew's market figures to heat up quickly after the draft in the beginning of June -- once the draft occurs, he will no longer cost a draft pick to sign.

Stuck in the middle of all of this is Brock Holt, who is in the unenviable position of being shuttled between Pawtucket and Boston whenever he's needed. Although he probably isn't anything more than a career utility player (or a regular on a bad team), he plays a very important role in this entire situation. He is the reason the Red Sox can wait at least a little while longer to decide how they'll handle this position, serving as a capable stopgap while Middlebrooks is on the disabled list. Holt's ability to contribute allows Cecchini more time to season his defense, and let's Cherington take his time in deciding whether he's willing to pay the price for outside help. He'll never be the answer to the underlying question, but Holt may be the most important person in this equation right now.

In the end, it is a question without an easy answer. It's easy to say give up on Middlebrooks, but the potential is still there and he's not too far removed from success. If you decide that it's time to give Cecchini a chance, how much are you willing to rush his defensive growth, especially considering Bogaerts' shaky defense at shortstop this year. Perhaps you decide they need outside help. Are you willing to give Drew the multi-year deal he can likely fetch after the draft? Are you willing to deal prospects for rentals like Chase Headley or Pablo Sandoval? Luckily for them, Brock Holt can hold down the position and give them a couple more weeks to make a real decision, but the time for a definitive answer is nearing, despite the complexity of the situation only growing.