Sizing Up the Opposition: Minnesota Twins

We don't see the Twins all that often, seemed only fair to get a preview.

Share All sharing options for: Sizing Up the Opposition: Minnesota Twins

The Red Sox are prepping at Target Field for a three-gamer with the Minnesota Twins, a situation that I imagine provoked a hearty "oh yeah, the Twins are a thing" from many a Boston fan. But while most of our attention tends to turn to our recent ALCS dance partners in Detroit, the Twins have been playing solid ball so far in 2014, and it seemed like getting a bit of insight before the series began would be fun. Jesse Lund, of our friends over at Twinkie Town, took the time to answer a few questions about the AL Central squad. (I gave a few answers about our boys for the Twins audience, which can be found here.)

Minnesota's currently knotted up with Cleveland and Chicago a few games back in the Central, how likely is it that the Twins will stay within shouting distance of the Tigers this season?

Largely, I think it depends on how long the offense can keep on scoring. And a lot of that is based on how many walks the team is taking. Eventually pitchers will figure out that the Twins are taking better at-bats and swinging at fewer pitches, and as a result pitchers wi'll throw more strikes, and at that point the Twins will need to counter fewer walks with more hits or more power. Both of those seem unlikely. The pitching could get a bit better, especially in the bullpen where certain guys haven't been as effective as they could be, but can it be enough to counteract a team that is currently best in baseball in taking walks (11.1 BB%)? We'll find out eventually.

Brian Dozier's hit 9 of the Twins' 25 home runs this season. He hit 18 last year, which is quite solid for a second baseman, but 9 by mid-May is impressive. Is he breaking out this year, or is it likely he'll come back down to earth?

Based on his minor league track record, I'd have said that Dozier broke out last season - when he hit .255/.331/.458 from June 1 through the end of the season. While there were moments in his minor league career where he flashed some offensive prowess, he never showed this kind of power and I think most Twins fans who followed his rise thought that he wouldn't repeat those home run totals. But as you mentioned, he's well on his way. Is he likely to come back to earth? Regression to the mean insists yes, but Dozier is in his prime, is a smart guy, and has certainly displayed a propensity for a power stroke when pulling something over the plate. So yeah, it's likely the power comes down a bit, but I'm a lot less sure of that now than I was in March.

Along the same lines, Minnesota's currently 5th in the AL in runs scored, but next to last in SLG. Will their power pick up, or is that likely to drag down production as the year goes on?

Like I mentioned earlier, it's all about this team's ability to be patient and coax out free passes. When Oswaldo Arcia comes back, and when Josh Willingham comes back, then we should see the power come a bit more - but it's all relative. I'd consider it a successful season for the offense if it avoids finishing in the bottom third of the league in runs scored.

Phil Hughes has looked pretty good this year, but his career numbers against Boston are pretty brutal. What do you expect from him on Thursday night?

If he can command the high fastball, he'll have a better chance to be effective. But even for a team like Boston that hasn't been as dangerous offensively as it has been in recent seasons, there are plenty of guys on the Red Sox roster who are capable of punishing mistakes. It's who Hughes is as a pitcher, though - he's not afraid to tempt hitters with high heat. He has to be aggressive in that sense. Hopefully he hits his spots, and if he's feeling one or two of his secondary pitches, then that's even better. 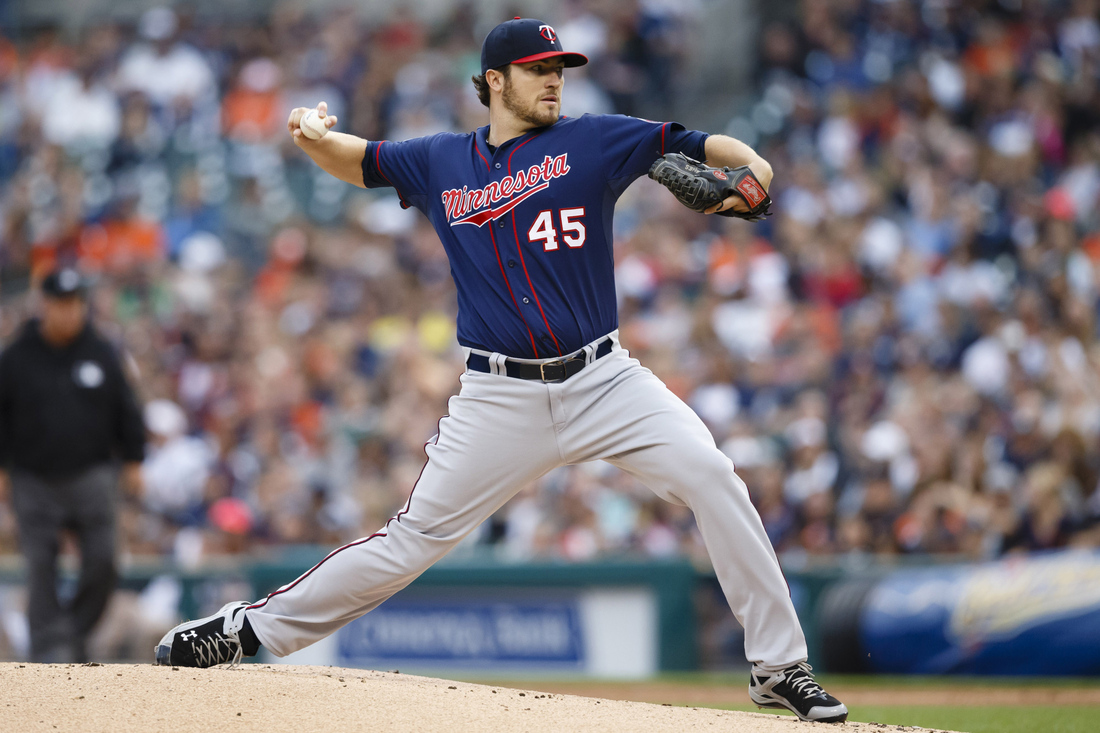 The Red Sox are getting started on their youth movement with Xander Bogaerts and Jackie Bradley Jr. up and contributing, what's the level of anticipation among Twins fans for Byron Buxton and Miguel Sano (among others) at this point?

It's a bit of a sore spot right now, at least with Buxton and Sano specifically. Buxton just started his season last week and then re-injured his (non-throwing) wrist. So he's out again. He wasn't going to reach Minnesota this year anyway, most likely, so hopefully he's honest with the medical staff and hopefully the organization exercises patience in getting him back on the field. There's no rush. And then Sano is out this season after undergoing Tommy John surgery. Unlike Buxton, Sano had a realistic chance for a callup at some point this summer - even if it was September. The silver lining is that position players don't need as long to recover from Tommy John as do pitchers, and he'll be back with the team in spring training of 2015 with a real chance at earning the starting third base job from Opening Day.

Potential ace Alex Meyer will get a callup soon, probably before July. I think that Denard Span trade is turning out just fine.

Thinking of the future, obviously Boston was just able to hang a pennant, how soon can the Twins expect to win their fourth World Series?

I appreciate your giving the Twins credit for three, but one belongs to the Washington Senators. Same franchise though, so maybe it counts? I'm happy to take it. Anyway, I think the Twins will have an opportunity to be competitive as soon as 2015, but to be a team with the talent to really be seen as a legitimate contender? Even with one of the best farm systems in baseball, that's going to depend on the front office finding ways to add Major League talent. If they do well, then I'd say the window for the Twins would really open in 2016. It's been awful watching the team on most days for the last three years, so the sooner, the better.