Looking back at April for the 2014 Red Sox: A month marred with bad weather and inconsistency.

BOSTON -- "Man, Mother Nature, what's going on?" David Ortiz exclaimed, looking up at the ceiling. "It will go away, probably a week it will get back into baseball weather."

The month gone by has not been friendly to the Red Sox. Inconsistent play in the field has kept the team from ever establishing any real momentum, while unusual frigidity and wind has left fly balls unpredictable, hands stinging, and players hidden away by face scarves in an attempt to fight the chill.

But really, how cold was it for the players? Well, it nearly made Big Papi cry.

"Bro, I hit a ball last night that I swear to God, I wanted to cry," Ortiz said. "It was so cold, but it is what it is. You don't want to use the weather as an excuse, which is an excuse, because you definitely don't play the same way with the cold weather with the 70 or 80 degree weather but we're going to get there."

The Red Sox were not the only team affected by the month's unusual weather, but some of their number have had an unusually difficult time adjusting. Shortstop Xander Bogaerts, who lived in 80 degree, clear, sunny weather for the first 16 years of his life, has struggled with the cold since coming over to the United States.

"At the plate, in the cold, I tend to lose my aggressiveness sometimes because it's just something about my body that doesn't feel normal, so that's one of the bad things," Bogaerts said. "[It's hard to] get a good grip on the ball. It's not that easy if you're having a long evening, being out there in a long inning. Try to catch the ball and be mentally strong." 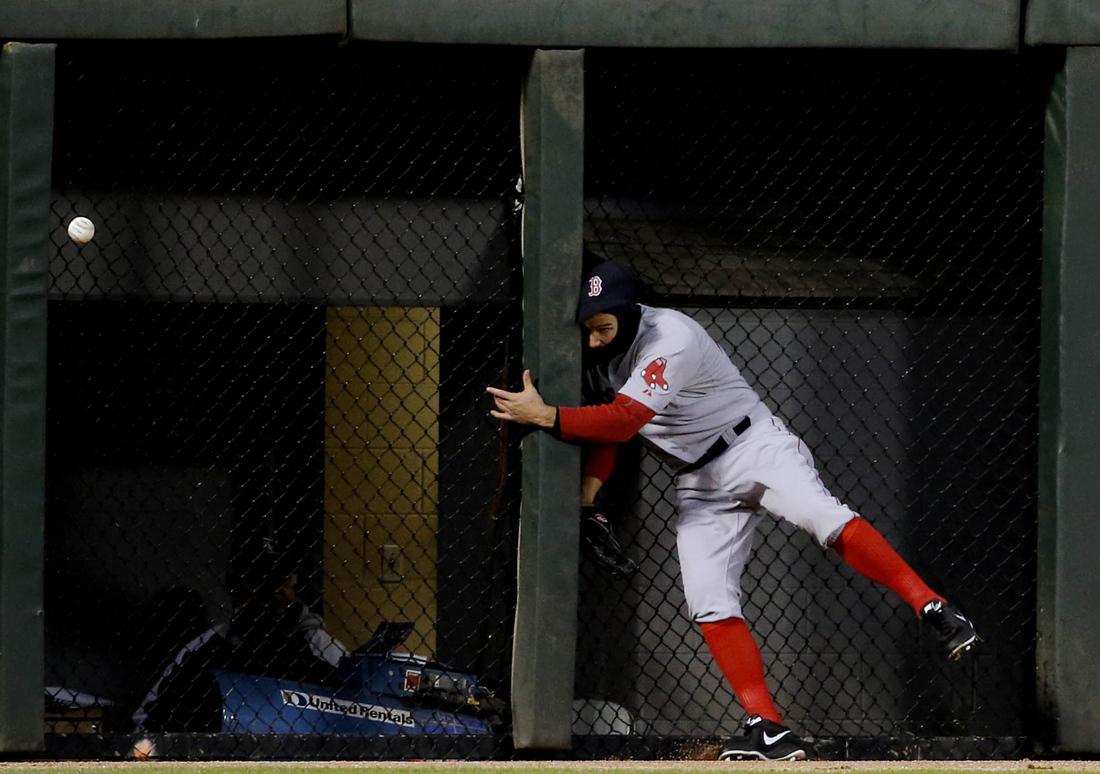 For others, April has been about getting back into the flow of things. After taking two years off recovering from injuries, outfielder Grady Sizemore is trying to find the stroke that made him one of the most dynamic players in baseball during his time with the Cleveland Indians.

"I don't know if there is one aspect that's more difficult than the other," Sizemore said. "Physically, it's kind of challenging to find a routine that's not too demanding, but enough to keep you healthy and get you ready for each game. Baseball-wise, it's just timing. Just getting used to playing every day and getting used to making adjustments and timing and the speed of the game."

In addition to getting back into his routine, Sizemore has been trying to find a way to get his game back to the level he wants it to be at.

"You do whatever you can to try to make adjustments during the game, whatever it may be," Sizemore said. "You get a certain pitch or you're laying off balls in the zone, you try to find a way to get out of your slump and you try to make adjustments, get in the video room and see what you can find. For me, it's just a matter of getting good pitches and being on time."

But while these things may have slowed the Red Sox down, the real problem was a lack of consistency in all aspects of the game.

"The games that we have won this year is a combination of good pitching and good offense and the game that we've lost is a combination of not a consistent pitching with not a consistent offense," Ortiz said. "When you get it, then boom, you have a good offense executing. It's just winning is a little bit of everything and I think that's what's been happening. Most of the games that we have lost, we haven't been able to execute."

While Ortiz is not satisfied with the team's performance so far this season, he is not surprised to see the team struggle early in the season.

There, however, is one thing Ortiz is confident about.

"Once the weather heats up, Papi heats up."