The Red Sox just can't seem to get over that final hump to reach .500. It's a familiar struggle for this franchise.

Share All sharing options for: The Red Sox' familiar, frustrating dance around .500

There are few baseball fans who view .500 as an acceptable record. The 2005 San Diego Padres were the worst team to make the playoffs in a 162-game season, at least by record, and they finished the season at 82-80. Even in the worst of divisions, there can be little hope to play into October when you lose as many games as you win.

In the opening months of the season, however, .500 holds a good deal of psychological significance. It is the baseline. When a team at or over .500 wins, they're building a cushion, taking meaningful steps towards the postseason. When a team under .500 wins, they're still just trying to dig out of the hole they've already dug for themselves. Everything done before reaching that line is done under its shadow.

So watching the Red Sox fall short when once again in range of .500 Monday morning was worse than just any ordinary loss. The cruel reality of these games with .500 in reach is that the loss pushes that goal even further away. Winning the next game is no longer enough. It's simply what has to be done in order to earn another shot.

This fact is something we Red Sox fans are becoming all-too-familiar with in 2014. The last time they were at .500 was four games into the season, before the concept really even becomes significant. Since then, they have had the chance to reach .500 with a win five times. Given that they haven't been back since, it goes without saying that they are 0-5 in those games. 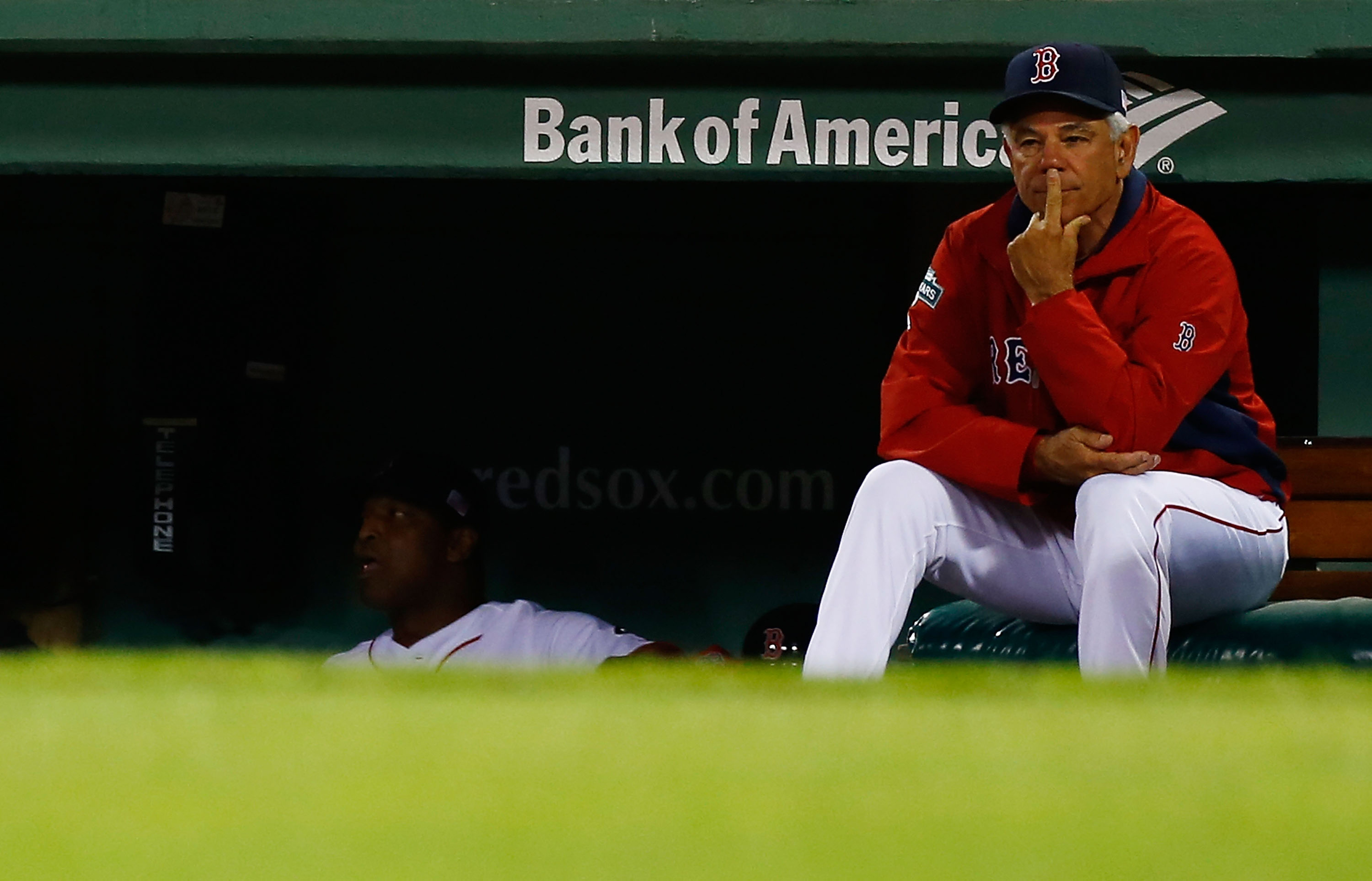 The 2012 Red Sox actually didn't have much of a problem with reaching .500. But they had a problem staying above. That year the club finished the day at .500 a remarkable 16 times before finally crashing and burning following injuries to David Ortiz, Will Middlebrooks, and the Punto Deal. So maybe dancing around below for a while isn't so bad after all.

If this perhaps feels familiar to you, it might be because the 2011 team endured a similar stretch, though true to their nature they were quite a bit more streaky in how they went about it. After starting the season 0-6, the 2011 Red Sox first closed to within a game of .500 at 10-11 (the record the 2014 Red Sox will have if they win tonight). A 1-4 loss would derail them, however, and only after reaching 11-15 did they start building up again.

The next attempt stands out as one of the most miserable regular season losses in recent memory. On the road against the Angels at 14-15, the Red Sox endured a 5-3 loss that, between a rain delay and extra innings took 7 hours and 35 minutes to get in the books. The losing pitcher? Daisuke Matsuzaka, on in relief. If that doesn't inspire some sort of visceral reaction in you, I don't know what does.

The Sox once again fell to four games below, then climbed back up, leading to their third failure: a tenth-inning walkoff loss to the Toronto Blue Jays. Maybe it's just me, but these games seem to have a penchant for tragedy.

For the 2011 Red Sox, the fourth time would be the charm. With a 7-5 victory over the Yankees, the Red Sox both completed a sweep of their arch-rivals, and at the same time hit 20-20. They did not look back, turning that three-game winning streak into a seven-game winning streak. Each of those wins past the third building now that the foundation had been set.

Koji walked a batter, but made some history first

Is Jonny Gomes really clutch? Koji walked a batter, but made some history first

Of course, had those Red Sox started building a week earlier with a win over the Angels, perhaps their cushion in September would have been so great that not even that terrible month could have kept them from the playoffs. Thankfully, after 2013 that may not be so much a "if only" scenario as a "there but for the grace of God go I" one. One can only guess what state the team would be in if 2011 had not caused the massive clear-out of 2012. Whatever the case, it's hard to second-guess a path that left us with another banner.

None of this is to say that the 2014 Red Sox are the 2011 Red Sox. That they still have 20 games to get to .500 before the 2011 team did does not mean they are or will be better if that scenario comes to pass. That they've already wasted two many more opportunities to get there by no means makes them worse.

If it tells us anything, it's that the rest of the season is still completely up in the air. No matter how frustrating they've been so far, there's every chance for this team to reach the heights the 2011 team did and, yes, to fall as far. Every additional game spent below .500 keeps them from building that cushion that could have saved the '11 team, yes. But so long as the team doesn't let the frustration get to them, we're not at the point where doors are being closed.