Jackie Robinson Day: Celebrating the end of the beginning

Jackie Robinson Day isn't the celebration of the end of racism in professional baseball—it marks the end of the beginning of a long struggle.

Share All sharing options for: Jackie Robinson Day: Celebrating the end of the beginning

I was hoping to use today's column to take a look back at Tim Wakefield's memorable start five years ago on this date—but other events have overshadowed it, and made me head in an entirely different direction.

Hank Aaron recently remarked in a USA Today interview that, even forty years later, he still holds on to the threatening letters he received as he was chasing the home run record back in 1974. The treatment he received back then was horrific—as is the treatment he received now. Aaron was shining a light on a very real and painful fact of life for millions of Americans: racism has not been defeated in this country. Apparently, many of his fellow Americans are unwilling to hear such commentary, as the "feedback" he and the Atlanta Braves have received following his comments have been just as histrionic and just as venomous as anything he received in 1974.

So I will take this opportunity to amplify Aaron's comments: today, we commemorate an event that is not the end of racism in professional baseball. It isn't even the beginning of the end of racism. Instead, we commemorate an event that was merely the end of the beginning of the fight against racism. Such a struggle has taken and will take a very long time to complete, and it's a cause worth fighting for. But it's also a very difficult and painful struggle, and for none more so than for people like Jackie Robinson. 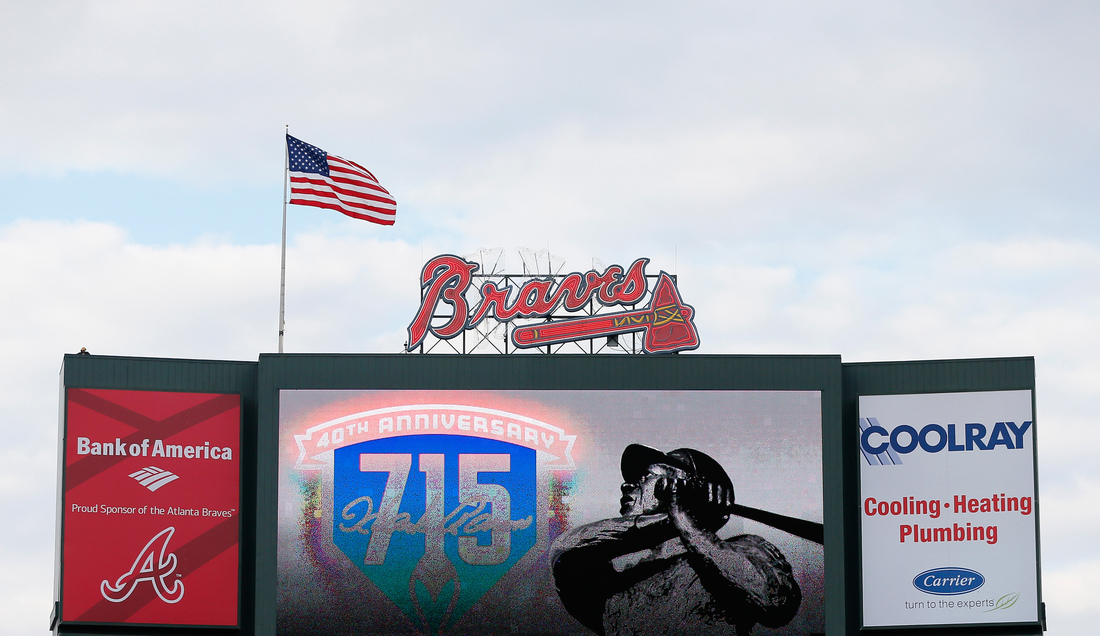 It is still amazing to think about how challenging every single day must have been for Robinson. Not only did he have to act as a lightning rod, he was also had to act as the poster child. Dealing with open and unabashed hatred while still producing at the highest possible level, when many people are rooting for your failure, is nothing short of true heroism. Being the only example for entire generations of young people to look up to is a burden I wish on no one. The physical and psychological toll it must exact is surely incalculable.

As I said, however, Robinson's career in the major leagues wasn't the end of racism—a fact with which we Boston Red Sox fans are all too familiar. Robinson retired in 1956, three years before the Red Sox became, sadly, the last team in major league baseball to begin to integrate. It is not an exaggeration to say that the Red Sox ownership of decades past was racist, and remained so in a way that actively hurt the franchise.

Apparently, telling the truth is an offense worthy of a fine.

Chris Capuano off to a solid start

It's very early in the season, but Chris Capuano has gotten off to a solid start, and is providing some unanticipated versatility.

More importantly, though, the ideals that Jackie Robinson fought for are still things that millions of Americans continue to have to fight for. Much of the racism that they have to struggle against is conscious, but much of it is not. I myself am a minority, and yet I find many people close to me willing to spout openly prejudicial comments against other cultures and ethnicities. (It's always so much easier to tar someone else than to focus on one's own shortcomings, I guess.) And it is that racism—the internally held prejudices, the whispered jokes, the scapegoating, the quiet hatred—that is so much more pernicious and difficult to root out.

Of course, the worst of all is when sports figures—and baseball figures most of all—who really ought to know better expose their racism to the world. The condemnation of the rest of baseball needs to be swift and merciless. There is no place for the likes of John Rocker or Marge Schottenheimer in baseball. Similarly, while we often make fun of "Raycism" on this blog, the actual stories behind that nickname are anything but hilarious. It's disturbing to hear what players are willing to say and do to one another—even their own team members. But most of all, it reminds us that, no matter how much we like to pat ourselves on the backs, and comfort ourselves with platitudes such as how "Jackie Robinson broke the color barrier," the truth is much less comforting.

We should take the opportunity to recognize Robinson's career, and the courage and determination it took for him to do what he did. But it will be even better if we can use this as an opportunity to take stock—not just of ourselves, but of our friends and family and community as well—and to commit to working just a bit harder at ending prejudice and hatred in America and the rest of the world. When we all can judge our fellow men based on their character and their deeds instead of their creed or appearance, then can we finally claim the victory we'll so proudly try to claim each April 15th.