Shane Victorino was arguably the Red Sox's best player last season, but how will he hold up in 2014?

Share All sharing options for: Expecting a dip in Shane Victorino's performance

Who is going to start in center field? All spring training, that has been the question on everyone's minds. The bigger issue revolves around outfield depth and how to sort it all out, but at the crux of it all, it comes down to who should be starting in center field. With that question being at the center of conversation in camp comes the implication that the Red Sox are solid in the corner outfield spots. In a sense, they are, since we know who will be starting in those spots. Some combination of Daniel Nava and Jonny Gomes, with a splash of Mike Carp, will take care of left field, while Shane Victorino will be the man in right. We know who will be slotted into those positions, sure. But do we know what we'll get out of them? Despite how well he began his Red Sox career in 2013, there are certainly reasons to worry about Victorino's production this coming season.

At the head of all reasons to worry about the 33-year-old is, of course, his health concerns. While he was able to play in 122 games last season, and only hit the 15-day disabled list once, he was banged up for most of the year. Just look at his injury history on Baseball Prospectus, which includes 12 day-to-day injuries over the course of the 2013 season (including my personal favorite, a "trunk" injury). Unfortunately, this is just a symptom of the way Victorino plays. He is constantly laying out in right field, and isn't afraid to run into a wall to make a grab. He's going to go for the hard slide at second base. And, of course, he'll be hit by his share of pitches. As he approaches his mid-30's, the injuries will only get more serious and more frequent. They are already rearing their ugly head in 2014, as he's played in just eight spring training games, getting 25 plate appearances, and is in danger of starting the season on the disabled list.

Assuming Victorino can stay on the field, there are still reasons to worry about a drop-off in his production. Offensively, his .294/.351/.451/119 wRC+ batting line was boosted by a .321 batting average on balls in play, a career-high, and his first BABIP at or above .300 since 2009. It would be unfair to expect him to have as much fortune on balls in play this season, even if it still hovers around .300. That BABIP was really a big help to him, as his strikeout and walk numbers were actually worse than they've ever been, with both his walk-rate and strikeout-rates representing career worsts. It's just as reasonable to expect those to approach his career-norms just like his BABIP, but the net result is still worse than his 2013 offensive production. 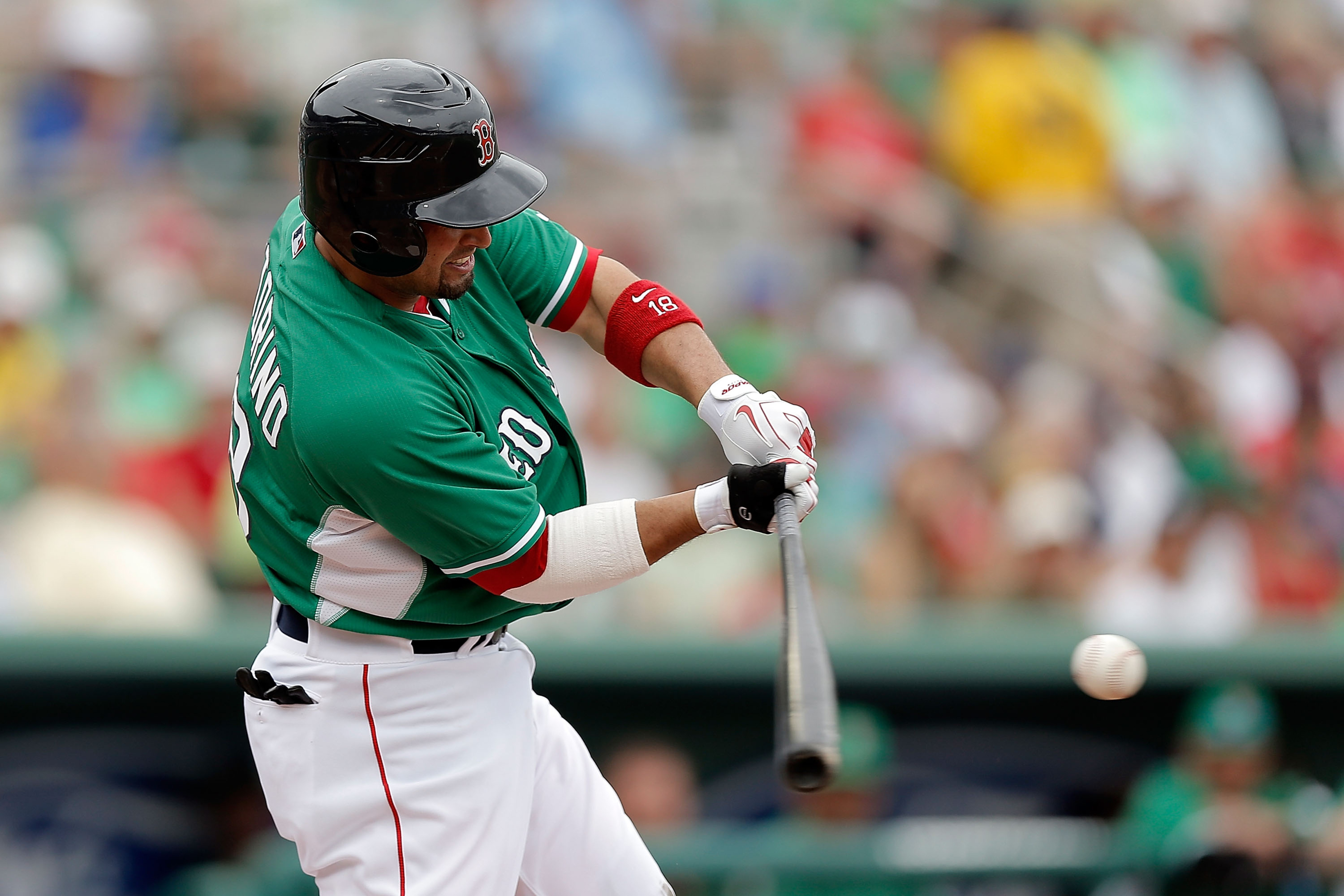 Of course, Victorino's offensive strategy may be completely different this year, as there is a real possibility that he will abandon switch-hitting. Given his splits, this has been met with little to no scorn from fans. Last season, he posted just a 90 wRC+ when he hit left-handed, while that number is at 93 for his career. Supporters of this move would point to his 138 career wRC+ against right-handed pitching as a right-handed batter. However, that comes in just 142 plate appearances, hardly a sample worth building expectations over. A couple years ago James Gentile found that players who chose to make this switch were few and far between, and results were far from a guarantee, at least right away. There is definitely reason to believe that Victorino hitting right-handed on a full-time basis would result in a positive change, but it's not at all a sure thing.

There is also the matter of his defense, an area in which he provided a ridiculous amount of value last season. By pretty much all defensive metrics, Victorino was a superstar with the glove in 2013. These numbers obviously have their flaws in smaller samples, but when they all say similar things, it makes sense to put faith in the numbers. Even if you don't, all you had to do was watch the Red Sox on a semi-regular basis to realize how valuable he was in Fenway's massive right field. However, I worry about him repeating that defensive performance. Intuitively, we get the sense that a player's defensive contributions are consistent year-to-year. If a guy is good with the glove, why would that change in different seasons? With a little more thought, though, it becomes clear that there's no reason someone like Victorino can't have a career-year defensively just like he could offensively. It doesn't mean that he won't be a plus defender in 2014, it just means there's a good chance he'll take a step back from the elite level he was at a year ago.

This isn't to say the Red Sox should be looking for a new right fielder or anything like that. I still fully expect Victorino to be above-average offensively, defensively and on the base paths. It's just that he is unlikely to be a five or six-win player again in 2014. There is an argument to be made that he was Boston's most valuable player last season. All of the evidence points towards him falling off of that pace this year, though he should remain a three-to-four win player.