Sizemore's base salary is low, but there's the potential for him to make real money.

Share All sharing options for: Breaking down Grady Sizemore's contract

Grady Sizemore signed on with the Red Sox this off-season for a modest sum on a major-league contract. He was guaranteed $750,000 regardless of whether he made the team out of spring training or not, which is a couple hundred thousand dollars more than the major-league minimum, but there are incentives in the deal that could bring it up to $6 million total. WEEI's Rob Bradford has unearthed the full details of these incentives, so we can finally see what it is Sizemore has to do to earn the full value of the deal.

Were Sizemore to make the Opening Day roster, he would immediately get a $250,000 jump in his pay, putting his deal at an even $1 million. It doesn't matter, in this scenario, if he's the starting center fielder over top outfield prospect Jackie Bradley Jr., or if he's simply the fourth outfielder, spending his time on the bench: Making the Opening Day roster will earn him a larger paycheck. If he's healthy, then that's a likely scenario, as Sizemore is out of options and can't be sent to the minors.

Sizemore then has the opportunity to make up to another $1 million, based on his time spent on the active roster. It's similar to what Mike Napoli had to do in order to reach his full incentives in 2013 after his degenerative hip condition was discovered, albeit on a much smaller financial scale. If Sizemore can hit 60, 90, 120, and 150 days on the active roster for Boston, he'll earn $250,000 each time.

He also gets a quarter-million dollar bump for plate appearances -- this is the arena where being a starting outfielder, rather than a bench outfielder, matters for Sizemore's wallet. Every 25 plate appearances, starting at 225 of them and up through 500, Sizemore can pull in an additional $250,000, giving him the opportunity to rake in an extra $3 million overall from playing time. So, if he makes the Opening Day roster, spends 150 days on the active roster, and accrues 500 plate appearances, Sizemore will have earned $5 million, rather than his base of $750,000. 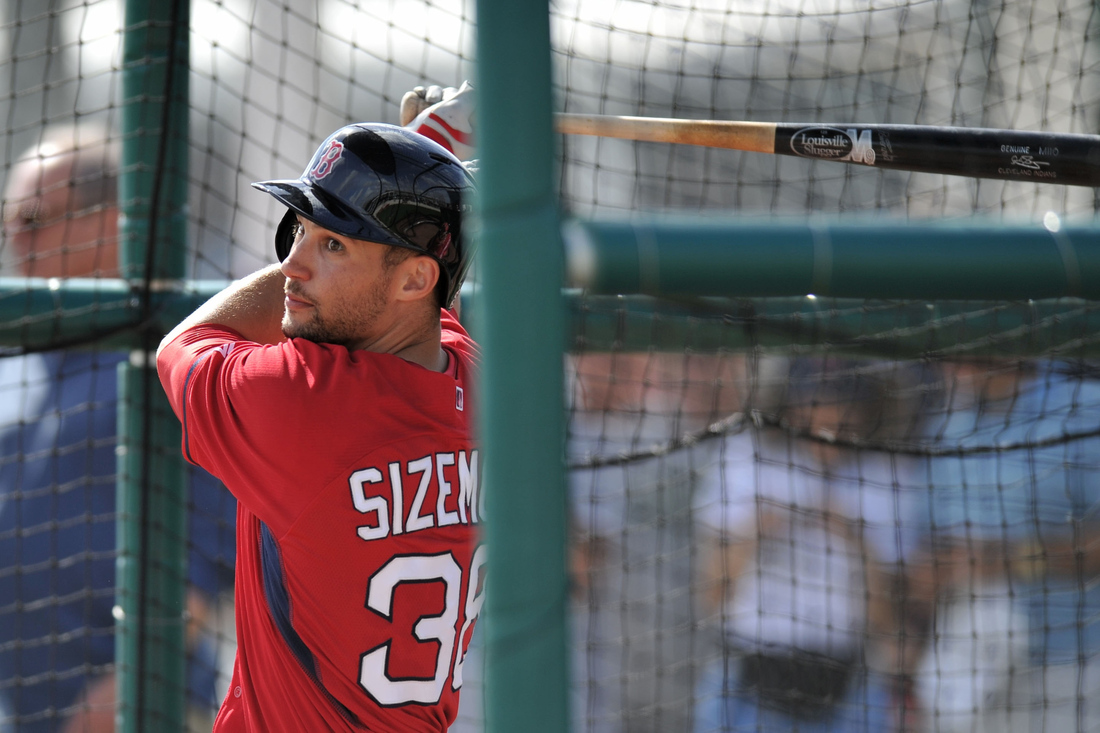 There's another million bucks of incentives laying around, too, but it's all based on awards of one kind of another. He can make $50,000 here and there for an All-Star appearance, a Silver Slugger, or taking home ALCS MVP honors. There's $100,000 at stake for both the World Series and American League MVP awards, with lesser bonuses for runner-up finishes on the latter. The most believable of the bunch, since it entails actually sticking around and playing well rather than the rest of the team's performance, is $50,000 for winning AL Comeback Player of the Year.

Let's just say now, though, that if the Yankees' Derek Jeter remains healthy, it's his award to lose, just like it was for Mariano Rivera in his final campaign. Sorry, John Lackey, as well as maybe possible hey it could happen Grady Sizemore.

If he's going to be around, Sizemore is going to need a role. Just what should he spend his 2014 doing, though?

The full $6 million is difficult to attain, but, if Sizemore is healthy, pulling in $5 million seems like a breeze, so long as he gets the opportunity to start. Were he to make $5 million by year's end, it would tie for the third-most he's ever made in a season, matching the $5 million the Indians gave him as a free agent in 2012 as he attempted to work back from surgery. Sizemore wouldn't log a single plate appearance that year, but if he is to be paid this time around, he's going to have to rack them up.

As for how Sizemore's full contract would relate to Boston's overall payroll, there's no reason to worry: now that Ryan Dempster's $13.25 million has been cleared from the books with his placement on the restricted list, the Sox' luxury tax concerns are basically null. Cot's Contracts lists their payroll at $152 million in guaranteed deals. Throw in the roughly $10 million for players' benefits as well as another roughly $8-10 million for the pre-arb crew's cost, and Boston is still comfortably behind the $189 million mark for this year's Competitive Balance Tax, even if Sizemore makes every cent of his incentive-laden deal.