If he's going to be around, Sizemore is going to need a role. Just what should he spend his 2014 doing, though?

Share All sharing options for: What should Grady Sizemore's Red Sox role be?

It's March 10, and Grady Sizemore's knees are still working. Knock on wood, cross your fingers, and say a prayer to Aceves to keep it that way, but at this point that's the case. If he stays healthy -- and we all know about the colossal size of said if -- he's going to play. How much and in what role are things that are yet to be determined this spring, but the choices seem clear: Sizemore can either back up the entire outfield and provide unexpected depth, or he can be the team's starting center fielder. Finding out which role works best for both Sizemore and the Red Sox is the goal.

Before we dive in to that, let's remember just who Sizemore is. Sizemore joined the Indians in the majors back in 2004, at the age of 21, and more than held his own by batting .246/.333/.406 over 43 games. He would break out in his full-season debut a year later, kicking off a four-year stretch where the center fielder would bat .281/.372/.496 for an OPS+ of 128, the best in the majors among center fielders with at least 2,000 plate appearances in that span: better than Carlos Beltran, better than Curtis Granderson, better than everyone. Sizemore also averaged 160 games and 738 plate appearances per season over this stretch, and was considered an above-average defender in center just to top it all off.

Sizemore was the real deal out there, but then came the injuries. The then-26-year-old played in just 106 contests in 2009 thanks to elbow inflammation that resulted in season-ending surgery in September. He had played through the issue for nearly the entire season, with his initial stint on the disabled list coming at the end of May, and it showed in his numbers, as he dropped to a then-career low OPS+ of 110 while batting just .248. In May of 2010, the knee problems began, with Sizemore's season ending in May thanks to microfracture surgery on his left knee. A year later, he would suffer a contusion on his right knee, and by season's end required non-microsfracture surgery on that one as well. He then dealt with back surgery in 2012, had a second surgery on his right knee -- this one of the microfracture variety -- and spent all of 2013 recovering from these procedures. 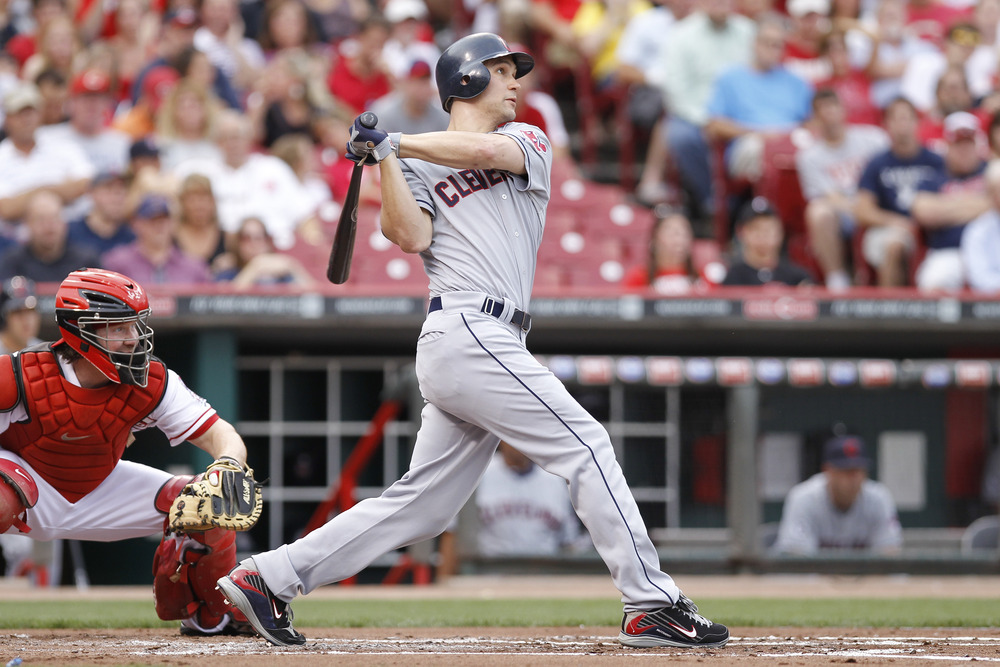 In the limited time Sizemore played during this stretch, he was not very good, though, that's not shocking: returning from one microfracture surgery effectively (in the short term) is difficult enough, but Sizemore's knee problems went beyond just that initial injury. You can essentially throw out that performance for our purposes, since the only thing we're wondering is what Sizemore's job is if he's healthy: he was not healthy from 2009 through 2012 for myriad reasons. If he's not healthy now, and therefore has no shot at being productive, then he's not going to have either of the proposed roles, anyway.

That's not the same as saying Sizemore, if feeling right, is going to be the all-star player he once was. He's now 31 years old, and isn't just removed from his peak years, but hasn't had a meaningful slate of games to play since 2009. His skills have likely deteriorated with a combination of aging and time away from the game, but given what he was when his knees worked, Sizemore likely still has plenty to offer to make him more than a bench piece for the team willing to take that risk. Should Boston be the willing team?

The value of Mike Carp 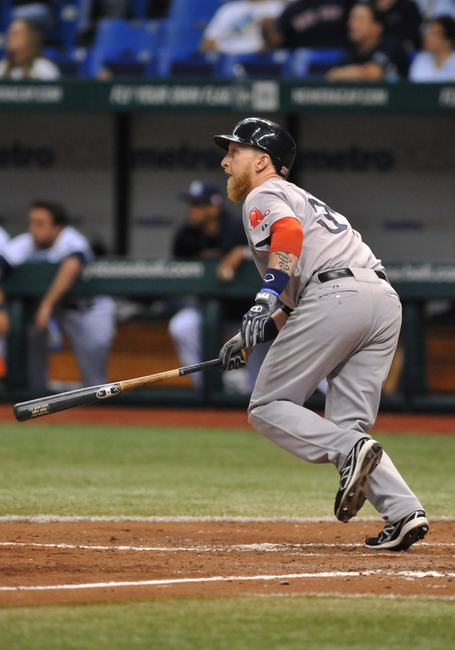 Carp played in 86 games in 2013, batting .296/.362/.523 with 29 extra-base hits while spending time at four positions. His presence gives the Sox depth at multiple positions, as well as a powerful pinch-hit option against righties.

If Sizemore is the backup outfielder, it significantly improves the bench options on defense. As of now, Jonny Gomes, who is around for his bat and winning personality, is the top defensive outfielder on the bench, since the next-in-line is first baseman/designated hitter/left fielder Mike Carp. It would also keep Shane Victorino, should there be an injury to the starter in this scenario, Jackie Bradley Jr., or, at the least, would place Sizemore in right instead of having Daniel Nava slide over, helping keep the Sox from facing a crippling downturn in outfield defense due to injury.

The issue is that there are only 25 roster spots to go around. If Sizemore is the fourth outfielder, then Gomes becomes the fifth since he's part of a platoon in left. With five starters, seven relievers, the starting nine, a backup catcher, and a backup infielder added to Sizemore and Gomes, you have already used up your 25: that leaves Mike Carp out in the cold. Carp is out of options, and would likely be traded, so it's not as if Boston would simply lose him. However, it would cut into their first base depth, leaving Nava as the likely replacement for Mike Napoli should something go awry.

That's not the end of the world by any means, but depth is important to navigating a 162-game season, and having Sizemore on the bench would limit said depth. Having him start is a different story, though.

In that scenario, Bradley begins 2014 back at Triple-A Pawtucket, leaving Gomes in his role as fourth outfielder, and Carp around for his triple-threat back-of-the-bench duties where he's another option in left, the backup first baseman, and the primary pinch-hitter against right-handed pitchers. Bradley could be used in the majors right now most likely, but if you've got Grady Sizemore around and he's both healthy and productive, there's no need for Bradley in the majors just yet. And, given Sizemore is no guarantee to be healthy all season anyway, it's more likely than not that Bradley gets his chance to shine as the starting center fielder at some point in 2014, anyway. The key is that the Red Sox don't compromise their depth in any way by waiting for it to happen organically instead of forcing the situation on Opening Day.

Will Jake Peavy stay healthy in 2014?

The question with Peavy is always the same: will he pitch long enough to matter for the Red Sox?

Looking into the Depths of March

It's the month of silly stories and weird position battles, so let's just embrace it.

Will Jake Peavy stay healthy in 2014? Looking into the Depths of March

Outfield depth is important, too, as there is little Pawtucket has to offer in the outfield this year. Bryce Brentz might be of use, but after a 2013 where he batted .262/.312/.475 for Pawtucket, he might be a platoon bat akin to Gomes, except without the patience. Alex Hassan is another intriguing piece, and like Brentz is on the 40-man, but as of 2013 he was still figuring out Triple-A pitching, and is more dream project than dream prospect. These are possibilities, not answers.

Of course, we're also talking about who will be around in a dire situation in which Boston's big-league depth in the outfield has been wiped out: you could do a lot worse than Hassan and Brentz behind the Break In Case of Emergency glass. It's something to consider, though, when weighing the best placement of Sizemore on the 2014 Red Sox.

Similarly, if Sizemore manages to both be healthy through the year and recapture just enough of the old him at the plate, the Red Sox might be able to slap a qualifying offer on him, and either gain a draft pick from his departure or make negotiations to retain him that much easier. That's some serious dreaming, and probably not even worth considering at this stage -- there's a whole lot of 2014 ahead of both Sizemore and the Sox -- but it's there for those who want to think long on it.

Between the improved depth with Sizemore starting, the chance for him to have a Sizemorian campaign (or something resembling one) if he's healthy, and the ever-so-slight potential for an extra draft pick or negotiations slanted in Boston's favor next winter, giving Grady Sizemore the center field job until he loses it through performance or injury seems to make the most sense for the Red Sox. They quite literally have nothing to lose by going that route, but as you can see, there's a whole lot that could work in their favor down that road.