Good thing, too, as the previous ones were boring.

There is a serious problem in baseball at the moment, and it's boring uniforms. Too many grays mixed with blues make for boring jerseys, and teams with any reason -- not even a good one, just anything -- to minimize how often blue and gray come in to contact with each other should do so. Seriously, why are the Padres in blues and grays when they could use brown and mustard, things that would make them stand out?

The Red Sox were guilty of that with their road uniforms the last few years, but no longer: blue is out, and red is mercifully back in:

This new RedSox road jersey design, for sale at Dick's, is indeed what they'll wear in 2014 (h/t @PaulWoods33) pic.twitter.com/3E4XyGFK1V

They aren't exactly the same as the 1990 through 2008 road uniform, as those lacked the red Sox patch on the arm, and the lettering here looks both larger and with more obvious blue piping around the red "BOSTON." There also is no red piping near the end of the sleeve, with a much thinner -- and what looks like is possibly blue or maybe even the same color as the rest of the jersey -- serving in that area instead. You can compare and contrast the above with this photo of Manny Ramirez and Mark Loretta wearing the previous red-on-gray iteration of the road jerseys: 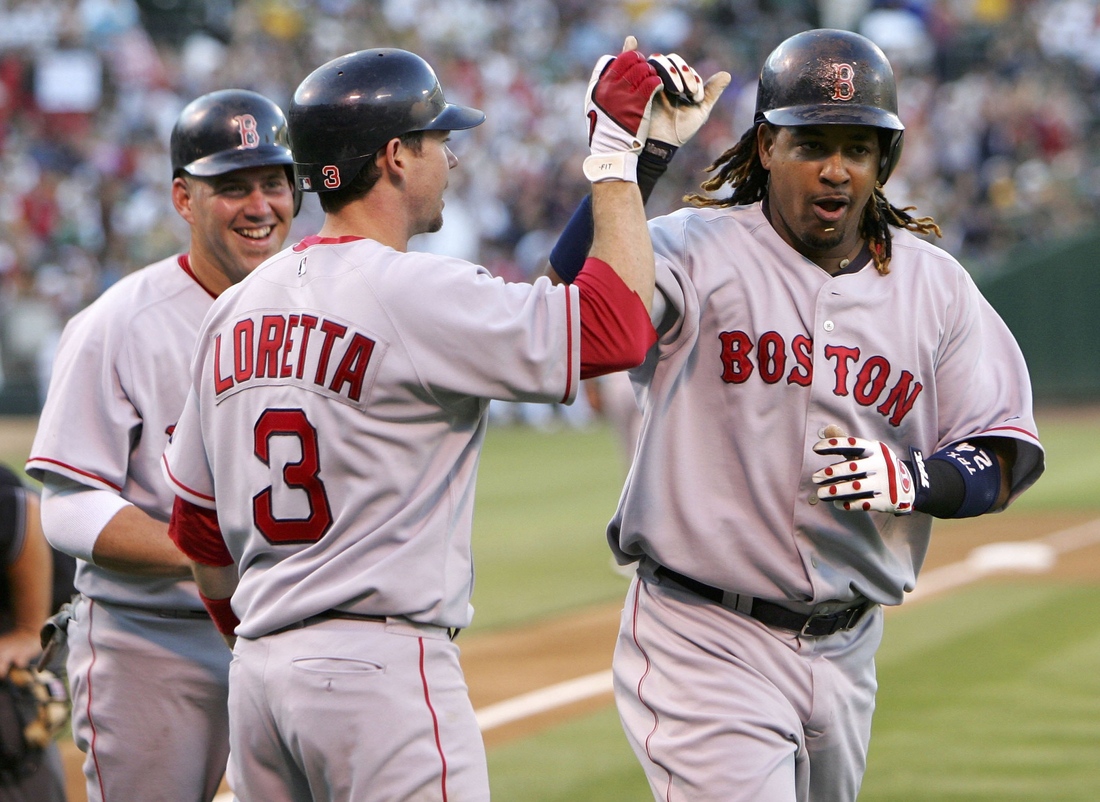 They are subtle changes, but they're welcome ones. Anything to get away from mixing blue and gray together in a uniform. We should thank Aceves that the Red Sox managed to win a World Series while wrapped in those drab garments -- no sense in pushing that luck any further.