With all the talk of the Red Sox's depth behind the plate, Dan Butler seems to get lost in the shuffle. But that doesn't mean he won't be heard from in 2014.

Share All sharing options for: Dan Butler: The forgotten catcher

Around the league, catching is one of the hardest position to find elite talent, as the defensive grind of the position makes a player's offensive contributions much less important. In fact, only second basemen and shortstops were worse hitters than catchers last season by wRC+. Considering this fact makes the Red Sox's amazing depth behind the plate that much more impressive, and it's easy to understand why it's been a big topic of conversation this winter. They have the veteran base at the major-league level in A.J. Pierzynski and David Ross. Then they have their next wave in Christian Vazquez and Blake Swihart, both guys who have the talent to be considered possible "catchers of the future." There is even the former prospect who has failed to make the final jump and is likely on his last chance with the organization, Ryan Lavarnway. In all of this fun, though, there is one man who is forgotten, and he may just make an impact in 2014. Of course, I refer to Dan Butler.

Butler has never really been a highly touted prospect, and he came into the organization undrafted in 2009. Since that point, though, he's done nothing but quietly produce and make his way up the organizational ladder, eventually being placed on the 40-man roster to avoid him being picked up in the Rule 5 draft. Since 2010, his first full season as a professional, he has only had one stint with a wRC+ below 100 in the minors, and that was his first taste of AA pitching, arguably the hardest jump for a minor-league player to make. Last season, he spent the entire year in Pawtucket, and showed off many of the qualities that make him an intriguing player. In 323 plate appearances, he hit .262/.350/.479 (132 wRC+), exhibiting impressive patience at the plate with a 10.5 percent walk-rate, as well as plus-power with a .217 isolated power. On top of that offensive skill, Butler is also an above-average defensive backstop. According to SoxProspects.com, he moves well behind the plate and has a strong arm, and his work on that side of the ball is his strong suit.

Although he does not carry the same level of potential as Christian Vazquez (who will likely join Butler in Pawtucket to start the year), Butler is the third catcher on the depth chart for now. This has more to do with Vazquez than it does Butler, but it makes the latter's potential impact on this season much larger. Vazquez, the defensive whiz who was ranked as highly as the ninth-best prospect in Boston's deep farm system by Baseball Prospectus, spent the entire 2013 season in Portland, and likely needs at least a few months in Pawtucket before seeing any major-league action. While his defense is already special, his offense could use some more polishing. Having a guy like Butler is important in this regard, as the organization will not be forced to rush Vazquez to Boston in case of an injury to either Ross or Pierzynski. 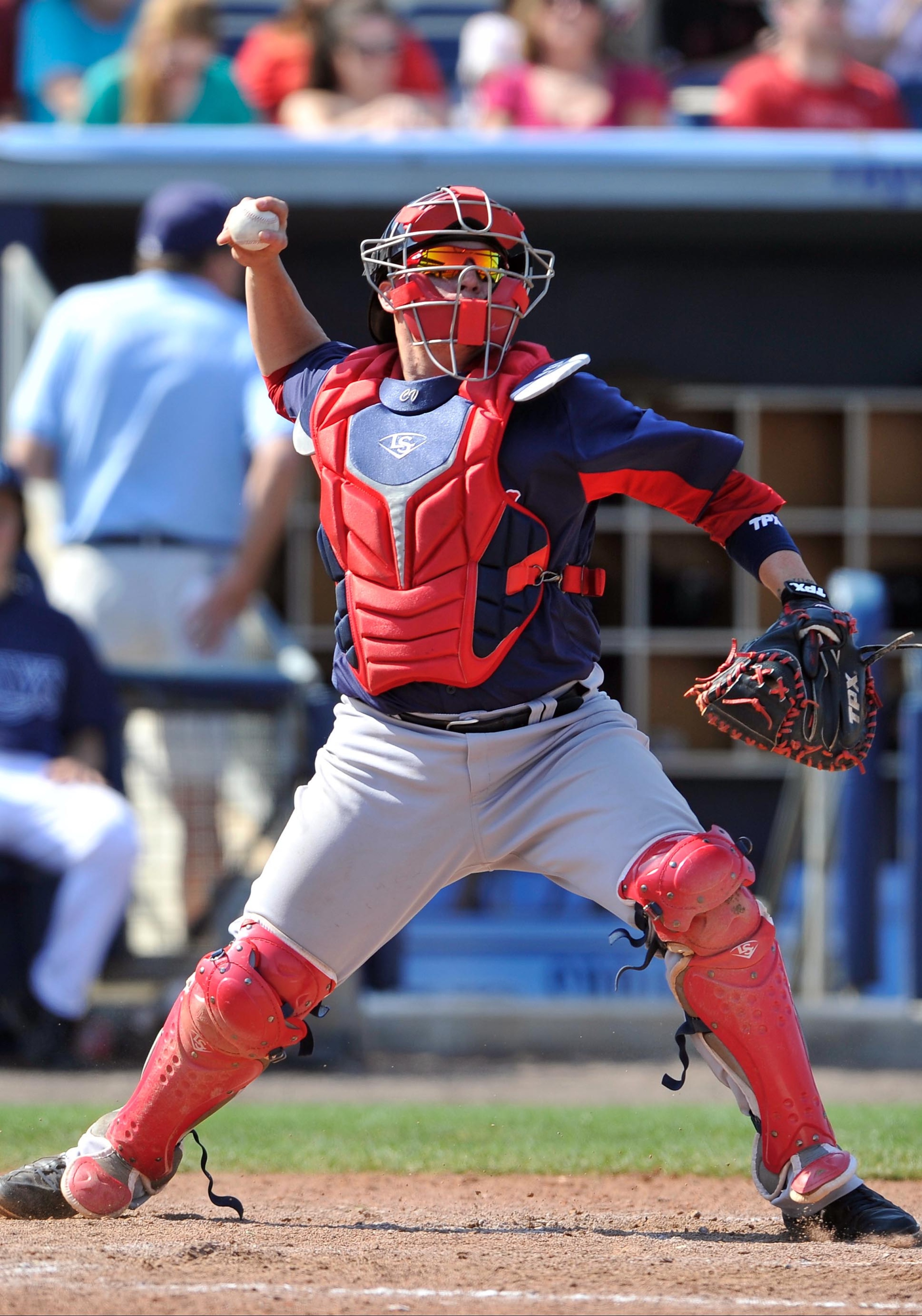 An injury to one of those two isn't exactly a longshot, either. Generally speaking, catchers are the position players most susceptible to injury. An injury becomes even more likely when you consider that Pierzynski and Ross are both entering their age-37 season, and the latter is coming off a season in which he suffered a major concussion that made him wonder if he'd have to retire. Pierzynski has been a remarkable model of durability throughout his career, but with his age and position, that could end very quickly. Because of this, it is not unlikely that Butler will see some playing time at some point in 2014, and he could set the tone for what he can provide for the rest of his career.

With all of the depth the Red Sox currently have at the catcher position, it is easy to forget about Dan Butler. He's been a steady but unremarkable player throughout his professional career, and has quietly made his way up the system. However, he's in a position where he could have a real impact on the 2014 season. Christian Vazquez isn't ready to produce right away, so if an injury causes one of the aging veterans to miss any time in the first half of the season, Butler is presumably next in line. He won't blow anyone away, but he has major-league caliber defensive skills, and has done nothing but solidly produce at the plate at every level of the minors. This may be the year Butler solidifies his role as the team's backup catcher for the next few seasons.