The Red Sox have built up a tremendous amount of depth, and some of it could be moved to provide more help to the organization.

Share All sharing options for: Expendable Red Sox on the roster's fringe

With the long, daily grind that is the MLB schedule, depth is hugely important to a team's success. One needs to look no further than last year's championship Red Sox roster to realize how true that is, as that team had one guy after another stepping up when his chance presented itself. No matter how well a starting lineup and starting rotation is assembled, the depth is still going to be important, because injuries are inevitable.

More: Welcome back to baseball season

Replacing injured players isn't the only use of depth, though. At a certain point, redundant players can be more valuable to be flipped for prospects or younger, cheaper depth in larger quantities. The Red Sox have a few players who fit this criteria.

Carp has already exceeded any expectations a reasonable fan could have had for him when he came to Boston from Seattle in exchange for cash right around this time last year. His stock had fallen so far at that point that he was designated for assignment by a team that has had it's fair share of offensive struggles, to put it nicely. Carp embraced hs more hitter-friendly parks, though, and excelled almost immediately. As a part-time player, the first baseman/left fielder amassed 243 plate appearances and hit .296/.362/.523, good for a 139 wRC+. Still just 27-years-old, he has plenty of productive seasons left in him. Unfortunately for him, there doesn't seem to be an obvious path to playing time for him. His main defensive position should be first base, but Mike Napoli has that spot locked down for the next couple of years. He can play some left field, but the platoon of Jonny Gomes and Daniel Nava combined for one of the most productive units in the league at that position last season. Napoli's hip is still a concern, and Carp could find playing time if that issue pops up again, which is why they shouldn't give him away. But there are plenty of teams that could use a left-handed power hitter in his prime, and the Red Sox should at least listen to the offers. If they can find a way to sell high and turn Carp into some lower-level prospects and/or greater quantities of depth around the diamond, they should seriously consider it.

To me, Lavarnway is the most obvious guy to be moved before Opening Day, although he makes more sense as part of a larger package. A few years ago, many believed the young catcher would be holding down the position for the foreseeable future. Obviously, that hasn't worked out so well, as his defense has never really improved to any desirable extent, and his bat has regressed, especially in the power department. At this point, he's had his chances to show that he's ready, and he hasn't taken advantage of it at all. It's pretty clear that the team has very little confidence in him, considering how little he played (and, in turn, how often Jarrod Saltalamacchia played) during David Ross' extended absence last summer. Now, with the advancement of their other young catchers, there is no place for him. The current roster is full with Ross and A.J. Pierzynski, and the catcher-of-the-future role is being filled by Christian Vazquez and Daniel Butler in AAA, with Blake Swihart right on their heels. Over the weekend, it came to light that the Red Sox would be giving Lavarnway some time at first base, though it's doubtful his bat would hold up enough for him to move there full-time. He wouldn't fetch much of anything in return on his own, but the 26-year-old may still have enough promise left to be a perfect throw-in to sweeten another deal, because there seems to be no place for him in this organization. 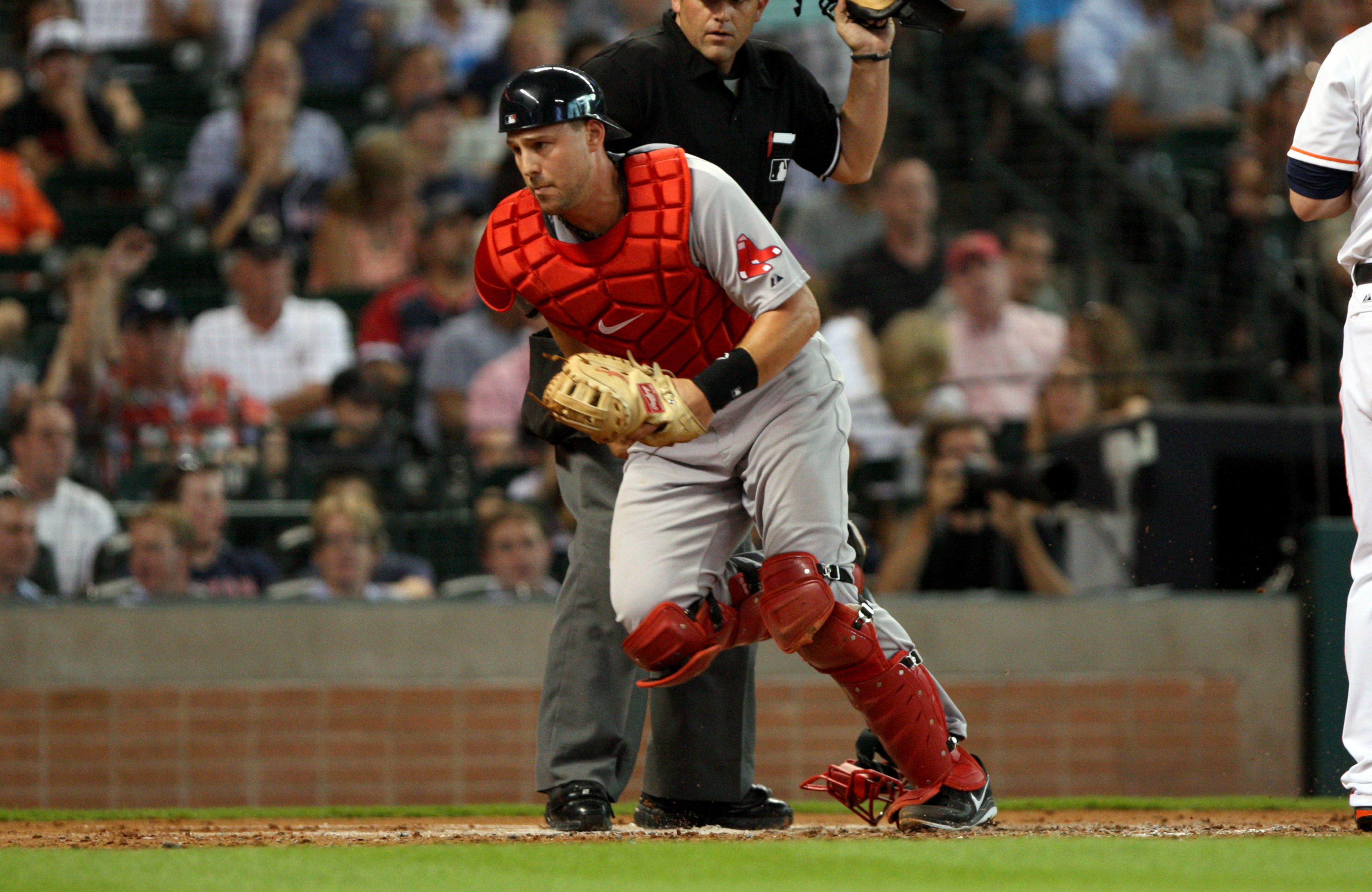 These two pitchers go hand-in-hand, since they cover the same position and would be dealt for the same reasons. It's been discussed ad nauseum all offseason, but the Red Sox truly have an embarrassment of riches in their rotation. Because of this, it's been theorized that they will try to get rid of one of these expensive veterans, both of whom will be free agents after this season.* The Red Sox have a little bit of wiggle room to stay under the $189 million luxury tax threshold, but in order to sign someone like Stephen Drew, they would probably like to shed some payroll. Getting rid of the contracts of Peavy or Dempster would be the way to do that. Both of these pitchers are perfectly serviceable, and the Red Sox don't have to trade them by any means. As I said, injuries are going to happen, and it's safer to bet on veterans like these two than Allen Webster or Brandon Workman. However, pitching is at a premium, and there may be a team that would be willing to send some marginal value back along with taking on the entire contract, and Boston would have to consider that. Such a move would allow another free agent signing, as well as leave them some room in the payrool to make a midseason acquisition a la Peavy last summer.

*Technically, Peavy has a vesting option for 2015 if he throws 255 innings this season, but I'll eat my shoe if that happens.

Specifically, I'm talking about Allen Webster, Anthony Ranaudo, Matt Barnes, Rubby De La Rosa, Brandon Workman, and Drake Britton. As a fan base, we have fallen in love with our farm system, and for good reason. This is a deep unit with real talent, and you need to look no further than the prospect lists all across the internet to back up that claim. With that being said, some of these guys won't work out. That's just the way it goes. If at some point during the season an injury happens and a glaring hole on the roster appears, a trade may need to be made to fill that hole. Maybe Will Middlebrooks is given a chance to keep the job at third base, and he fails. Maybe Chase Headley becomes available in a trade, and that type of move is the difference between the division and battling for a wild card spot. At that point, it becomes worth it to include one of these young pitchers, despite the promise they show. Ideally, all six of those young arms will be helping the big-league club at various points over the next couple of years, but things don't always work out perfectly.

Depth can help in two different ways. Sometimes players step up and help the team without having to be moved. Other times, though, trading them becomes the more valuable move for the organization to make. In Boston's case, they have many players who could fit in either category. One thing to watch for in spring training is which players will be used in which ways, and what new faces they could possibly bring back.