Seriously, look at him.

Share All sharing options for: David Ortiz might actually be in the best shape of his life

David Ortiz's nickname, Big Papi, has long been fitting. Part of it is the presence Ortiz brings to a room, but the nickname also had a whole lot to do with his size: Ortiz was a very large, and very strong man. The size portion of things just keeps shrinking as he works hard in his late-30s to stay in phenomenal baseball shape, though, and we've now come to the point where Ortiz is barely recognizable from his early days on the Sox.

Papi posted this selfie on Twitter on Monday, addressing it to the portions of the media that don't believe investing in him beyond 2014 is a good idea.

Finishing my workout to have another monster season for all those media hater that still doubting!!! pic.twitter.com/Aoorrc1egG

He's still 6-foot-4, but if he's still at his listed 250 pounds, then he's added some serious muscle.

Spring training is often the time to tease all the "best shape of my life" narratives, but, like with John Lackey showing up to camp looking like an entirely different person a year ago, sometimes, the player isn't lying: you can see below, from this photo taken at the World Series, that Ortiz is looking svelter now: 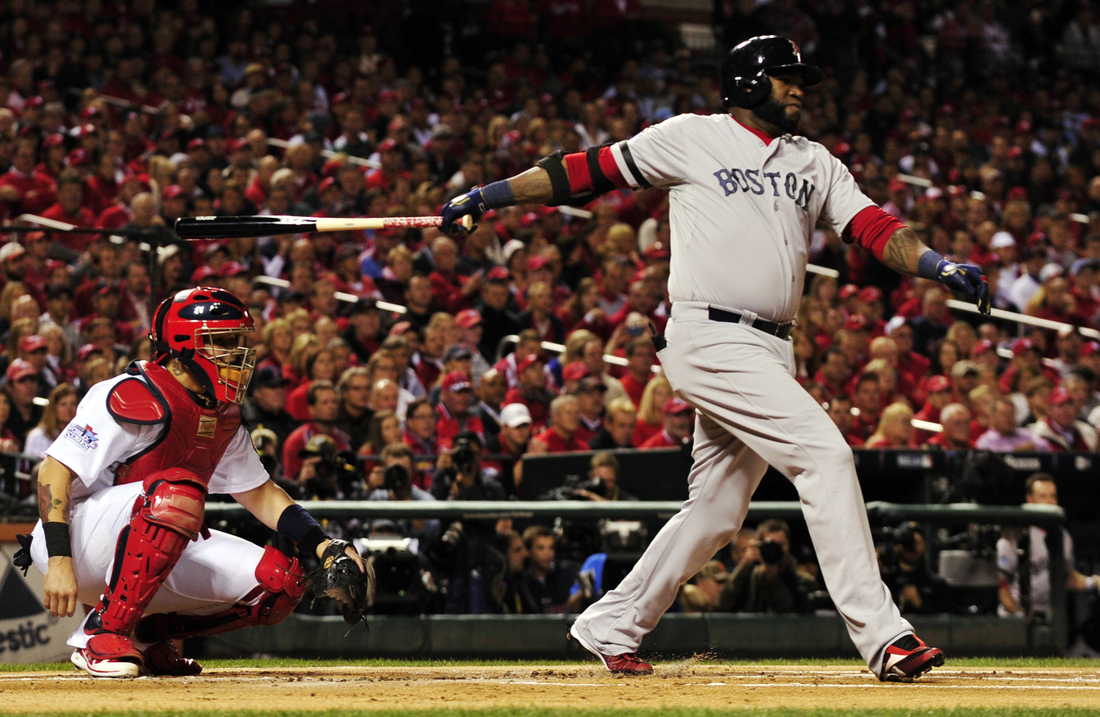 That, or he's mastered the art of selfie angles.

The best part of all of this is that Ortiz remains serious about being as prepared as he's physically able to keep on producing like the Papi we know. He'll likely have a contract before long once he gets to show off his hard off-season work and dedication to staying in better shape than your average 38-year-old.