Is Jackie Bradley Jr. ready for the majors?

He'll need to be, if he wants to win the spring training battle for center field.

Share All sharing options for: Is Jackie Bradley Jr. ready for the majors?

Jackie Bradley Jr. has not been handed the center field job in Boston. While Jacoby Ellsbury left the position open with his departure to the Yankees this past off-season, and Bradley is very likely the future in center, the Red Sox are not simply promoting him to the open space. Instead, Grady Sizemore was signed to give Bradley competition, and create outfield depth where none previously existed. It's fair to wonder, though, if the Sox have done this in part because they are unsure if Bradley is ready for the majors.

More: Welcome back, baseball (but not really)

As a 23-year-old rookie, Bradley batted just .189/.280/.337 in 107 plate appearances for the Sox in 2013, and he does not possess the kind of offensive ceiling that similarly struggling Dustin Pedroia -- the Boston poster boy for "just be patient with the kids" -- did back when he hiccuped all over his own debut. Should Bradley continue to scuffle, the Red Sox would not only have lost Ellsbury's production -- and seen it thrown right back at them on an opposing American League East squad -- but would also be dealing with a hole in their lineup.

Sizemore has his own significant questions, of course. Even if he's healthy, what exactly is he capable of? In the last three years Sizemore played, he batted a combined .234/.314/.413, giving him a below-average OPS+ in that stretch. Those three years also took place between 2009 and 2011, when Sizemore was still in his mid-to-late 20s. Now, he's headed into his age-31 season, without a single professional game played to his credit since 2011, and years removed from the kind of play that made him one of baseball's most exciting young outfielders. 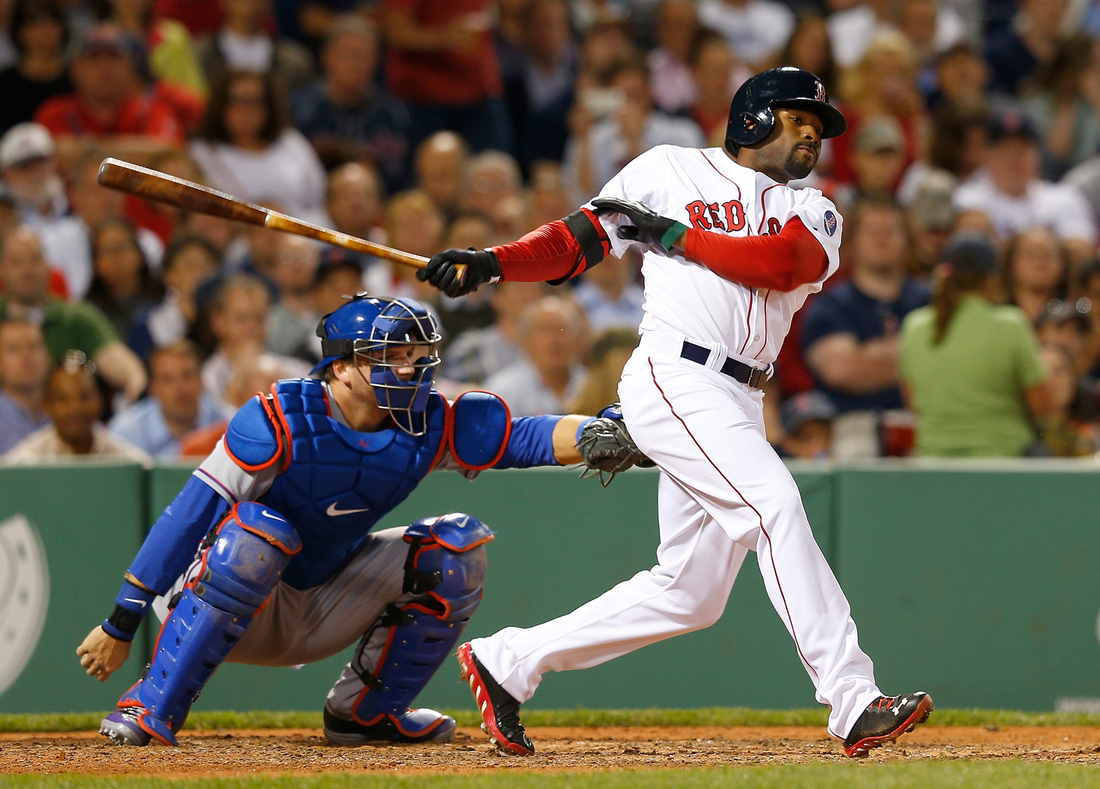 The Sox have essentially collected two questions in the hopes one of them provides a helpful answer. If they didn't believe Bradley could fill the void in center, it's unlikely Grady Sizemore would have been their only addition to the center field competition this winter. If they felt Bradley had a stranglehold on things, though, it's unlikely they would have added in someone in Sizemore's position, who, if he is healthy and looking like he can still swing the bat, has to be on the Opening Day roster as he's out of options, on a major-league deal, and a potential asset.

You may think that there's a secret society that believes otherwise, but you'd be WRONG WRONG WRONG.

The good news for Bradley -- and evidence of their confidence in him -- is that the Sox picked up a long shot as insurance. Just because Sizemore could be an asset doesn't mean it's the most-likely outcome. The fact Bradley batted .275/.374/.469 at Triple-A Pawtucket after his demotion -- rather than experiencing a dip in production associated with the demotion itself, as often happens to prospects who have tasted the majors -- is also a significant positive. His development did not go off track with his temporary stay in the bigs, and while he was by no means perfect in his second stint (and beyond) in the majors, his 727 OPS over his last 25 games was a massive leap forward after an April that saw him bat .097/263/.129. If he can produce something around that in 2014, in conjunction with his plus defense in center, both the Red Sox and Bradley will be fine.

There remains work to be done for him to reach his ceiling, but it's the kind of work that requires the experience only found in the majors: Bradley isn't going to learn to hit a major-league low-and-inside fastball at Triple-A, and until he sees it won't work against big-league pitchers, he's unlikely to stop trying to pull the ball with authority more often than he should: Bradley is at his best offensively when he tries to put the ball in play instead of attempting to crush it, especially in his current state of unfamiliarity with big-league arms and abilities.

So, no, he's not quite major-league ready, in the sense he's not a finished product, but he's likely done learning all he can from the minors. Bradley's education will have to continue in Boston, and unless Grady Sizemore surprises everyone in the baseball world, classes will begin in April.