Alex Rodriguez really, really wanted to be a Red Sox

Share All sharing options for: Alex Rodriguez really, really wanted to be a Red Sox

Somewhere, deep in the file cabinets of Fenway Park lies a contract signed by Alex Rodriguez. The contract signed by Rodriguez, agreed upon during a 72-hour exclusive negotiating window, stated that the All-Star shortstop would take a massive salary cut in order to become a member of the Boston Red Sox. Essentially, Rodriguez would stroll into Cooperstown as a member of the Boston Red Sox.

And then things fell apart.

The MLB Players Association rejected the proposed deal negotiated by General Manager Theo Epstein and Rodriguez and the rest is history.

In the new ESPN 30 for 30 short called "The Deal" directed by Nick and Colin Barnicle of Prospect Productions, all involved parties of the proposed trade go into detail about the deal that never happened. Jed Hoyer remembers going into the hotel room the evening him and Epstein arrived in New York and being blown away by the mere presence of Rodriguez.

"It was hard to relate [to Rodriguez]," Epstein said. "I'm the same age as this guy and he's like another species. This guy's got it all together."

Epstein told Rodriguez from the beginning that he would need a passive pay-cut in order to become a member of the Red Sox.

"It was hard to relate [to Rodriguez]. I'm the same age as this guy and he's like another species. This guy's got it all together." -Theo Epstein

"When we brought up dollars and then we got down to it, we said, 'Alex, we're going to need you to walk away from X.' And then he said, yes, I can do this. We can make this happen." Epstein said.

The willingness of Rodriguez to cut a major portion of his salary is new information. After the second negotiation session, Rodriguez and the Red Sox agreed to a deal. The deal only needed to be approved by Donald Fehr and the MLBPA. That, of course, did not happen.

"Alex really, really, really wanted to become a Red Sox," said director Colin Barnicle. "Now, ten years later, you only see him as a Yankee, but back then, he said, "I really want to become a Boston Red Sox and lead them to the championship and have that rivalry with Derek Jeter who I never really challenged out in Seattle." 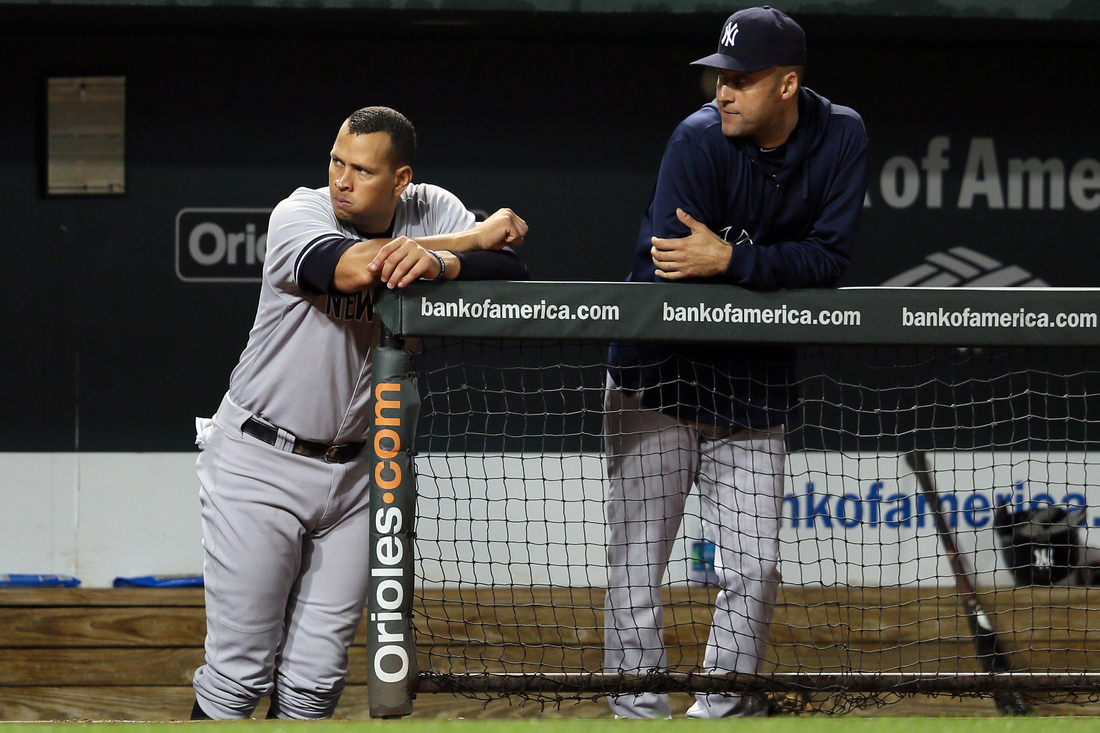 The deal undermined the negotiation powers of the union and would potentially set a bad precedent for players taking a pay-cut and backtracking on their original salaries. Because Rodriguez was the face of Major League Baseball at the time, the potential salary cut would have massive ramifications throughout baseball.

"So at the Baseball Writer's Dinner January 25, Brian Cashman has known for six days that he needs a third baseman. Next to Brian Cashman, Alex Rodriguez," Olney said.

"So I spend the entire night with Alex having dinner talking about why Boston didn't happen, the Red Sox and Rangers' negotiations, the union's involvement and it turned out into being a little bit of a roadmap and that's when I started to get the idea from that evening that we might have something here that we could do," Cashman said.

Epstein knew immediately that if Rodriguez wanted to play third base, the Yankees would acquire Rodriguez.

"We looked at each other in the office and said, 'If A-Rod is willing to play third, he's a Yankee,'" Epstein said.

The Rangers chose from a pool of players in addition to Alfonso Soriano. While Rangers General Manager John Hart chose shortstop Joaquin Arias, Robinson Cano was also a player the Yankees were willing to give up for Rodriguez.

"We looked at each other in the office and said, 'If A-Rod is willing to play third, he's a Yankee." -Theo Epstein

The decision by the Barnicle brothers not talk to Rodriguez regarding the trade was deliberate.

"We notified his lawyers about the piece and our thought process was almost like, me personally and my brother just creatively didn't want to have him in it," Barnicle said. "As soon as he's in it, it becomes whenever he is up on screen now, you just think, "Ugh, this guy is a social pariah. This guy is just lying to me." You instantly think he is saying something false so I didn't want him up on screen because I didn't want the subject matter to be totally skewed towards Alex Rodriguez. I wanted the subject matter to be skewed towards the what if the Boston Red Sox got him. It's about the two teams versus the actual player."