Why Cole Hamels is the best fit for the Red Sox

Phillies ace Cole Hamels is reportedly being heavily shopped and the Red Sox are interested. An acquisition of Hamels would make sense on a number of levels for Boston.

Share All sharing options for: Why Cole Hamels is the best fit for the Red Sox

It's no question that the Red Sox will need to do something to bolster their rotation this upcoming offseason. The most enticing options include Max Scherzer, James Shields and, of course, Jon Lester. All three, with an emphasis on Scherzer and Lester, will garner massive contracts on the open market. Scherzer and Lester will, from all estimations, garner at least five-year deals with the likely-high probability of a sixth year in play.

Given the way both Scherzer and Lester performed this season, the chances that the duo will sign a contract this offseason with an average annual value of at least $24 million is more than likely. The fact that Lester is not tied to draft pick compensation will only help drive up the average annual value on his contract.

The Red Sox front office, in recent years, has been reluctant to hand out contracts longer than four years, likely making the chances of the team signing Lester minute. Shields, although a consistent high-end starter, is 32-years-old, an age at which the best days of a hurler are generally in the rearview mirror. Signing Shields to a long-term deal at a high AAV (albeit, lower than that of Scherzer and Lester) does not represent a financially prudent move.

That brings us to Cole Hamels, who, by all estimations, represents the greatest potential coup for the Red Sox while balancing performance and finances.

The Phillies head into the offseason looking to trade Hamels, according to a report from Howard Eskin of FOX 29 in Philadelphia. Hamels represents one of Philadelphia's most tradable assets given his consistent performance and manageable contract and, according to Eskin, the Red Sox are very much interested in the southpaw's services. 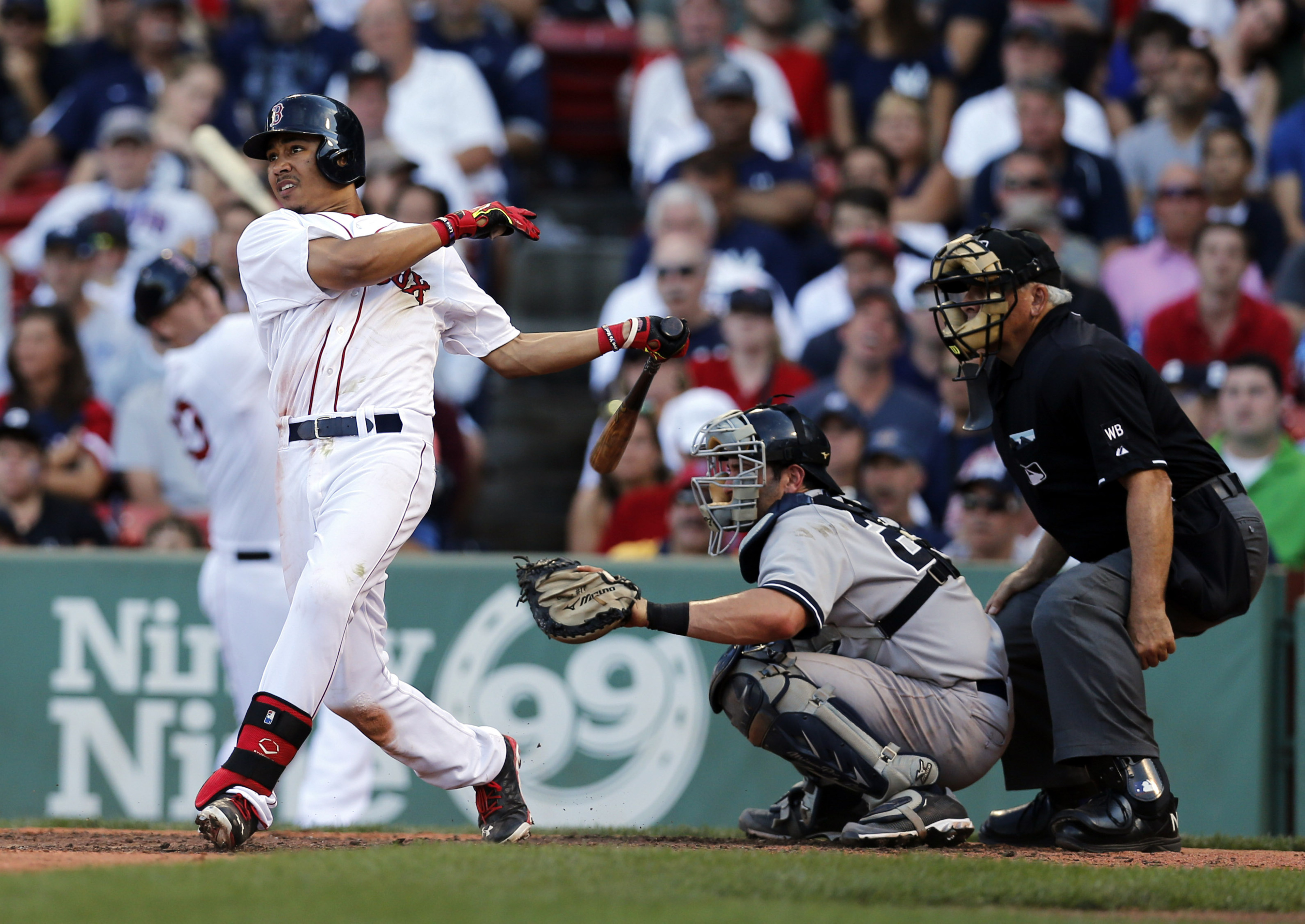 Mookie Betts is likely off the table in any trade (Giancarlo Stanton being an exception). (Photo credit: Greg M. Cooper-USA TODAY Sports)

Hamels will demand a considerable coup of players, given his track record. With that said, the Red Sox will likely keep shortstop Xander Bogaerts and everyman Mookie Betts off the table for trade talks (unless Giancarlo Stanton suddenly appears on the trade market). While Betts represents a player at his peak value as a prospect, the Red Sox seemingly won't trade him, as Alex Speier wrote in his look at the offseason budget.

One American League East scout praised the talents of Betts, saying that he would not be surprised if Betts turned out to be the best player on the Red Sox next season given his ability to hit leadoff, spray line drives to all parts of the field and his keen ability to recognize pitches.

The Red Sox certainly have a deep enough farm system to get a deal done for Hamels. The team has one of the best catching prospect in baseball in Blake Swihart and two of the better lefties in Henry Owens and Brian Johnson among other pieces. The trade value for prospects is currently inflated and getting major league talent back in deals has become harder and harder. The midseason trades of Yoenis Cepedes for Lester and Drew Smyly for David Price only furthers that point. As they currently, the Red Sox are deep enough in the minors that a trade of a couple of their upper-tier prospects will not stunt the development of the team in years to come, 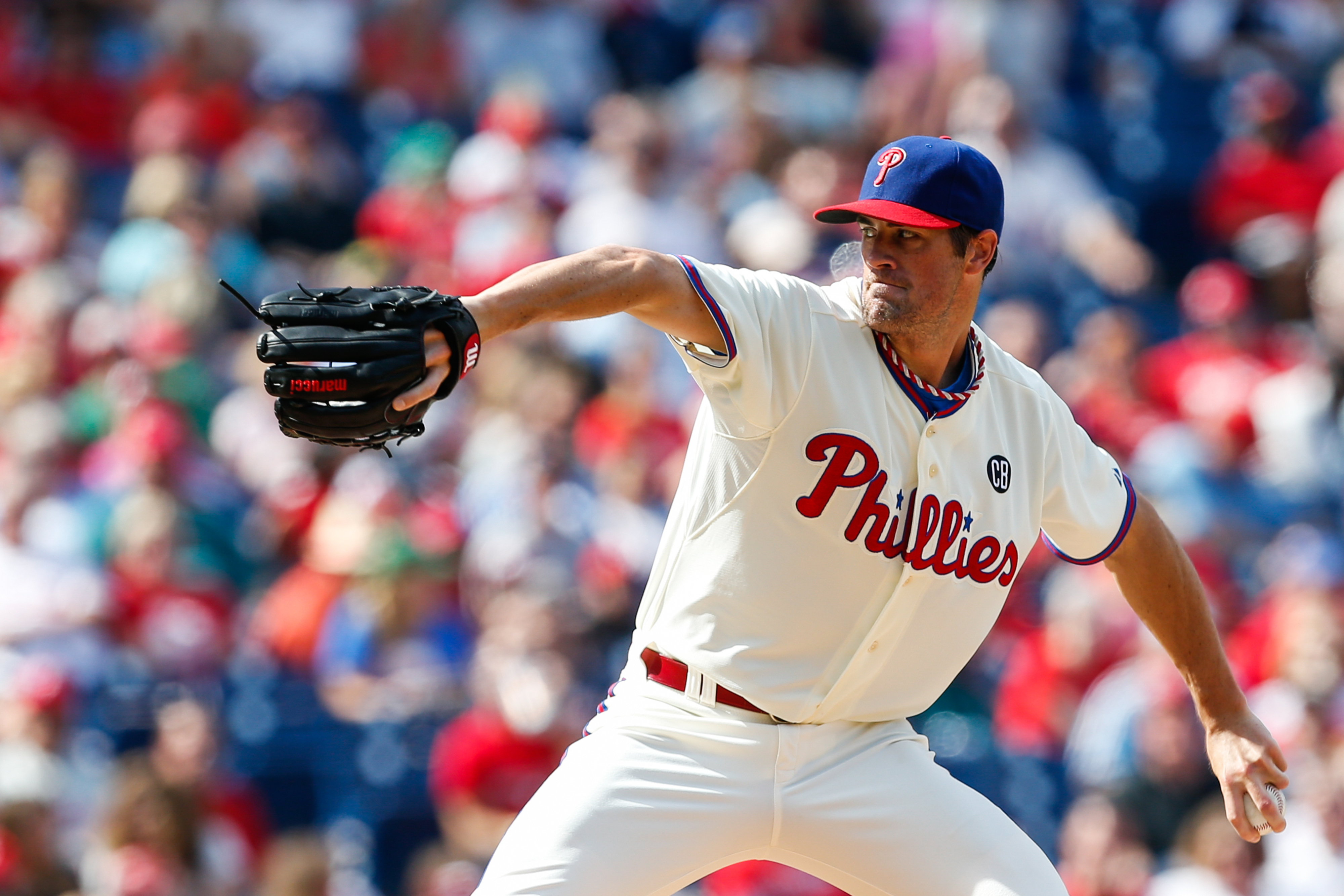 Financially, Hamels' contract is perfect for the Red Sox. Hamels, who at 30 years old, is the same age as Scherzer and Lester, has four years left on the contract he signed prior to the 2012 season. Hamels is owed $22.5 million annually through 2018 with a team option at the age of 35 for $20 million. There is also a vesting option for 2018 for $24 million if Hamels throws 400 innings between 2017 and 2018 with 200 inning pitched in 2018 in addition to not being on the disabled list with a shoulder or elbow injury at the end of the 2018 season.

Hamels fits under the team's recent trend of not committing more than four years to a player and thus would allow the team be free from the potential financial burdens of committing more than $24 million to a pitcher after the age of 34. Given the continual growth of salaries in baseball, Hamels' contract will not present itself as a financial "burden."

The 2014 Red Sox produced some bad results in some strange ways.

Don't worry about the Sox being too right-handed

One of the biggest concerns about Boston's 2015 lineup is that it's too right-handed. It doesn't appear to be a major issue, though.

While Hamels' numbers certainly aren't Scherzer or Lester's, he still represents a top-of-the-rotation starter that has no injury history, is under financial control for a reasonable cost (for a front-line starter) for just four more years and is likely attainable at a judicious cost of prospects (given the Phillies' plans for rebuilding and their incredible thin farm system).

Given that the Red Sox have about $52 million (a relatively conservative number) to work with before a trade of an outfielder (Victorino, Craig and Cespedes all represent trade candidates), they would have about $29.5 million to work with to acquire another starter, two bullpen arms, a third baseman and a backup catcher. If the team decides to trade Cespedes (owed $9 million for 2015) and set just $5 million aside for in-season trades, then the team would have a best-case scenario of about $47.5 million to spend following a post-Hamels trade.

Hamels might not represent the juciest name on the market for the Red Sox to go out and acquire, but from a financial and performance standpoint, he's the pitcher that makes the most sense to start Opening Day for the Red Sox in, ironically, Philadelphia.