Does it make sense for the Red Sox to trade Yoenis Cespedes?

Yoenis Cespedes finds himself at the center of the latest Red Sox trade rumors. Should Ben Cherington explore a trade for the outfielder?

Share All sharing options for: Does it make sense for the Red Sox to trade Yoenis Cespedes?

An insightful, modern-day scholar said the following brilliant words of molten poetry: "I'm not a businessman, I'm a business, man. Let me handle my business, damn." The words of modern-day Aristotle Jay-Z in "Diamonds of Sierra Leone" not only apply to the Red Sox current outfield situation heading into the offseason, but also to Young Hov's newest baseball client, Yoenis Cespedes.

Cespedes, one year away from free agency, finds himself in the storm of trade rumors. Nick Cafardo of the Boston Globe reported on Sunday that the Red Sox would make Cespedes available this offseason.

He will earn $10.2 million in the final year of his deal. Cespedes said late in the season that he wasn't sure whether he'd engage in long-term talks with the Red Sox. Couple that with his desire not to play right field or work on his defense, and that could make him a trade candidate as the Red Sox try to pare their outfield depth and possibly make room for Mookie Betts or add a left-handed hitter.

There are reasons for the Red Sox to consider dealing the 29-year-old outfielder. He is, arguably, one of the team's most valuable trade assets given his track record of consistent offensive output, raw power and affordable contract. It should be noted that Cespedes cannot be offered the qualifying offer following the 2015 (due to a contract stipulation), and thus, will not garner a draft pick once he hits free agency.

There isn't an abundance of attractive outfielders available on the free agent market, making Cespedes all the more valuable. Cuban defectee Yasmani Tomas, Melky Cabrera, Nelson Cruz, Torii Hunter and Michael Cuddyer represent the top outfielders in the 2015 free agent class. At a time where power is down around baseball, Cespedes is among the few players potentially on the market that brings game-changing home run pop to the table. In 2014, there were only 36 players that hit more than Cespedes and his 22 moon shots. 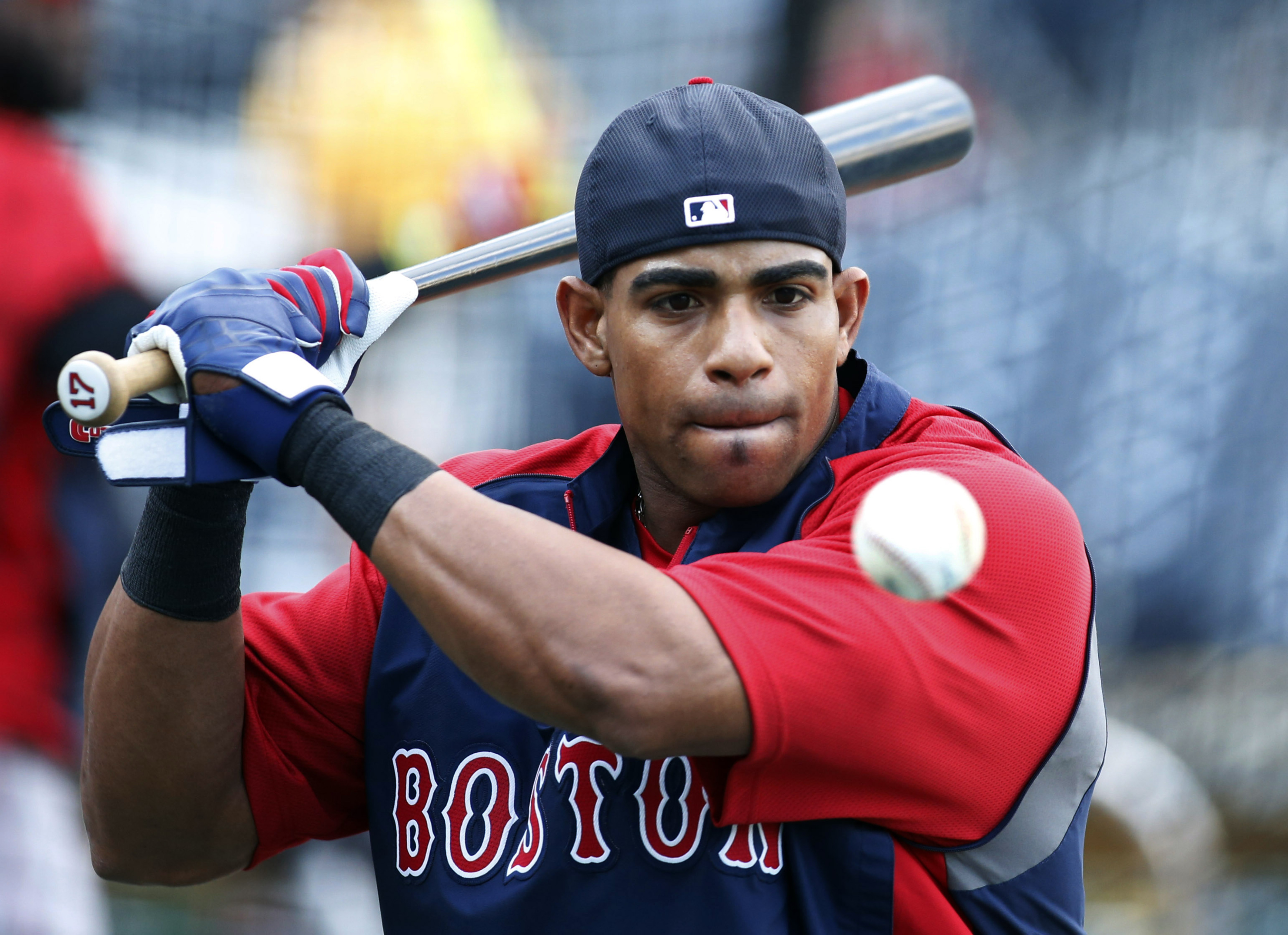 From 0-3 to 4-3, the Red Sox completed their comeback with a blowout win that changed both the Red Sox and their rivalry with the Yankees forever.

The slugger is the company's fourth baseball client

Cespedes has, on multiple occasions, spoken about how much he looked forward to diving headfirst into the free-agency pool. One agent's estimation of a potential Cespedes contract started at four years at $64 million dollars. Given the current rate of inflation with free agent contracts and the growing cost of power, it would not be the least bit surprising to see that number climb closer towards five years at $20 million annually.

With all things considered, Cespedes is lined up to get a big contract and the lack of draft pick compensation will likely help drive up the final price tag. There are, however, a couple of other factors to mull over as to whether or not it even makes sense, from both a financial and team building, for general manager Ben Cherington trade Cespedes.

A trade of Cespedes leaves a hole in the starting outfield corps. While the team does have an influx of outfielders with Shane Victorino, Rusney Castillo, Mookie Betts, Daniel Nava and Allen Craig, this is not a simple plug-and-play situation. Victorino's injury history, especially at the 33 years old, is concerning to the say the least. Both Castillo and Betts have not played full seasons at the major league level and, as Xander Bogaerts and Jackie Bradley showed in 2013, the transition to the big leagues can be a rough one. Daniel Nava is a potential trade chip this offseason and how Allen Craig bounces back from the worst season of his career is yet to be seen.

Cespedes would also leave behind a hole in the cleanup spot of the Red Sox lineup. Cespedes' presence behind David Ortiz in the lineup played a major role in the designated hitter's success post-trade deadline. Ortiz hit .299/.386/.567 with 10 home runs, 27 RBIs, six doubles, 27 strikeouts and 20 walks in 158 plate appearances after the "Lespedes" trade. Prior to the deadline, Ortiz hit .250/.345/.500 with an unhealthy Mike Napoli looming behind him in the batting order. A trade of Cespedes opens up this book of worms again for the Red Sox.

Letting Cespedes play out the year, however, means that the Red Sox potentially play the great risk of losing him to another team without any sort of compensation. A team like the New York Mets represent a potential fit for Cespedes given the team's influx of pitching and weak outfield. 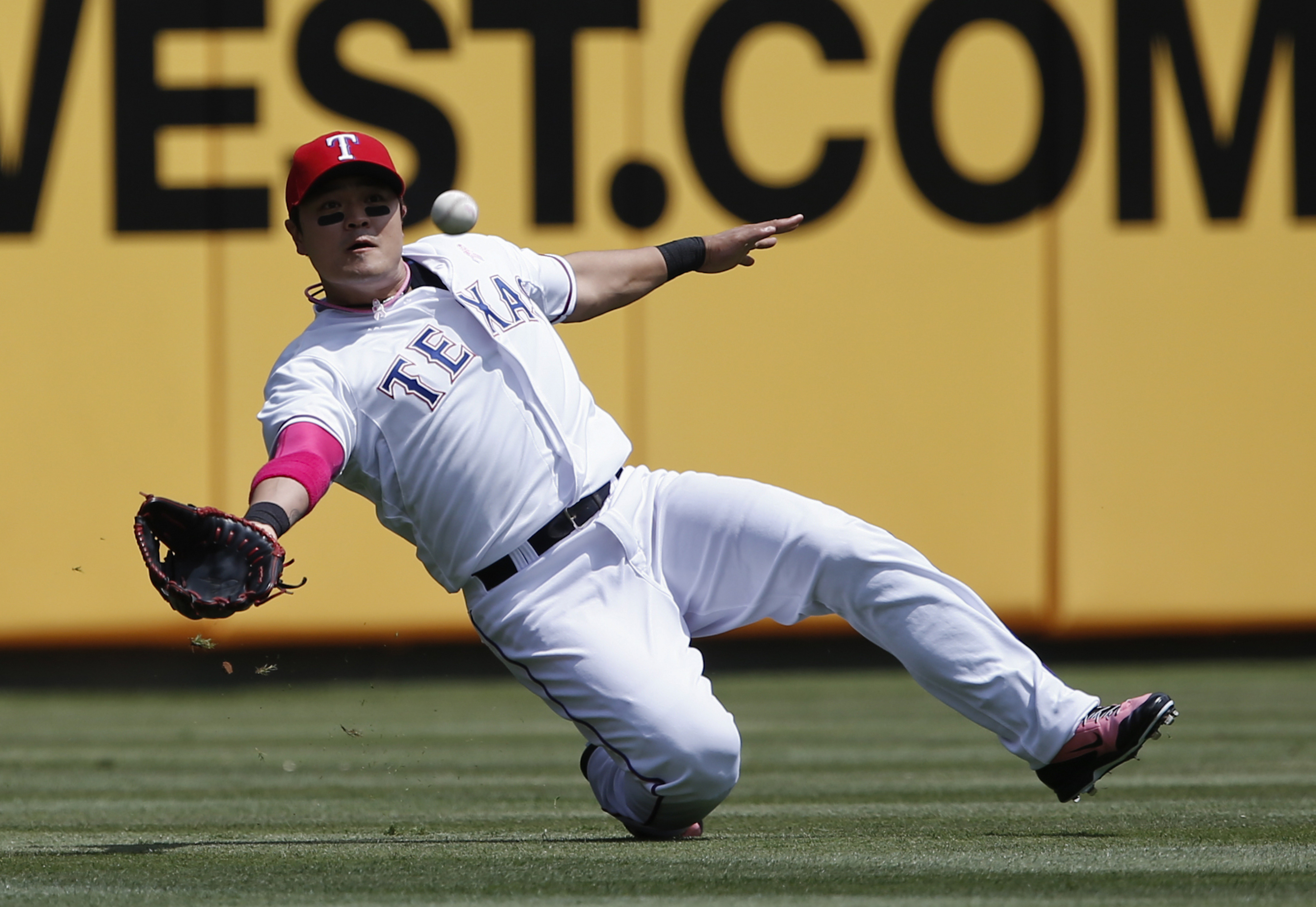 An ESPN report suggested that the Rangers and Cespedes could be a fit, with Rangers general manager Jon Daniels potentially using 31-year-old outfielder Shin-Soo Choo, who has six years and $116 million left on his current contract, as bait. Trading for Choo, who is coming off a season where he hit .242/.340/.374, the worst full season performance of his career, would seemingly make little sense for Boston unless the Rangers ate a lot of money of owed, which would make little sense for Daniels.

There is no doubt, however, that Cespedes could bring some sort of valuable arm (a straight-up trade for a three, borderline two starter seems more likely to occur unless the outfielder is part of a bigger package). Given the Cespedes' struggles manning left field at Fenway and his reported unwillingness to play right field, the team could make a marked improvement defensively should Cespedes be packaged off.

Baseball is a business, man, and it makes business sense for Cespedes, Jay-Z and RocNation baseball representative Brodie Van Wagenen to go to free agency to seek the biggest contract available for The Cuban Missile. For that same reason, it's only prudent for Cherington to explore the trade market for the owner of the best eyebrows in baseball.