The Red Sox have a lot to sort out in the outfield, but they can have a successful offseason without trading Shane Victorino.

The offseason obviously sucks. As bad as this season got, especially towards the end, it was nice to have the option to turn on NESN and watch the Red Sox lose if there was nothing else to do. Even if they were getting blown out, there was at least the chance of Jerry Remy's tooth falling out on live television. Of course, there's still playoff baseball to watch for the next month, but things are still better when the Red Sox are on TV. With that being said, the offseason isn't all bad. It's always fun to pretend you are capable of being an MLB GM and make your own winter plan. This is even more true this year, since the Red Sox have so many different roads they can take.

Among the many things Ben Cherington has to address in the coming months is the crowded outfield. With Yoenis Cespedes, Mookie Betts, Rusney Castillo, Daniel Nava, Shane Victorino, Brock Holt, Jackie Bradley Jr., and Allen Craig all under contract for next year and capable of playing in the outfield, there are decisions to be made. There may be a way to make it work with all of these guys still with the organization, but that scenario would seem to be less than ideal. One of the most popular ideas to clear some space is to find someone to take Shane Victorino off our hands.

On the surface, it's a move that makes plenty of sense. In his two years in Boston, he has proven that he is incredibly injury-prone. With all of this depth, it may not even be worth the headache of having to worry about contingency plans for an aging player with major back issues. He's in the last year of his contract, so teams won't have to be concerned with picking up a deal that will hinder their payroll for years to come, and the Red Sox should have enough cash to eat some of the remaining $13 million on his deal if they need to. However, despite all that, it is not necessarily the best move for the team. 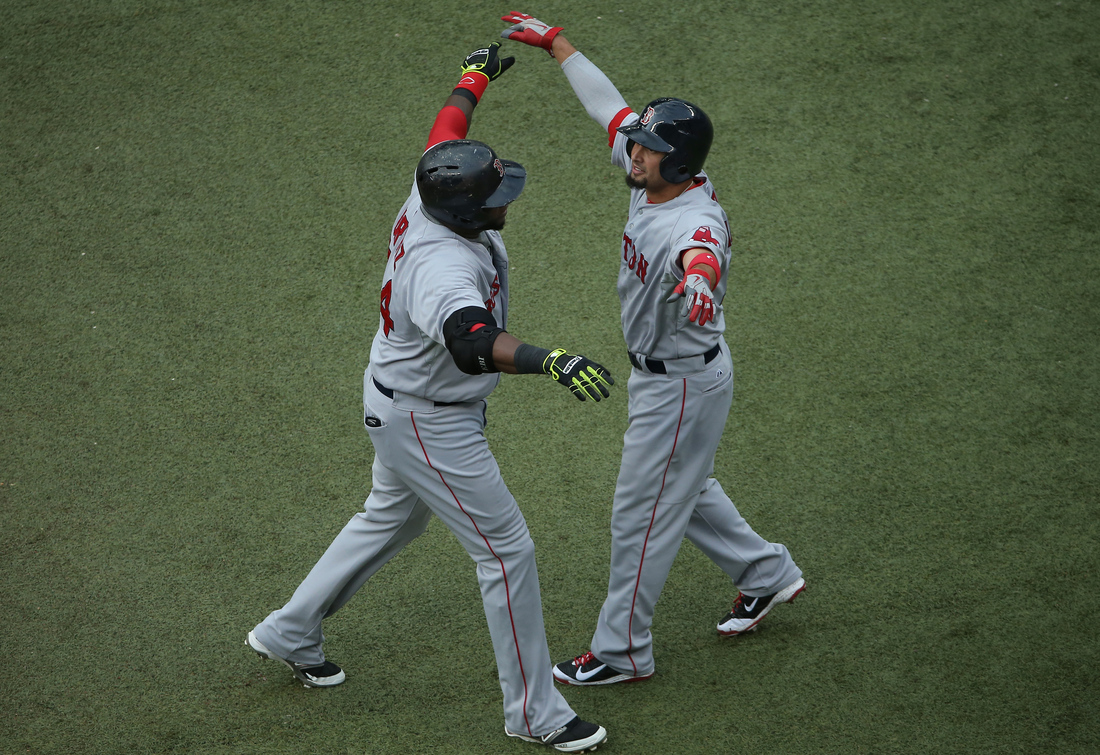 Victorino's 2014 was the very definition of a lost season. In a year riddled with injuries, the 33-year-old only managed to play in 30 games and make 133 trips to the plate. He wasn't terrible when he did get a chance to play though, slashing .268/.303/.382, good for a 92 OPS+. Of course, that production doesn't mean much when it only comes sporadically. The right fielder missed most of April, all of June, the first half of July, and everything after the trade deadline with various injuries to his thigh and back.

It's important not to let all of that missed time make you forget how good he was in 2013, though. A reasonable person could argue he was the best overall player on the team that year. In 532 plate appearances he put up a .294/.351/.451 line (122 OPS+), and some of the best defense Fenway's spacious right field has ever seen. Even if we acknowledge that his 2013 production is likely his ceiling at this point, the last three years create a solid picture of what he can be. Since the start of 2012, he's hit a solid .272/.331/.410 (102 OPS+), and he's stolen 62 bases while being caught just nine times. That last number is important, as the Red Sox sorely missed Victorino's and Ellsbury's speed this past year. The former stole 23 bases in 2013, more than double Brock Holt's total, who led the Red Sox in 2014.

So, if the Red Sox do keep Victorino, what kind of role could he play? Considering his tendency to get hurt, handing him an everyday role would likely not be wise. We saw what happened this year when you plan on getting a full season's worth of at bats from him. A sort of plus-fourth outfielder role could work, though. What I mean by that is he would be the first outfielder off the bench, but would play more than your typical backup player. Say, something around 300-400 plate appearances. This would give whatever combination of Cesepdes, Betts, Castillo, Nava and Holt that remains here through the offseason a chance to get starters playing time with a better-than-average replacement waiting in the wings.

In my eyes, the fourth outfielder role comes down to Victorino and Bradley. Both players are superb defensively, with both the range and the arm to handle both center and right field at Fenway. The argument for the former comes down to two basic points. The first is that this would give Bradley a chance to go down to Pawtucket and get regular playing time. It became increasingly clear this season that his offensive game needs more work, and gaining some confidence against AAA pitching surely isn't a bad thing. On top of that, Bradley's development isn't the most important thing here. Victorino gives the Red Sox their best roster. While Bradley is likely a slightly better defensive player, the gap between the two with the glove is far smaller than the gap in their offensive skills.

The Sox were terrible, but Ortiz was awesome again

The Sox were terrible, but Ortiz was awesome again

There is also the issue of Victorino's trade value. Surely, the Red Sox aren't just going to designate him for assignment and let him loose for nothing. If he's going to be playing elsewhere this offseason, it will be because of a trade. Considering how much time he missed in 2014, it's hard to imagine other teams will value him too much. Perhaps the Red Sox could grab a low-level lottery ticket for him, but not much beyond that. If they're going to get any real value for him, he'd have to be part of a larger trade. Given this information, the value he could provide in a part-time move would likely be more than the value he'd fetch in a trade.

None of this is to say that the Red Sox absolutely have to keep Victorino. While he's still a very solid player who can contribute in multiple different ways, they clearly have enough options to make it work without him. The idea that the Red Sox would be mistaken to keep him, on the other hand, it completely false. Having a veteran with his talent and defensive abilities is far from a liability. Assuming he'd be willing to play in a slightly lesser role, the Red Sox could do well for themselves to give Shane Victorino between 300 and 400 plate appearances in 2015.