Which Red Sox have their best year ahead of them?

The Red Sox lineup is set up to be a very productive one in 2014, but does anyone still have their career-year to look forward to?

Share All sharing options for: Which Red Sox have their best year ahead of them?

In terms of baseball, it doesn't get much more boring than January. It's late enough in the offseason where most of the top free agents have signed, but it's far enough away from Spring Training where there is still no end in sight for the winter. Because of that, the conversation can turn to some less important topics. As I was reading through Chad Finn's mailbag this past weekend, I came across one of those topics, which came in the form of a question from a reader named JJ.

Are Xander Bogaerts and Jackie Bradley Jr. the only two current Red Sox who have not yet had their best season in the majors?
-- JJ

It is one of those things that, in the grand scheme of things, isn't all that important. Still, when I read the question, I was incredibly interested. I hadn't really thought about this team in those terms. Though there is a lot of promising youth on the way, the current team doesn't have a whole lot of players that are still on their way up. So, I'm on the search for an answer to JJ's inquiry.

First, I'm going to change the rules a bit. For the purposes of this post, I'm going to pretend that JJ was only talking about position players. There are a few obvious candidates that fit this criteria on the pitching staff. The first that immediately came to my mind was Felix Doubront, who has shown numerous flashes of being a good pitcher in this league, but hasn't put it together in a full season. There are also Brandon Workman and Allen Webster. The former showed a lot of promise in his first big-league season, but did much of it in the bullpen and there is potential for him to be a mainstay in the rotation. The latter has great stuff, but performed very poorly in the majors, and really has nowhere to go but up. I also saw some suggestions for Junichi Tazawa and Clay Buchholz. I'm not sure I buy those two, but the point is the answers are plentiful on the pitching staff.

The status for the lineup is not as promising, though. The two best bats in the lineup have more than likely already seen their best season. Dustin Pedroia has a Rookie of the Year award and an MVP on his mantle already, and has two six-win seasons under his belt (by fWAR). While he is still a perennial All-Star candidate, the 30-year-old probably doesn't have a career year in him anymore, especially given the downward trajectory of his power numbers over the past few years. The other middle-of-the-order bat, David Ortiz, is under the same circumstances. This is a hard section to write, because it's almost impossible to say bad things about Boston's DH. We've been looking for his production to take a steep dropoff, but it is yet to happen. Still, he's about to enter his age-38 season, and it's tough to bet on someone having a career-year at that age, and even tougher when that player has had seasons like Ortiz had in the mid-2000's. 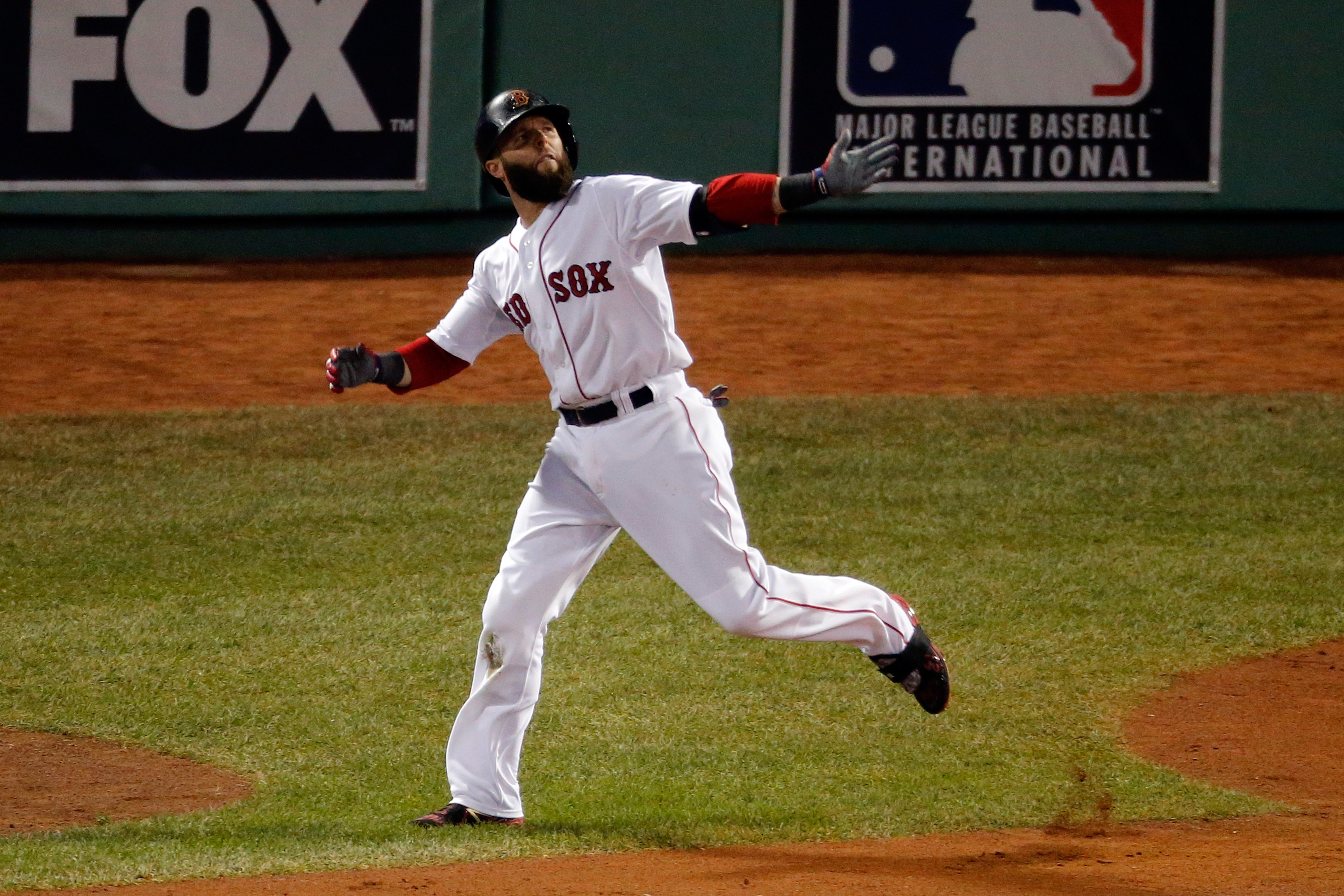 One guy who many people will probably jump to as an answer to JJ's question would be Daniel Nava, who enjoyed a huge breakout season in 2013. Personally, I don't see him as a realistic option. Don't get me wrong, I love his game as much as anyway, and in no way do I think this past season was a fluke on his part. With that being said, it seems like a stretch to say he is likely to top the .303/.385/.445 (128 wRC+) line he is coming off of. Given his relative lack of major-league experience, it's easy to forget that Nava is about to turn 31, and is probably approaching the downside of his career. There's also the fact that he had a little bit of batted ball luck this year, posting a .352 batting average on balls in play in 2013. Even if he keeps his power numbers and plate discipline at a consistent level, any regression in his BABIP will bring down his total batting line. The Steamer and Oliver projection systems have him at a 110 and 116 wRC+, respectively, and that seems about right to me. Nava is still a productive player, but it doesn't seem entirely likely that he'll top this past year.

That leaves us with one more obvious candidate, Will Middlebrooks. He is the ultimate player for this type of question, as he is coming off a very disappointing season, is still quite young, and has all the potential to breakout in 2014. Even with all of that being said, he is far from a sure thing. For one, there are all the obvious - and warranted - criticisms. There were clear holes in his swing that were exposed last season. On top of that, there is no guarantee that he even gets a starting job in Boston next season. By all accounts, the market for free agent Stephen Drew is close to barren right now, and the Red Sox may get the chance to swoop in and bring him back to town. If that happens, the left side of the infield would then be occupied by Drew and Bogaerts, making Middlebrooks either a bench player or trade bait. Either way, in that scenario, his best season will not be ahead of him in a Red Sox uniform. If Drew isn't brought back, I think I'd bet on Middlebrooks having his best year ahead of him. Even if he doesn't hit as well as he did in his rookie year in 2012 (.288/.325/.509 122 wRC+), he will still accumulate more plate appearances over a full season, and should surpass that level of production.

As I said in the beginning of this post, none of this is necessarily important to the 2014 Red Sox. Guys like Ortiz, Pedroia, Shane Victorino and Mike Napoli don't have to have the best seasons of their respective careers for this offense to be one of the best in the game. Still, for a boring part of the offseason, it's an interesting topic to put some thought into. Looking at the current crop of position players, other than the two (mostly) newbies in Bogaerts and Bradley, Will Middlebrooks could very well be the only player with his best year ahead of him, and even he is far from a sure-thing.