With Grady Sizemore joining the Red Sox, the team now finds itself with one too many outfielders.

All offseason, the Red Sox have been connected to various outfielders on the market. Whether it was bringing back Jacoby Ellsbury, making a splash in free agency with Shin-Soo Choo or Carlos Beltran, or trading for someone like Matt Kemp or Andre Ethier, it seemed clear that the front office was not totally satisfied with its 2014 options. Yesterday, they finally made their move, although it wasn't the same type of splash that had been rumored throughout the winter. Instead, they brought in former superstar Grady Sizemore, who theoretically still possesses a tremendous amount of upside, but has an injury history that cannot be ignored. Now that they have their outfielder, though, there is a bit of an overcrowding problem at the position. The addition of Sizemore gives them six outfielders, one more than they are likely to carry in the regular season.

Eventually, they will probably have to do something about this problem. Luckily for them, it's not something they have to figure out right now. It was simple enough to find room for Sizemore on the 40-man roster by designating Brayan Villarreal (who contributed just one four-pitch walk for Boston in 2013) for assignment. They will be able to go into Spring Training with all six outfielders, and hope this glut sorts itself out, as these things sometimes do. However, if everyone makes it through camp healthy, they will have to make a move, as at least one player will have to be taken off the active roster.

For starters, there are three guys who should have absolutely nothing to worry about, as their spot on the roster should be safe assuming they remain healthy. The first, and most obvious, is Shane Victorino. All he did last year was hit .294/.351/.451 (119 OPS+) while playing amazing defense in right field, and he's now entering the second year of a three-year, $36-million contract. There is zero doubt he will be the starting right fielder if healthy.

Daniel Nava should also be in no danger of losing his spot on the roster. He may have been the surprise of 2013, hitting .303/.385/.445 (128 OPS+), and while there's likely some regression heading his way this season, his excellent approach and prior professional experience indicates that he will remain a productive player in 2014.

Finally, Jackie Bradley should have his spot on the major league roster sewn up as well. There may be some real danger for him to start the year in Pawtucket, strictly because he is the only outfielder who can be sent to the minors freely. That would be a shame for him, though, as he's excelled at every level of the minors now, and the only part of his development that remains is being tested against major league pitching. This move should not be allowed to prevent that from happening. 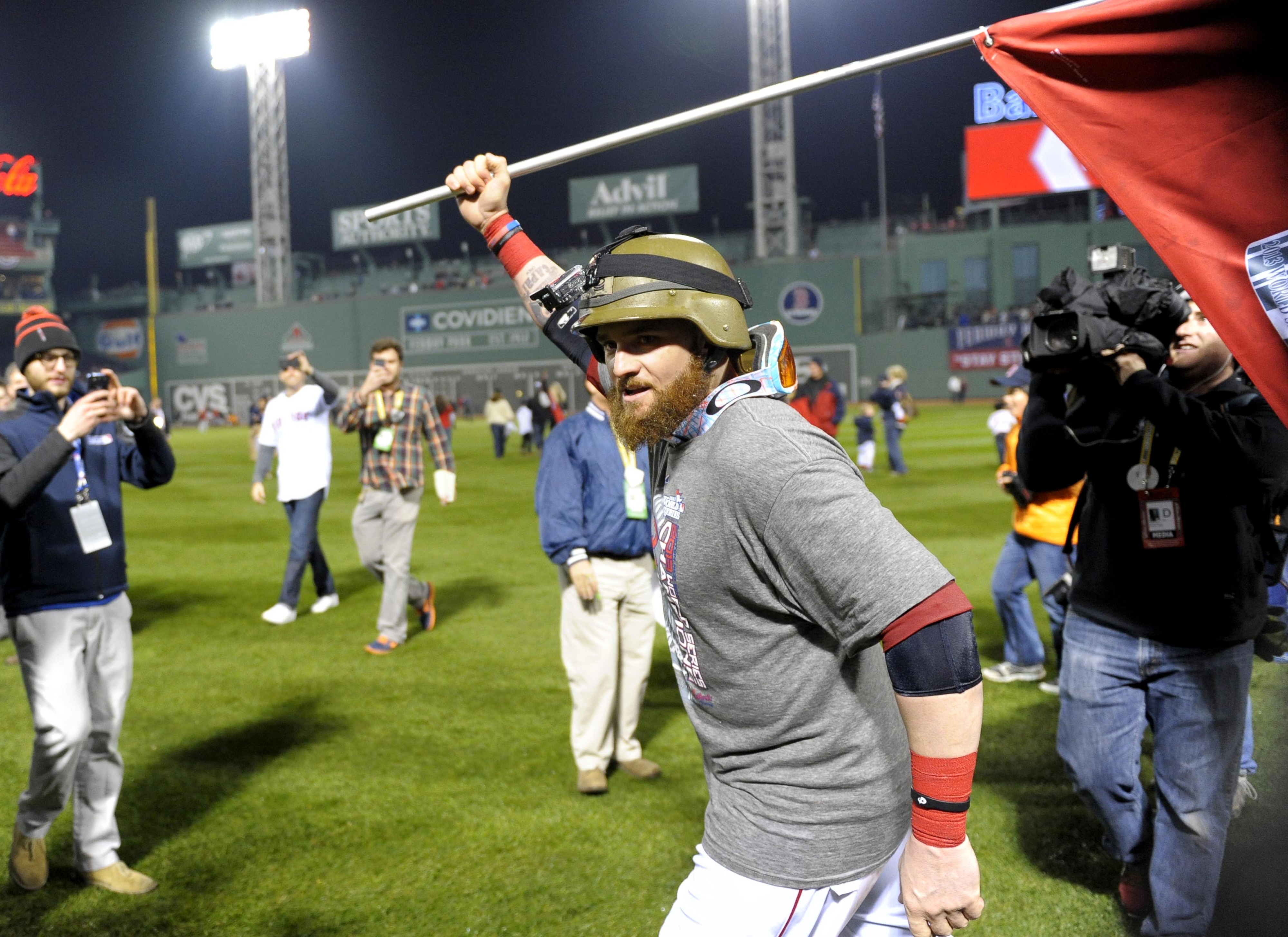 Out of the final two, Sizemore edges out Carp based solely on the team needs. Before Sizemore came on, the Red Sox lacked any real backup option is Victorino or Bradley went down with injury long-term. Nava could fill in at right field for a shorter-termed injury, but at a certain point he'd be giving too much up with his defense there. Sizemore can (hopefully) fill that role, as he was once of the premier defensive outfielders in the game. There is also the small possibility that he starts the year in Pawtucket, which could be ideal to let him develop his game a bit more before letting him play in regular season games. Unfortunately, he has accrued enough service time to make his permission necessary to be sent to Pawtucket.

With everyone else finding a role on the roster, Mike Carp is the odd man out. A tremendous buy-low pick up by Ben Cherington last season, the former Seattle prospect finally blossomed in Boston in 2013, hitting .296/.362/.523 (140 OPS+), with 45 percent of his hits going for extra bases. Despite the progress he made, though, he is a bit redundant on this roster. Gomes can provide his power off the bench, Sizemore is a left-handed bench bat and Nava can serve as a backup first baseman. This makes Carp extremely expendable for the Red Sox, which is nice since he's coming off a career year. He won't command any type of blue-chipper, but he could bring back a package that would include more depth for a team that could use more outfield help, infield help and bullpen help in the minors.

As I said above, these things can have a way of working themselves out, and there's no guarantee a transaction will have to be made to make room for the glut of outfielders Boston currently finds itself with. If a move does have to be made, though, the Red Sox would be smart to make Mike Carp the man to go.