Yes, the Yankees will save a large chunk of money because of Alex Rodriguez's suspension, but it is still a net loss for them, and in turn, a win for the Red Sox.

Unless you live under a rock, you have heard about Alex Rodriguez's suspension being reduced to 162 by an arbitrator over the weekend, meaning it's highly unlikely he will be seen on a baseball field in 2014. If you were somehow unaware of this suspension until right now, you can look here for facts, as well as read some of Craig Calcaterra's takes at Hardball Talk for some better understanding of the legal ramifications. Since the announcement was made, much of the conversation has revolved around the fact that the Yankees should be breathing a sigh of relief as they will be off the hook for his 2014 salary. I don't see it that way, though. To me, it seems like the Red Sox will benefit from this, both in the short-term and the long-term.

The first issue is the idea that the Yankees can now do so much more this offseason because of Rodriguez's salary coming off the books. He was set to make $27.5 million in 2014, and now they will only be forced to pay him a shade over $3 million. Of course, that money will help them. The question is, how much? There has been a lot of talk that the Yankees will try to avoid the luxury tax this winter, which currently stands at $189 million. If they are truly serious about that goal, the Rodriguez suspension only serves to help them, no?

Being careful on free agency is one thing, but Boston can more than afford a Jon Lester extension.

Well, as Mike Axisa points out over at the River Avenue Blues, even without the alleged-PED-user's contract on the books, the Yankees are right on the edge of the luxury tax. The team's biggest need is clearly in the rotation right now, and their number one target is Masahiro Tanaka, who will not come cheap. If they are truly interested in competing in 2014 -- which their offseason to this date suggests is true -- then the goal of staying under the luxury tax was never really a realistic one. In reality, the money they saved with the suspension only helps them go over the luxury tax by less, which is something the Yankees should never really be concerned with.

As has been talked about ad nauseum, the Red Sox are set up very well for both 2014 and the near-future. Coming off an unexpected World Series championship, they once again look like early favorites to win the AL East this season. However, the rest of the division figures to be competitive, and that includes the Yankees. Despite losing Robinson Cano in free agency, New York should still be one of Boston's biggest competitors thanks to additions like Brian McCann and, of course, Jacoby Ellsbury. With that being said, they don't have a ton of depth, and they will need all the help they can get, especially in the infield. Now that it's a near-certainty that Rodriguez will not be on their roster, the Yankees' infield got a lot worse, and in turn, their lineup just got a little less scary. This makes the immediate goals for the Red Sox -- winning the AL East -- that much easier.

Since the Yankees infield is so bad right now, they have two choices, both of which are helpful to the Red Sox in one way or another. In the first case, they stick with what they have, adding only depth pieces such as Scott Sizemore and hoping for the best. This would mean their infield is some combination of Mark Teixeira, Kelly Johnson, Derek Jeter, Brendan Ryan, Eduardo Nunez, and Brian Roberts. Whatever you think about Rodriguez, he's a clear upgrade from that when he's healthy. In 710 plate appearances over the past two seasons, he has hit .265/.352/.428 with back-to-back 113 wRC+ seasons. It's not the A-Rod of old, but it's still a really productive big-league player for a team that's infield is full of average-at-best players. If the Yankees do decide to stick with what they have, it's helpful for the Red Sox in the way that was mentioned above, it will make their hopeful run towards the 2014 AL East championship that much easier. 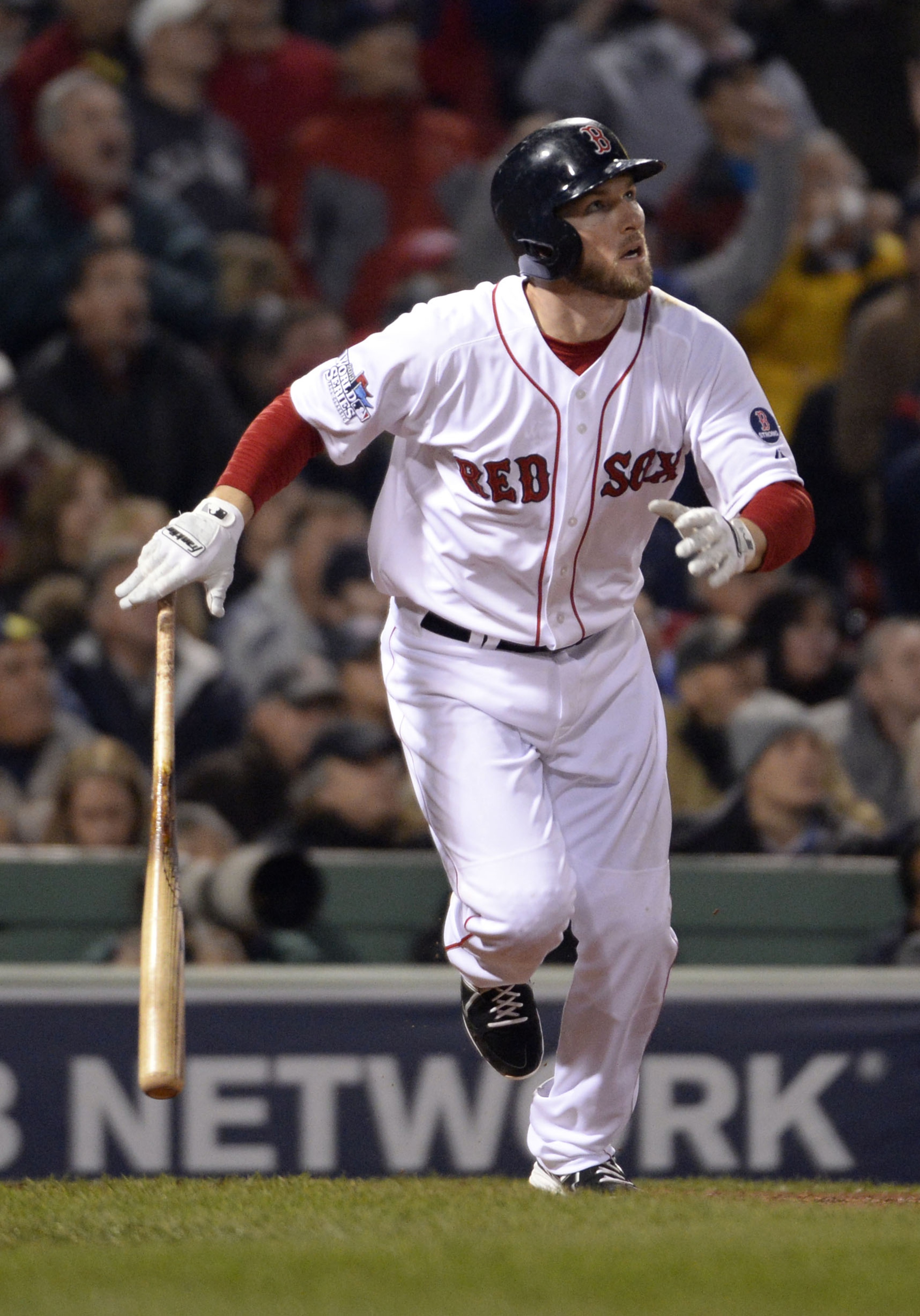 It is also possible that the Yankees will try to upgrade their infield with more expensive external options. There are a few possibilities with this, including signing Stephen Drew or trading for Chase Headley or Aramis Ramirez. If they are able to bring in one of those guys (as well as noticeably improve their rotation), they will be a legit threat to Boston in the AL East. However, those moves will also make them worse for the future. Stephen Drew's market is so dried up because of the draft pick compensation attached to him. Signing him would rid the Yankees of a third draft pick, after losing one with the McCann signing and another with the Ellsbury signing. There is also the possibility they lose one by signing someone like Ervin Santana or Ubaldo Jimenez, which would essentially wipe out their 2014 draft. If they opted to go with the trade route, they would be trading the future assets they already have, which are slim enough as they are. Regardless of whether they go through free agency or search the trade market, the Yankees will be sacrificing a part of their future if they wish to replace Rodriguez's production in the 2014 lineup. New York will always be Boston's top competition as they search for that "next great Red Sox team" they are always talking about. Anything that hurts their future like this has to be a positive for the Red Sox.

The initial reaction in Boston after A-Rod's suspension was announced seemed to be that New York was bailed out by not having to pay his contract. As it turns out, that doesn't really matter as much, since they were more likely than not going to blow past the luxury tax threshold regardless his presence on the roster. On top of not meaning much towards the final budget, it also makes them a worse team in general. The only way they will be able to replicate his production would be by further damaging their future. Either way, the Red Sox were the ones who were helped by the suspension, both for 2014 and down the road.