Six is more prospects than it sounds like, too, given their eligibility rules.

With about a month to go until spring training, one of the things baseball fans -- and more specifically, Red Sox fans -- can look forward to is the release of prospect lists. While a few have trickled out already, there are still plenty of outlets yet to unveil their top-100, or variation thereof. Kiley McDaniel of Scout.com is the latest to show off his top-100, and it's a little different than most.

McDaniel doesn't include prospects who already have Opening Day jobs, nor does he list international signings who are already in possession of MLB jobs. For the Red Sox, this means that Xander Bogaerts and Jackie Bradley Jr., who are expected to be the shortstop and center fielder in Boston this summer, respectively, are not eligible. Despite this, the Red Sox still end up with six of the top-100 prospects.

Owens is the only Sox prospect in the top-50, which, considering the circumstances, isn't a surprise: Bogaerts and Bradley Jr. are the other two consensus picks for that level of list love. The tall lefty had a breakout 2013 after putting some weight on his lanky frame, a move that helped to build strength while also smoothing out his mechanics: repeatable, successful pitching is difficult when you're all limbs. He'll start 2014 at Double-A, where he finished up last summer, and will do so as a 21-year-old lefty with 46 strikeouts in 30 innings of work at the level to this point. While he's not going to be punching out league-leading levels of batters in the majors like that, his success to this point is a great sign, and a continuation of that would only further the idea that he's more than a mid-rotation arm.

I've spoken to McDaniel about Webster in the past, and the reason he still believes in him is just how good Webster's stuff is when he's on. When the command is there, he's the most impressive pitcher in the Red Sox system. The command hasn't been there often enough, though, as you might remember from some of his major-league work in 2013, but he was also in his first stint at Triple-A, and had a strong second half with a more aggressive approach on the mound. If he can build on that in 2014, this ranking will be easily justified. 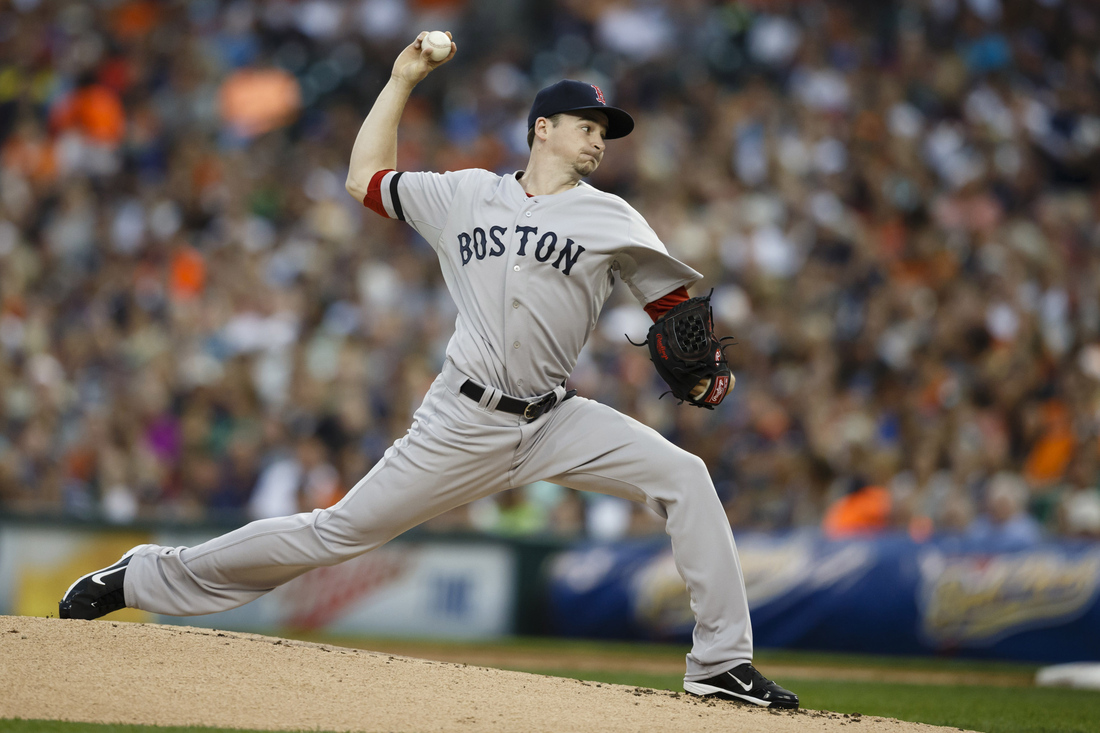 This might seem low for some Cecchini fans, but it makes sense. His numbers are the reason to adore him to this point, but numbers aren't even close to everything when scouting. His defense is still a work-in-progress, to the point where it's not clear if third base is his home. In addition, while his time at Double-A was certainly good, it will be easier to believe that power is on the way when he actually shows some: slugging .404 with a .108 Isolated Power will only work if Cecchini can keep his on-base percentage around .400, and if he can't drive the ball with authority consistently, that won't happen in the majors. That's not to say that I believe Cecchini is in line to disappoint, by the way: it's simply that Cecchini is a player with questions that need answering, and at this point, his career could go in any number of directions.

While the Red Sox have just the one top-50 prospect, they dominate the top-75, with Betts the last of the four prospects found there. This might actually be one of the loftiest rankings that Betts receives from any outlet, as there are plenty of scouts and prospect analysts still split on what his future actually entails. Is he an impact player thanks to his combination of speed, defense, and power that's surprising for his size, or is he simply an average-or-better regular who will be very useful in his cost-controlled years? Either way, the Red Sox will be pleased, but the former is the obvious preference.

Boston has the best rookie shortstop in all the land, and the timing couldn't be better.

Ball was Boston's first-round pick, the seventh overall, in the 2013 draft. Seeing him listed at all is nifty, as he's so young, so raw, and so untested that someone like him could slip out of a top-100 entirely in his first year of eligibility without anyone so much as raising a dissenting point. Ball has potential as a pitcher at or near the top of a rotation, but that future is far, far away, unless he suddenly gets it like Henry Owens over the next couple of years and rockets through the system. This is a good time to remind us all that part of the reason we're shocked by Owens is that this sort of rocket-strapped-to-prospect surge doesn't happen very often, especially not with lanky lefties who take some time to get themselves in order, generally.

This is a lower ranking for Swihart than I expected, so I asked McDaniel how it came about.

The split on Swihart, from the scouts I talked to, was based on how they interpreted his fringy defense at catcher. Some saw a young athletic kid that will figure it out enough to play back there and others just assume he moves to a corner. The bat/power are above average, so there's certainly some upside, but the position impacts the ranking a good bit and I'm probably a little lower on him than many.

It's conservative, but makes sense. If Swihart does figure out catcher defensively soon, I'd expect to see him pushed up this list in the future. As it is, he's still a ways off, as he'll start 2014 at Double-A, and likely spend the whole season there.