The new Will Middlebrooks

He's back, and showing why he should never leave again.

Share All sharing options for: The new Will Middlebrooks

It wasn't that long ago that Will Middlebrooks was in the midst of a poor 2013 season. He was demoted to Triple-A Pawtucket in June thanks to a .192/.228/.389 line and 64 OPS+ that was dragging down the Red Sox lineup, at a time when Jose Iglesias was hitting everything in sight while shuffling between shortstop and third. The plan was to let Middlebrooks play every day and figure out where he needed to be, in terms of preparation, mindset, and with his swing.

The time away from the majors to focus on his game has done wonders, as Will Middlebrooks is back, and possibly even better than he was before.

In the 26 games since Middlebrooks' recall, he has hit .368/.434/.621 with six homers, 10 extra-base hits, and a reduction in his strikeouts that coincides with a jump in his walk rate. A few of the walks came during an NL road trip in which Middlebrooks hit in front of the pitcher, but, in conjunction with the lower strikeout rate and far more control of a plate appearance from pitch-to-pitch, it's hard to say he's done anything besides take a significant leap forward with his approach. All told, this stretch has pushed him to a 101 OPS+ on the season, and a 111 OPS+ for his career, which, as of now, resembles a full major-league season.

Over 154 MLB games, Middlebrooks has hit .266/.308/.483 with 30 homers and 61 extra-base hits overall. The on-base percentage could stand to be better, but he has more than enough power to make up for it -- the average third baseman has hit .261/.324/.414 in 2013. Plus, Middlebrooks' OPS will likely be loftier than that if he can avoid another three-month cratering like he experienced at the start of this campaign. Average or better on-base percentage with well above-average power for the position is a significant positive, especially for a cost-controlled, pre-arbitration player. All of the player valuation systems agree, too: even with his 2013 first-half issues, Middlebrooks is valued between two and three wins according to Baseball Reference, Fangraphs, and Baseball Prospectus, making him an average or better player in this stretch. Not bad for a guy who is still in the learning stages of his career, one who turned 25 years old on Monday. 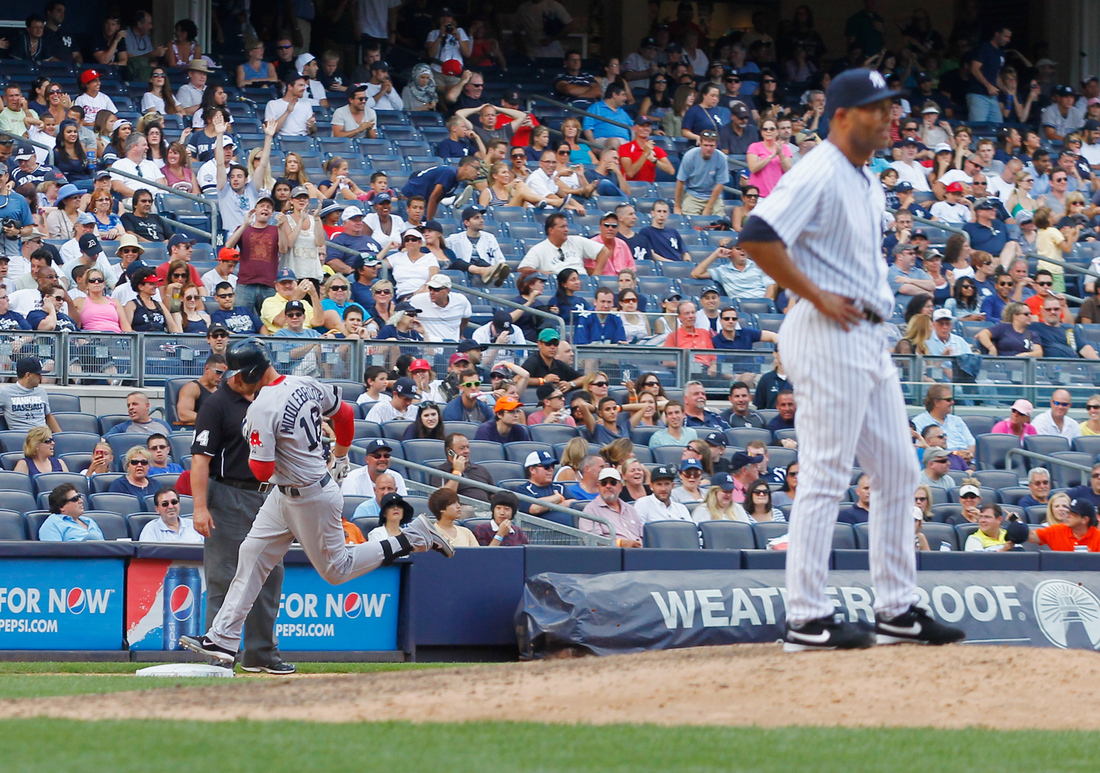 What brought on the change? Middlebrooks will be the first to admit -- and has publicly done so -- that his 2012 success got to his head a bit and took him off task in terms of preparation and adjustments. Between his struggles and his demotion, he wised up, and has made significant strides in a short time -- combined with his ever-impressive plate coverage, you get a dangerous hitter at the plate more often than not.

The Providence Journal's Tim Britton has the details:

The second step for Middlebrooks has been having his mind in the right place during his at-bats. Earlier in the season, Middlebrooks' adjustments tended to be game-to-game. Now he's making them pitch-to-pitch, and he's been better prepared for what's coming from the mound.

"Early in the year, I had my approach, and I stuck with it and never thought of changing it to the situation or the pitcher," he said. "It's the cat-and-mouse game, and I was playing it more with myself than against a pitcher."

That was the thing with Middlebrooks. Early on in the season, he was seeing more pitches per plate appearance than he had in the past -- well over four per, a significant jump from 2012's 3.9 -- but it was more out of blind luck than any kind of strategy -- he had little in the way of a plan to counter the off-season adjustments of the league, and his opponents could carefully pitch around him and force him to swing at pitches he could do little with, pitches that he wasn't expecting. That's all changed now, though, as Middlebrooks leaves breaking balls off the plate alone more often, helping him setup the pitcher to throw something that Middlebrooks can, at the least, lace up the middle for the singles that eluded him for three months to begin the year. Best-case, he does what he's managed to quite a bit of late, and that's send one over the outfielders' heads. 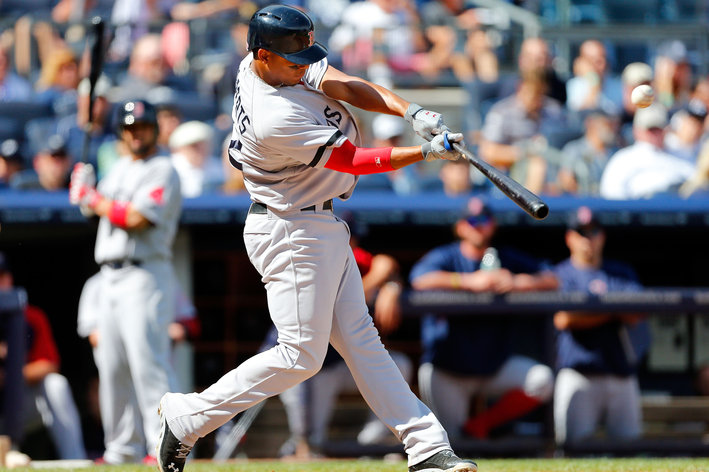 It was a serious shot, and you can watch it again and again in video and GIF form.

It's not just a mental change that's improved him, though. Within that same Britton text comes the story of Middlebrooks' changing his foot placement at the plate. Now, rather than standing with an open stance that would close prior to his swing, Middlebrooks has his feet lined up, allowing him to keep his weight to the middle of the field and allow him those aforementioned opportunities for hard-hit balls up the middle. This keeps him from being limited to success on pulled balls, creates more opportunities for singles and hard-hit doubles, and overall makes him a more effective batter, one who isn't dangerous in just one way.

He's not going to hit over .340 with a better than .400 batting average on balls in play all of the time, of course, but consider this surge Middlebrooks' response to the league's initial adjustment to him. Now, it's up to the rest of baseball to figure out how to get Middlebrooks out going forward, and, as it was while he was with Pawtucket this summer, his responsibility to counter that. It's a back-and-forth game that never ends, and Middlebrooks seems to know that now. That, maybe more than anything he's actually achieved on the field in 2013, is what's important and new, and it's what has him back as Boston's third baseman of the future.