Share All sharing options for: How elite is Koji Uehara?

Oh, how things have changed at the back of the bullpen for the Red Sox. The season started with a vaunted two-headed monster for the 8th and 9th innings, in addition to Koji Uehara and Junichi Tazawa. Now, after season-ending injuries to both Andrew Bailey and Joel Hanrahan, Uehara is dominating in the 9th, and Tazawa has been very solid in the 8th. Even before he was shifted into the closer role, though, Koji was tremendous as "fireman." Put simply, he's an amazing pitcher whenever he's in the game. There were people who were worried that he wouldn't be able to thrive as a closer after serving as a setup guy for most of his career, but he has done nothing but prove that to be utterly ridiculous.

After this season, Uehara has clearly put himself in the upper echelon of relief pitchers all across baseball. For as long as I've been watching this game, there has been one guy who has been able to claim his spot as the best reliever in the game, but his time is coming to an end after this year. While still great, Mariano Rivera plans to retire at season's end, leaving a void in the game. So, with the top relief pitcher spot back up for grabs, where is Uehara in that conversation?

For the first part in this exercise, we'll look strictly at where the high-five machine ranks strictly in 2013. Currently, Koji is the owner of a 1.14 ERA that is good for fourth-best among all qualified relief pitchers, trailing just Craig Kimbrel (0.94) and old friend Mark Melancon (0.87). Of course, ERA isn't an overly reliable way to judge bullpen arms, but using defense-independent numbers also shines a favorable light on Uehara's season. His 1.79 FIP is the fifth best in baseball, with Kansas City's Greg Holland's 1.15 mark representing the league's best at this point. However, he also has the second-best K/BB in the game right now, to go with baseball's fifth-highest K% and BB%. Holland is probably the only pitcher who could stake a claim to a better reliever season than Uehara at this point, as he has a higher strikeout-rate, lower home run-rate, and seems to have had less luck involved on balls in play. (.192 BABIP for Uehara vs. a .296 BABIP for Holland). 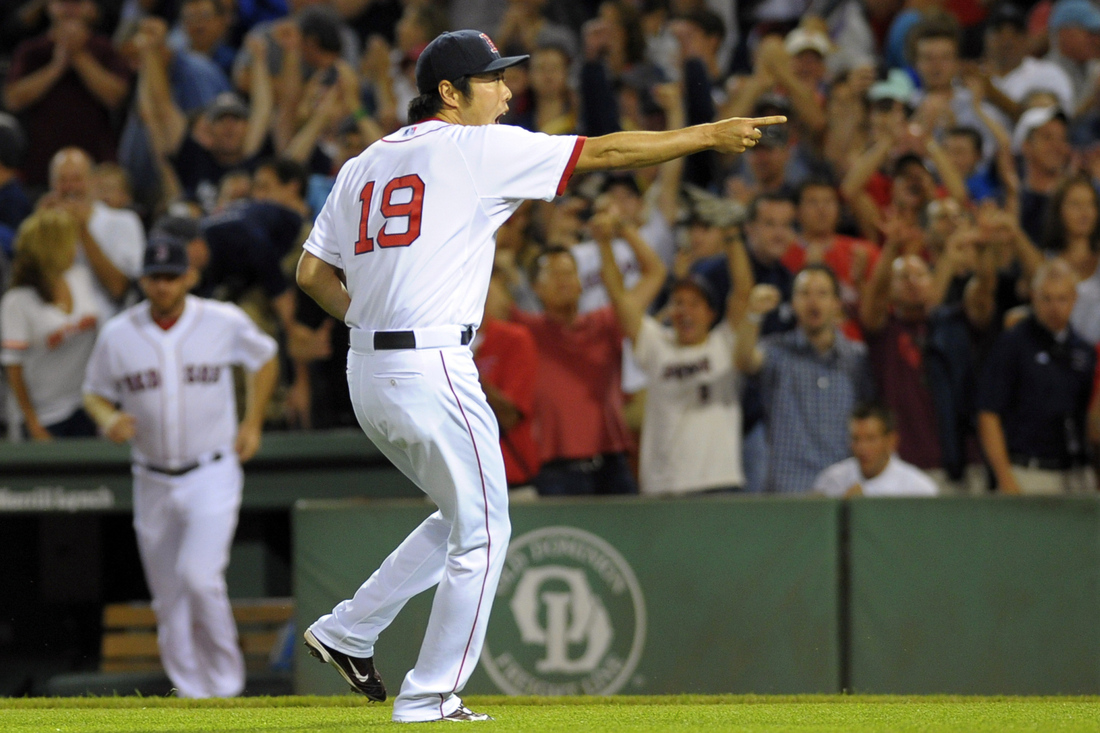 Success isn't a new thing for Uehara, though. He has a long track record of it out of the bullpen that actually started when he first was converted to a reliever in 2010. Since that time, he has logged 207-1/3 innings, putting up a 2.00 ERA and 2.43 FIP in that time. That FIP is the 8th best over the last four seasons, while his ERA is fourth best, behind Rivera, Eric O'Flaherty and Craig Kimbrel (who leads both ERA and FIP over that time). What has always been his best quality, though, has been his ability to mow down batters while avoiding free passes. Minimum 275 innings -- Uehara's career total -- no one has a better K/BB ever, with the next-best to Koji's 8.4 that of Sergio Romo's 5.9. 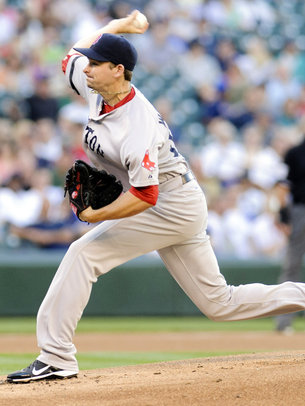 It's not a permanent move, but it could be an important short-term one.

Interestingly enough, that batted ball rate has been consistently low for Uehara over the years, too, despite playing with different defenses behind him pretty much every year, some of them poor. Since 2010, his opponents' BABIP have been: .294, .196, .200, .190. There is probably some luck involved with keeping that so low, it is much more indicative of how hard it is to make solid contact off of his pitches. In fact, he is in the top 10 percent of qualified relievers in pop up-rate, and has the lowest BABIP amongst all qualified relievers. The idea that Uehara limits hard contact is also supported by the fact that he has the second-lowest line drive-rate among relievers in the last four years, per Fangraphs.

Based on his other-worldly performance this season, and consistent track record of stellar pitching coming before this, I think it's fair to say Koji Uehara is a top-5 reliever in the game, especially with Rivera leaving the league behind at the end of the year. Kimbrel has claimed the spot as the game's top reliever, and Holland has proven that he is one of the game's best. Beyond those two, though, there doesn't seem to be anyone that is clearly better. Aroldis Chapman certainly has the capabilities to be better, but his walks and home runs stop that from being definite. Kenley Jansen has taken a real step forward this year with his control, and if that can stay he would be ahead of Uehara too. However you look at it, though, it's clear the Red Sox have a truly elite relief pitcher in their bullpen. And with that mysterious vesting option, they will have him again next year for between no more than $5 million. After ogling his numbers for a little while, that is a very good thing.