Trying to corrupt two teams simultaneously proved too much for the 20-year-old curse, which passed away on Tuesday night when both of its infected franchises managed to avoid losing seasons.

Share All sharing options for: The life and death of the Curse of Tim Wakefield, 1993-2013

We must sadly report the untimely passing of the Curse of Tim Wakefield as a consequence of natural causes and overtaxation on Tuesday evening. The Curse was less than a month from its 21st birthday at the time.

The Curse was born in Pittsburgh, PA in 1993, following the demotion of knuckleball pitcher Tim Wakefield from the major league franchise to the Carolina Mudcats after some early struggles in his sophomore season. Although the former NL Rookie Pitcher of the Year would be recalled to the big-league club in the final month of both 1993 and 1994, he would never become a regular part of the team again.

While the first signs of the Curse would appear in 1993, it would seem like a momentary blip for a team that had made it to, but lost, the previous three NL Championship Series, twice in Game 7. However, the Pirates' 75-87 record in 1993 would be almost identical to the results of the 1994 campaign, which, although strike-shortened, saw the Pirates go 53-61, bringing their winning percentage up by just two-tenths of a point.

The real indication that the Curse was beginning to take root came in 1995, following the Pirates' release of Wakefield on April 20. In that season, the Pirates finished with a dismal 58-86 record (.403 winning percentage). Although there were some growing pains, the Curse seemed to thrive in Pittsburgh, extending its reach with each successive season in the guise of poor management decisions, underperformance of its roster, and the desire to trim operating costs by operating on a shoestring budget. When the Curse became a full-fledged adult during the 2009 and 2010 seasons, it underwent a massive growth spurt, pummeling the Pirates to 99- and 102-loss seasons, leaving a depressed and dispirited fan base in its Wake. Even the construction of a new baseball park, with its improved revenue streams, seemed to do little to appease the overwhelming appetite of the Curse for mayhem and misery.

The Curse would actually briefly benefit the Boston Red Sox: In 2008, in a payroll-trimming move, the Pirates sent Jason Bay to Boston as part of the Manny Ramirez trade. He would make solid contributions to the team for the remainder of his contract, which expired at the end of the 2009 season. It is believed, however, that the Curse also used this opportunity to bud off and embed a part of itself at Fenway Park. It is no coincidence that at the same time Jason Bay's contract was not extended, Wakefield's contract was converted from the innovative "perpetual rolling option" deal to a two-year deal that would end in 2011. 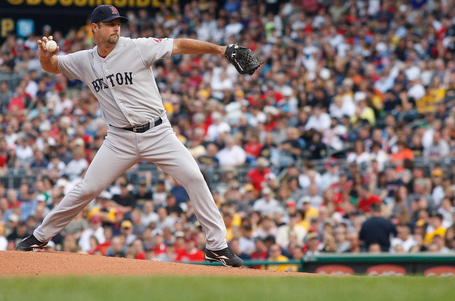 A brief visit from its creator to the curse's place of origin would allow it to refuel for one last assault. Photo Credit: Jared Wickerham

Sensing that the end of Wakefield's career was fast approaching, the Curse quickly laid down roots. While it was attempting to gather strength, it was unable to prevent the Red Sox from having winning records, but still managed to keep the Sox out of the playoffs in both years, even as they reached the 90-win plateau in 2010 with a heavily injury-depleted team.

The Myth of the 'must win' game 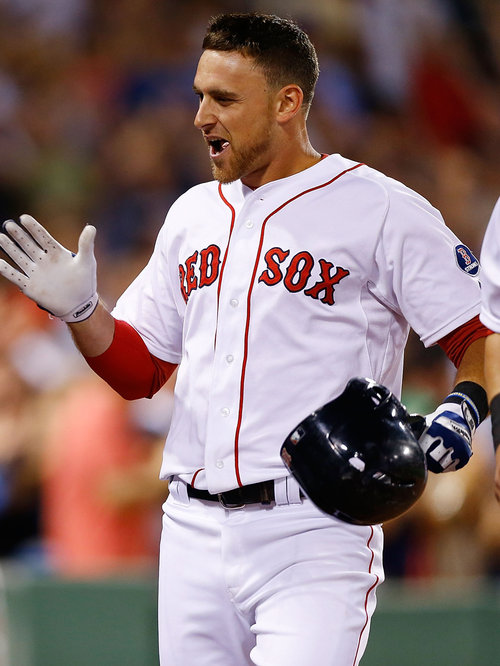 Myths, curses, and up next, what the shade of Don Orsillo's suit means for your week!

The Curse's high-water mark came in 2012, when, coupled with the wreckage of overpriced contracts, a toxic clubhouse, and the mismanagement of Bobby Valentine, the Red Sox had their first losing season since 1997, finishing at a pathetic 69-93. At the same time, the Curse also managed to wreak its influence upon the Pirates, who as late as August 31 were nine games over .500, but finished the season with a 9-23 record in September and early October to sputter their way to a 79-83 finish--good for their twentieth losing season in a row.

However, haunting two fanbases simultaneously provided an opening for both clubs, particularly with the curse robbed of its vengeful spirit by the retirement of Tim Wakefield himself. By reforming the clubhouse, and bringing in productive and cooperative free agents, instilling new management and a team-first ethic, the Curse was in dire straits, lapsing into a coma on Saturday after the Red Sox's 81st victory of the year against the Chicago White Sox. Although placed immediately on life support, its injuries were too severe, and the end came on Tuesday night, with Pittsburgh beating MIlwaukee to ensure it, too, would avoid a losing season. Medical personnel at the scene confirm that the passing was peaceful, with the Curse's last words reportedly being "It's high—time to fly."

The Curse is survived by its extended family, and in particular its cousins, the Curse of the Billy Goat and the Scourge of Raycism.

In lieu of flowers, the family asks that supplications and burnt offerings be made to the Dark Vengeful Spirit of the Forces of Evil.