The Red Sox have been around for a long time, but only one man stands between Koji Uehara and a piece of team history.

In 1963, Dick Radatz did a remarkable thing for an entirely unremarkable Red Sox team. Over a one month period, starting on May 13 and ending on June 14, Radatz appeared in 14 games, threw 33 innings of baseball, and allowed not a single earned run. He struck out 43 batters, walked seven, and allowed just 11 hits. It stands as the most impressive streak of relief pitching by any player in Red Sox history, matched only by three starters: Pedro Martinez, Luis Tiant, and Babe Ruth.

Koji Uehara, however, is getting really close.

Already, his streak eclipses Radatz' in terms of games and time. It took Radatz just 14 games and one month to pick up his 33 innings while, thanks to modern sensibilities about the use of relievers, Koji has need 26 games and two months to make his way up to 28.1 scoreless innings. That leaves him just five games away, most likely, from passing Radatz and grabbing that top spot.

What's most impressive about the run is just how completely easy it's been for Koji. This is no 2009-10 Jonathan Papelbon experiment in bullet dodging. Not at all. Over these past two months Uehara has allowed ten baserunners! Not even half of those baserunners would so much as reach scoring position. Over the course of the streak, opposing hitters have an OPS of .215 against Koji. At that point, you may as well not even step up to the plate!

There is no Junichi Tazawa problem 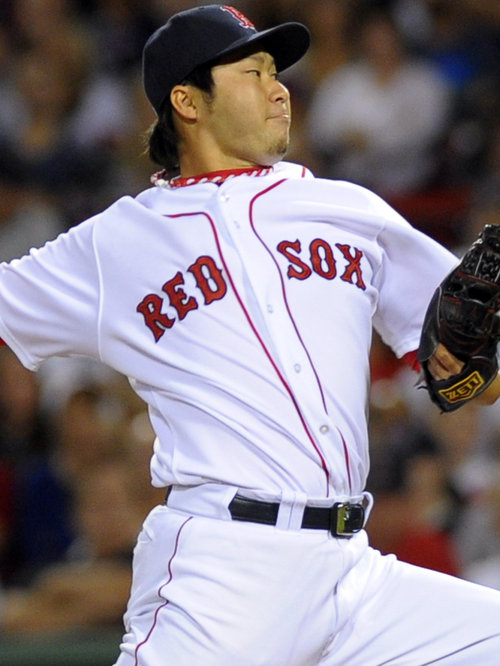 Junichi Tazawa hasn't been perfect, but the Red Sox have no problem with him as their setup man.

The only performance that really stands out as a negative is his July 6th outing against the Angels, where Koji relieved Alex Wilson with the bases loaded and two down and gave up a pair of singles. Even if you took that performance and put it in a clean inning, however, Koji very likely would have been able to avoid earned runs, as he followed those singles up with a double play ball (not turned, unfortunately, thanks to an E5) and strikeout.

Uehara still has a ways to go if he wants to challenge for top billing in all MLB history. There are a fair few pitchers who have gotten up above 30 innings, and some who have even pulled off 40. Even in recent memory Craig Kimbrel managed to rattle off 37.2 scoreless frames in 2011 (he's actually just behind Koji with another streak of 26.1 scoreless right now), and Aroldis Chapman produced 35 in the same year. And, as with all these other pitchers, the day will inevitably come when Uehara slips up and allows a run again, no matter how impossible that might seem to us now.

Until he does, however, Red Sox fans will continue to enjoy going into the ninth inning, no matter who's due to bat, with a feeling of security they haven't had in years.